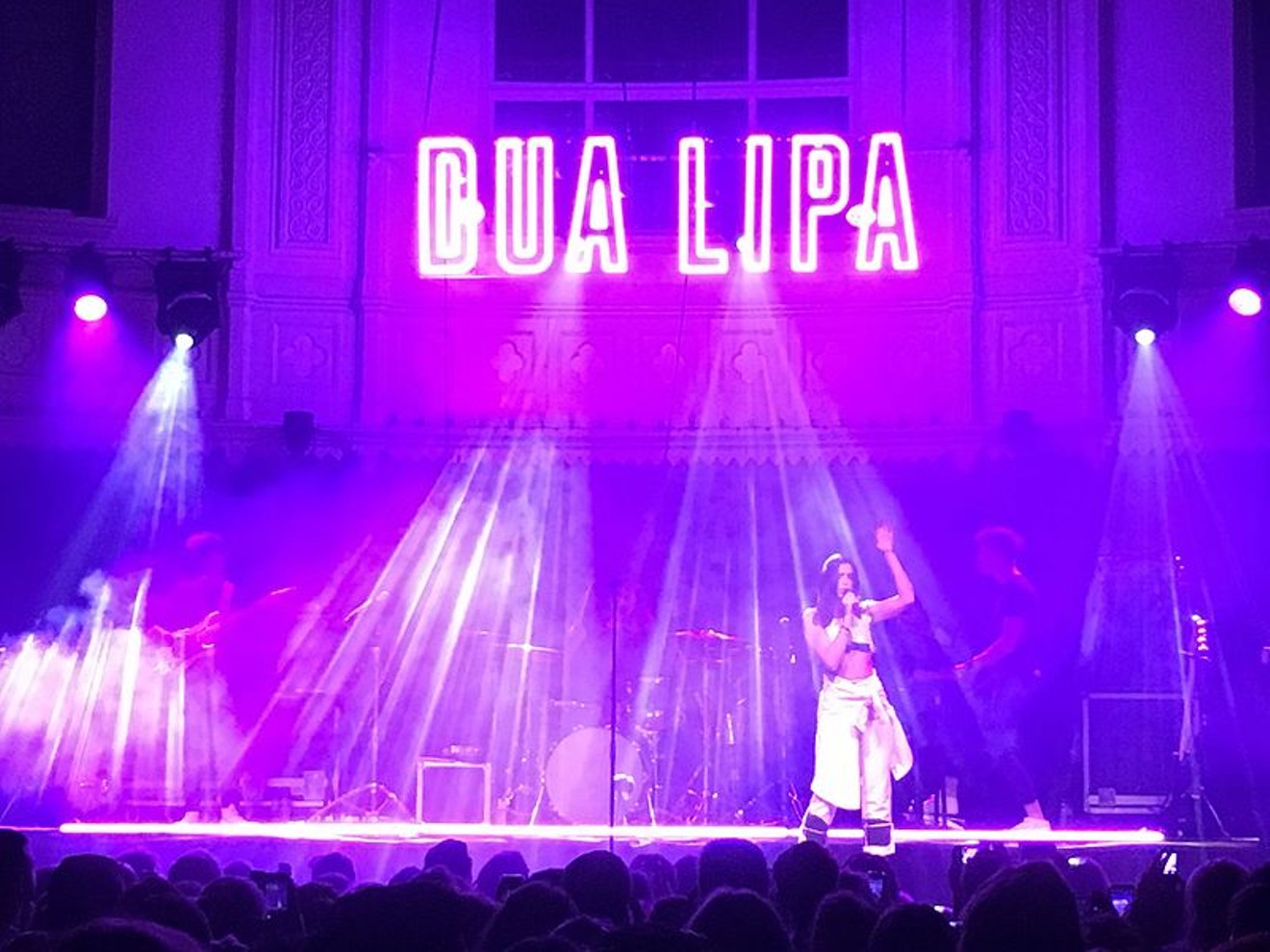 Dua Lipa sounds as good onstage as she does in her YouTube videos. Wikimedia Commons
It can be hard to trust record companies and believe that entertainers sound the same live as they do recorded. This especially rings true for electronic and pop genres. But sometimes, fans get really lucky, and an artist proves to be even better in person.

Dua Lipa is one of these beautiful exceptions. These days, there are a million ways to distort music, but you can’t fake vocal skills like hers when you break into the music industry covering songs on YouTube as a pre-teen.

The now 22-year-old English artist put on a performance Wednesday night at South Side Ballroom that doubled as a dance party so intense that not a single soul stood still. The sold-out show had all the right ingredients: an energetic Lipa, three killer bandmates and some knockout visuals. She opened the set with “Blow Your Mind,” her first single to climb the U.S. charts and make the Billboard Hot 100 list.

The set list featured all of Lipa’s best bangers, including “New Love,” “Hot like Hell” and the Martin Garrix collaboration “Scared to be Lonely.”

Lipa slowed things down long enough to sit down for one song. During a performance of “Homesick,” she sat atop a Plexiglass piano full of sunflowers. Fans remained entranced by the strength of her vocal range and the maturity of her sound and songwriting.

“I wrote this song when I thought I lost the love of my life and I had to fight real hard to get him back,” Lipa said as she introduced another track, “Last Dance.”


“I wrote this song when I thought I lost the love of my life and I had to fight real hard to get him back." – Dua Lipa


Her performance left little room for improvement. She never hit a wrong note or ran out of energy. In fact, her onstage energy radiated into the crowd from the second she walked out until her two-song encore ended.

Before Lipa returned to the stage after an hourlong set, a message appeared on the video screen.

“Warning: You are about to experience some explicit language and behavior. This is a song for all the fuckboys who have done you wrong. If you would like to participate in the next activity, please put your middle fingers up. Thank you.”

This prompted a near-perfect performance of “IDGAF” which left women feeling empowered as they belted the words alongside Lipa and gave their male counterparts a slight side-eye.

Lipa was dripping with pride as she performed her final tune of the night wrapped in a rainbow flag. She went out with a bang to “New Rules,” which has raked in more than 1 billion views on YouTube. She will return to South Side Ballroom for a second show Thursday night.
KEEP THE DALLAS OBSERVER FREE... Since we started the Dallas Observer, it has been defined as the free, independent voice of Dallas, and we'd like to keep it that way. With local media under siege, it's more important than ever for us to rally support behind funding our local journalism. You can help by participating in our "I Support" program, allowing us to keep offering readers access to our incisive coverage of local news, food and culture with no paywalls.
Make a one-time donation today for as little as $1.