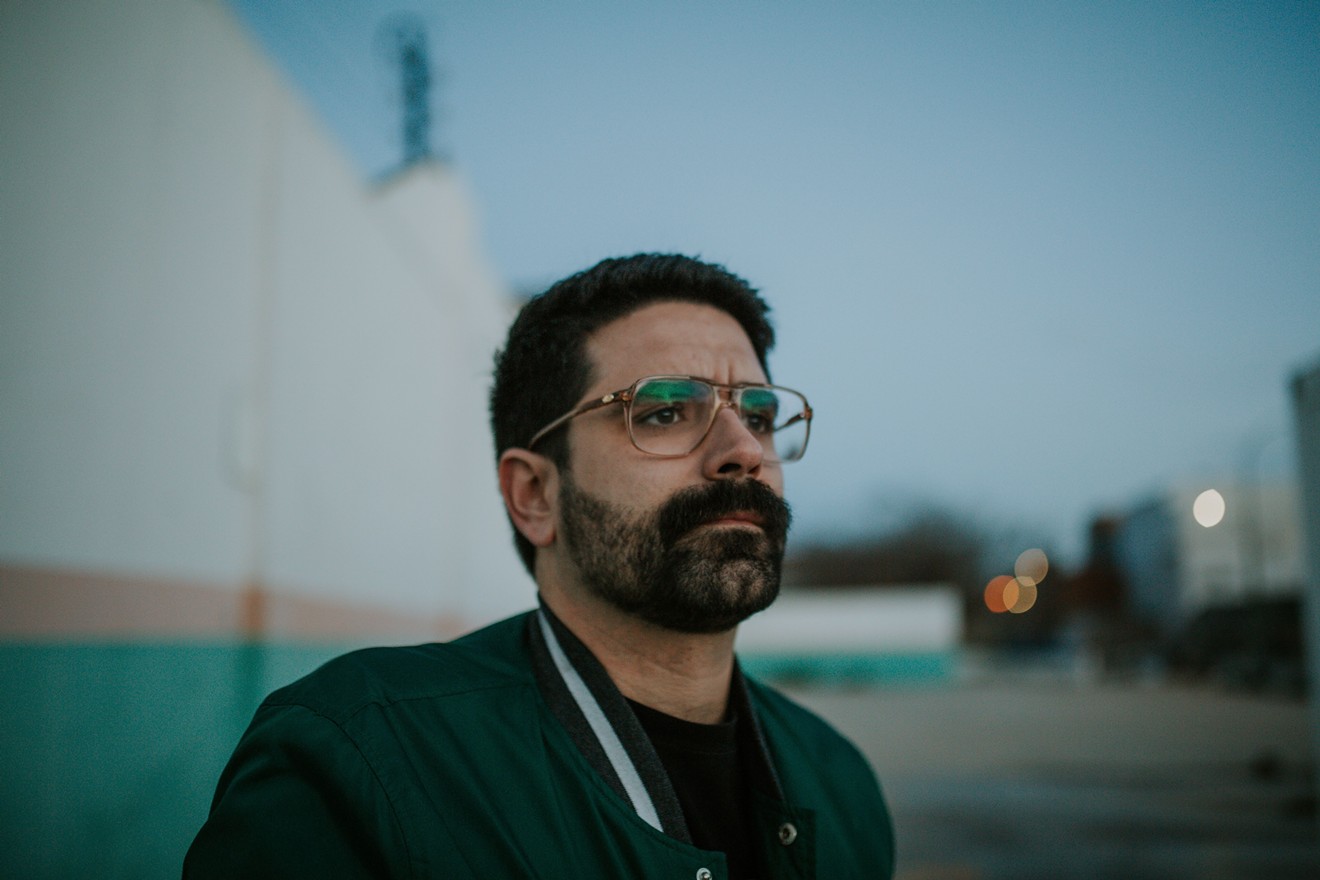 movingthecocos
Spanish author Benjamin Villegas had never traveled to El Paso, but he figured it would be the perfect spot to set his punk rock novel.

Out now in a new English translation from Deep Vellum Publishing and with a foreword by El Paso punk rocker Beto O’Rourke, ELPASO: A Punk Story is a novel about a band (ELPASO) that never existed in a punk scene that has been all but forgotten.

The novel tells the story of the rise and fall of a Chicano punk band — an imaginary one from the mind of Villegas — that existed in the very real El Paso punk scene of the 1980s.

As one reads the novel, thumbing through carefully altered flyers featuring the ELPASO’s name, it's hard to believe this is not a true story. While the novel’s prologue explains that this book is intended to be a biography of a band, in a sense, it is a biography about El Paso punk bands told through a single lens yet created from the stories of all who lived it.

“The official process began in 2014,” Villegas says, referring to when he first began compiling information for the novel, “but the real beginning started in the late-'90s when I started playing with my first band.”

Villegas grew up in a little town on the outskirts of Barcelona and formed a band with two friends after hearing Nirvana for the first time and being forever shaken.

“We were working-class people without any musical influence in our families,” Villegas says. “As I grew up and I discovered a lot of bands, I felt that I was more connected with this cultural movement, not with the music in my country or the music that my parents listened to.”

Before Villegas began writing this book, he told his original publisher in Spain that he wanted to write a longer book. Knowing he was a musician, they asked him to create a kind of mixed project that included an accompanying album. The intention was to have a novel with an original soundtrack, but Villegas thought that it would be more interesting to create a fake band.

“As I grew up and I discovered a lot of bands, I felt that I was more connected with this cultural movement." - novelist Benjamin Villegas

“I felt that I need to create my own band in the '80s in the United States, but I needed this band to be singing in Spanish,” Villegas explains. “I was fascinated by a lot of Texas bands like Scratch Acid, and I decided that someplace in Texas would be the perfect place for my band. And, then that moment appears — El Paso —it’s a medium-big city with the punk scene to tell my story.”

Piecing this novel into a single narrative from the hundreds of stories Villegas collected over his time traveling through Texas was only the first part of the author’s goal. Villegas also wanted to find a voice for his own life story.

“My personal story is tied to my grandpa's story,” Villegas says. “In the '60s, in Spain, we lived in a fascist dictatorship, and my grandpa traveled from the south to the north, searching for a better life for my dad and my uncles. In Spain, all the people speak Spanish, but we have some states that speak other languages. In Barcelona the language is Catalan, and my family are not Catalan speakers. My mother tongue is Spanish, and I feel really connected with the Chicano community and their bilingual situation.”

During Villegas’ travels to El Paso, he became connected with Will Evans from Deep Vellum through a network of punks and writers in the underground literary world. Knowing that Evans was a tattooed guy, a mustache lover and that he had been in punk made him the perfect partner to work with for an English release of the book.

“The book is an American book born in Texas,” Villegas says. “This is very important to me because all of those people told me about that El Paso diaspora and that guys are now are in Dallas, Austin, Los Angeles and all different places in United States. It was important for me to have a Texas publisher.”

The amount of research that went into this book is unfathomable, and it truly brings the El Paso punk scene of the 1980s to life in a way that nobody has or has even thought to do before. For Villegas, it’s more than just having a Spanish-speaking band so he could write and sing in Spanish, it’s about showing the world that American punk is bigger than New York, DC, San Francisco and so on.

“Yeah, the East Coast and West Coast are bigger, but the band in the middle of nowhere they never make any money, they only make music for music,” Villegas says. “They love the punk scene, and they create the place to play in — rent a warehouse, create the stage with their hands. It’s awesome. It's a very, very special place with very, very strange bands, but maybe the most original bands in the alternative scene.”
KEEP THE DALLAS OBSERVER FREE... Since we started the Dallas Observer, it has been defined as the free, independent voice of Dallas, and we'd like to keep it that way. With local media under siege, it's more important than ever for us to rally support behind funding our local journalism. You can help by participating in our "I Support" program, allowing us to keep offering readers access to our incisive coverage of local news, food and culture with no paywalls.
Make a one-time donation today for as little as $1.