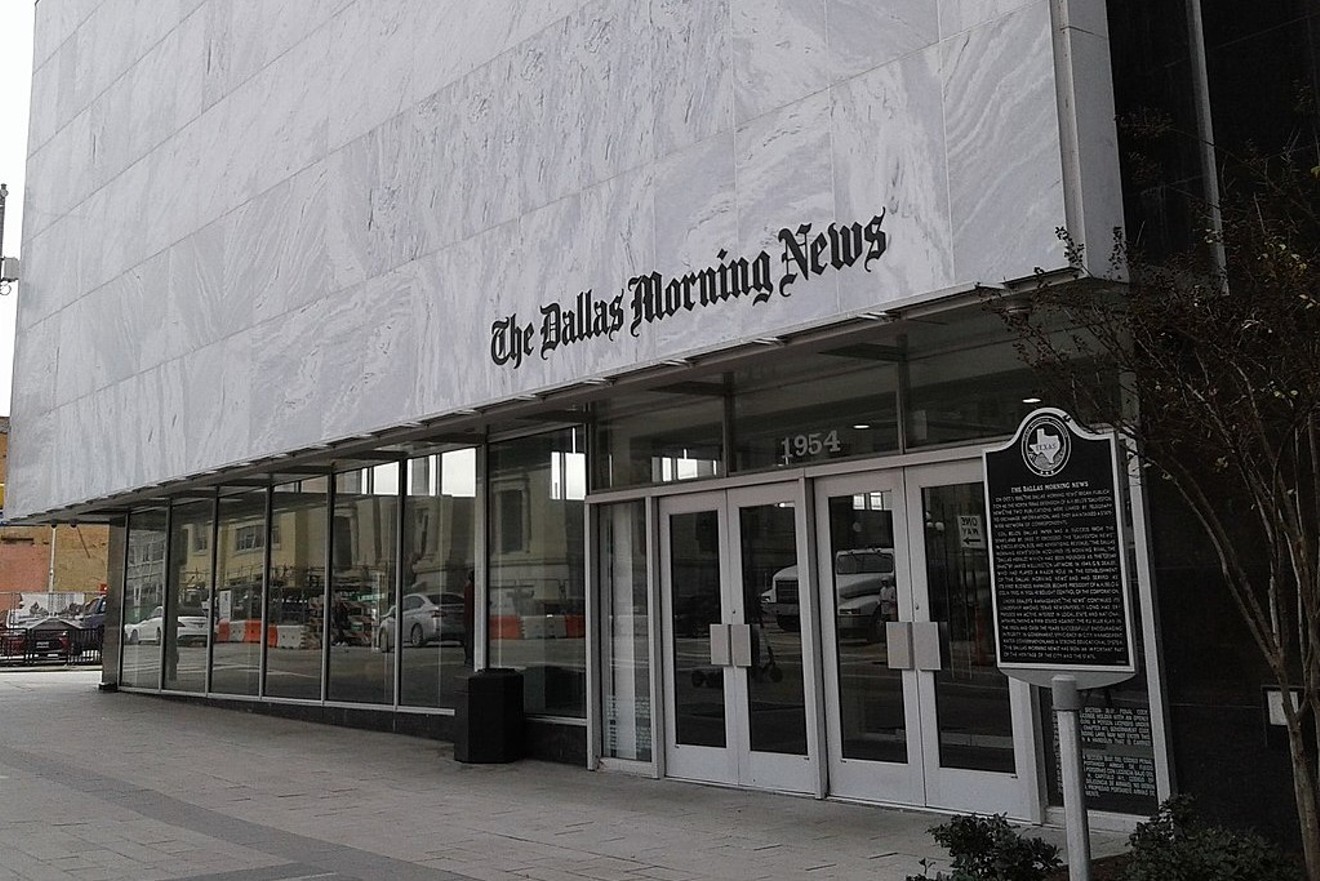 The Dallas Morning News' newsroom is looking to unionize, journalists at the newspaper announced Monday morning.

Newsroom employees, along with those from the newspaper's sister publication, Al Dia, requested voluntary recognition of the Dallas News Guild from parent company A.H. Belo. That request marks the first major step in forming a union.

In a news release, union organizers said they were seeking better protection for newsroom employees. They noted that the company didn't distribute personal protective equipment to newsroom employees until several weeks into the COVID-19 pandemic. They also said the company didn't offer security resources to reporters who were exposed to tear gas, less-than-lethal ammunition and thousands of possible COVID-19 carriers at recent protests.

"Our ultimate goal is to protect local journalism through Al Dia Dallas and The Dallas Morning News," Al Dia Dallas reporter Imelda Garcia said. "Our multi-diverse community needs strong journalists to tell the stories that must be told in these troubled times. The time for unity is now."

In the release, David Tarrant, an enterprise reporter for the Morning News, acknowledged the financial difficulties newspapers face.

"We believe that by uniting as partners with management, we can keep the paper and its many platforms alive and serve our readers and audiences across Texas and beyond in meaningful ways for years to come," he said. "That is our goal, plain and simple."

If the labor organizing effort is successful, the Morning News would be the latest among several news organizations across the country to become unionized in the past few years. Last year, the Los Angeles Times reached a tentative agreement with its newsroom's newly formed union. Earlier this year, newsroom employees at alt-weeklies Miami New Times and Phoenix New Times announced they were forming a union. Both papers are owned by Voice Media Group, the parent company of the Dallas Observer.
KEEP THE DALLAS OBSERVER FREE... Since we started the Dallas Observer, it has been defined as the free, independent voice of Dallas, and we'd like to keep it that way. With local media under siege, it's more important than ever for us to rally support behind funding our local journalism. You can help by participating in our "I Support" program, allowing us to keep offering readers access to our incisive coverage of local news, food and culture with no paywalls.
Make a one-time donation today for as little as $1.