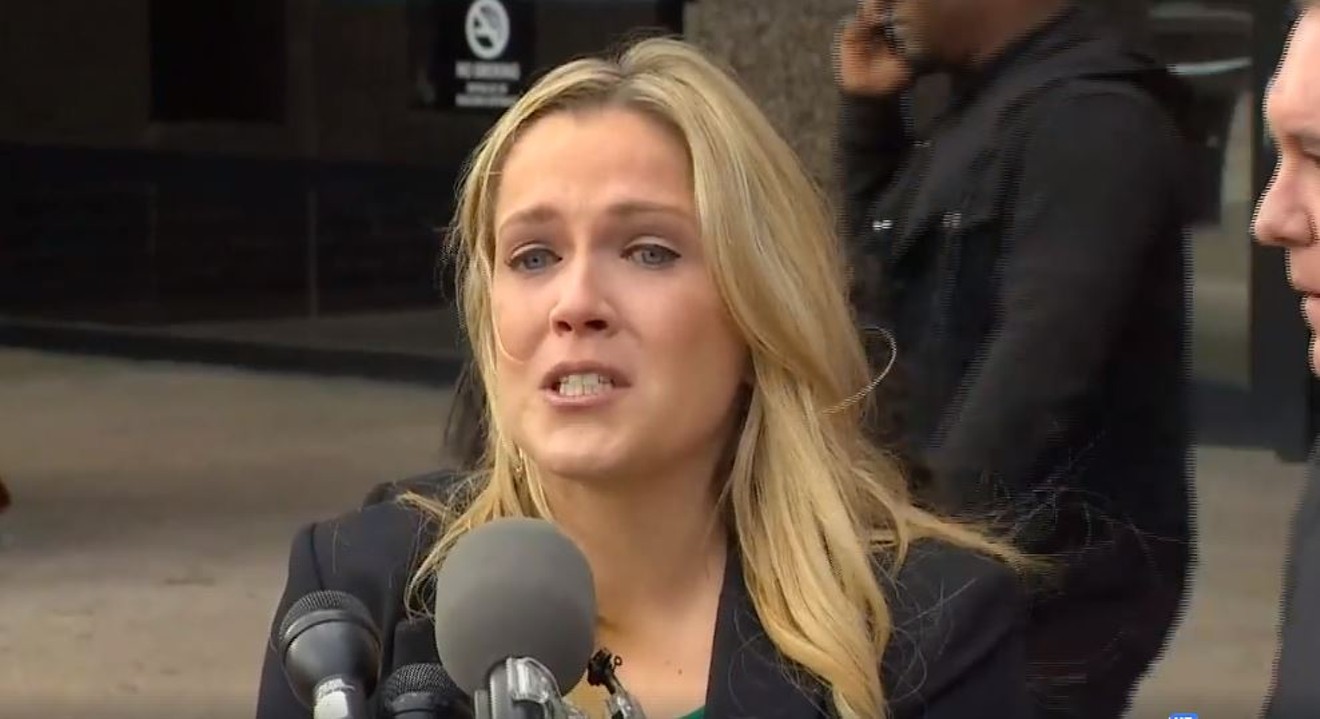 Jody Warner was tearful during her press conference Tuesday. Wfaa via Facebook
So close but so far away. Jody Warner, the Dallas County prosecutor fired for drunkenly berating an Uber driver over the weekend, nearly made it home before she and the driver had a falling out over directions. Shaun Platt, her Uber driver, ended Warner's ill-fated ride Friday night about a block from her home, according to Warner's statement to the Dallas County District Attorney's Office.

"When we got close to my home, the Uber driver was having trouble locating my condo and we both became frustrated. I was exhausted and had also been drinking and was ready to go to bed," Warner wrote. "He eventually pulled over about a block from my home and told me to get out of his car, which I wasn't 100% comfortable with because I felt I was intoxicated."

In Platt's statement, he says Warner became incensed when he asked her whether to turn left or right after Warner's request that he take a different route than the one presented by Uber's GPS.

"She became irate and angry, cursing and calling me names. Stupid, dumbass and retard," Platt wrote. "I told her that I wouldn't put up with her verbal assault and I told her I would pull over and let her out if she continued."
click to enlarge

After pulling over, Platt called the police. He began recording Warner, who refused to get out of the car, with his phone. On the recording, Warner says that she hopes the police "fuck him up," and informs Platt that she is an assistant district attorney who is "pissed the fuck off." When the police showed up, they quickly sent Platt on his way and gave Warner a ride home.

After reviewing the statements, which were given Saturday, and Platt's tape, Dallas County District Attorney Faith Johnson fired Warner on Monday afternoon. Warner told the media Tuesday that she regretted the language that she'd used on the tape, but she'd reacted that way because she was uncomfortable about the route Platt was taking to her home.