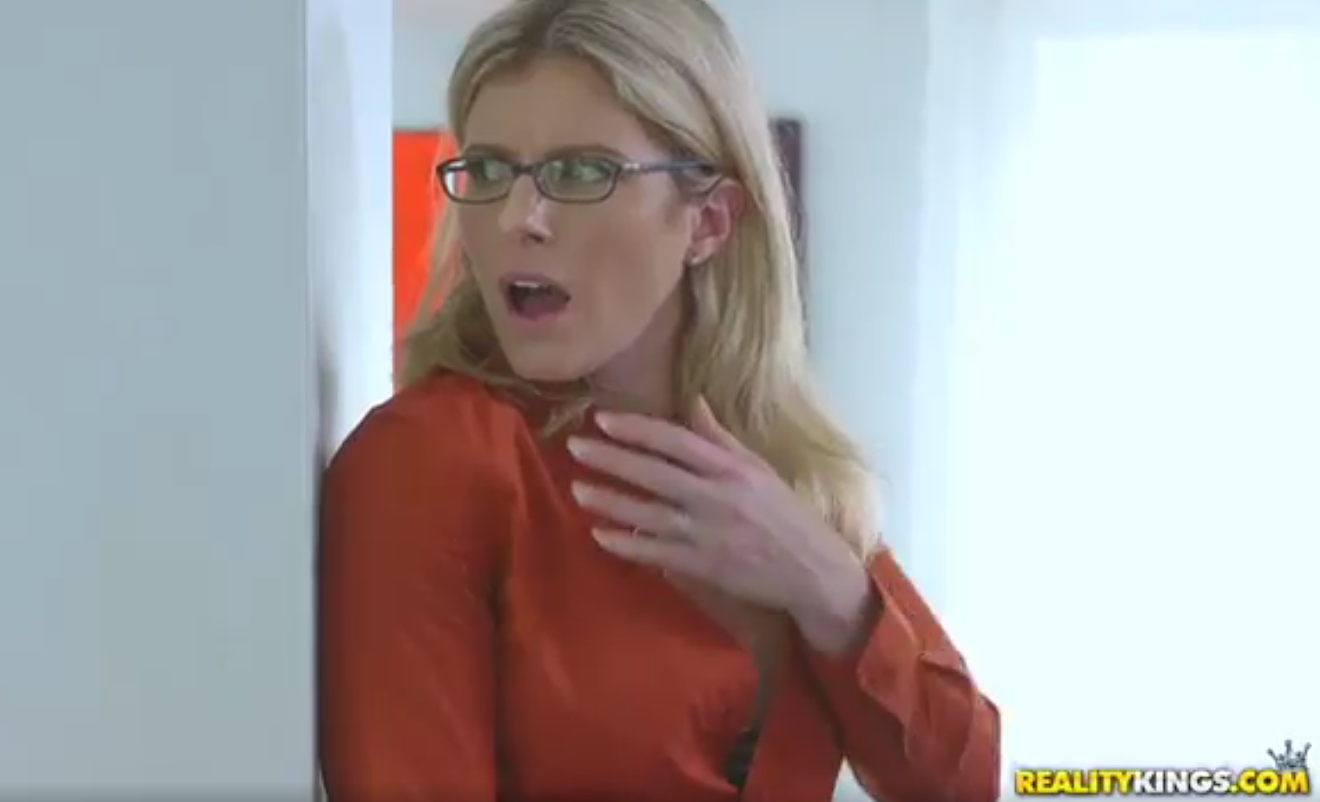 The Dallas Observer called his office for comment, and our call has not yet been returned. Catherine Frazier, Cruz's communications director, tweeted on tuesday that "the offensive tweet posted on @tedcruz account earlier has been removed by staff and reported to Twitter."

Political reporter Yashar Ali posted a capture of the moment: 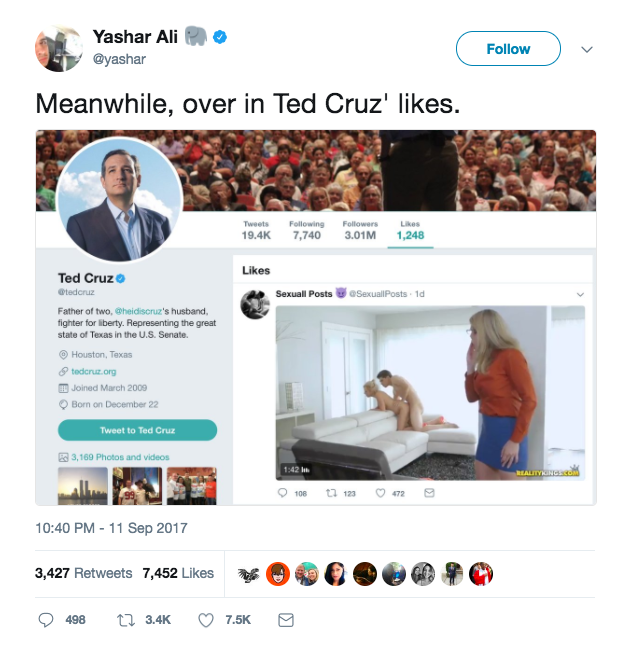 Sen. Ted Cruz's account liked a pornographic tweet this morning.
Screenshot from @yashar
KEEP THE DALLAS OBSERVER FREE... Since we started the Dallas Observer, it has been defined as the free, independent voice of Dallas, and we'd like to keep it that way. With local media under siege, it's more important than ever for us to rally support behind funding our local journalism. You can help by participating in our "I Support" program, allowing us to keep offering readers access to our incisive coverage of local news, food and culture with no paywalls.
Make a one-time donation today for as little as $1.