Two Sides to Every Rental: Dallas Looks to Regulate Short-Term Rentals in Neighborhoods Dallas might soon place strict regulations on where short-term rental housing can exist. iStock/Wachiwit
In June, short-term rental company Airbnb announced a ban on so-called “party houses.” The Silicon Valley titan stated that the trial ban it placed on bookings for “open-invite” events and other crowd-attracting scenarios at properties hosted on its site in 2020 proved effective enough to turn into a permanent ban.

“We believe the neighborhoods and communities in which we operate are as important as the Hosts and guests who use our service,” begins the Airbnb statement.

A growing number of Dallas residents likely stopped reading at that early point, if they bothered to read it at all. Airbnb’s attempt at compromise isn’t exactly what they’re after at this point. If Airbnb was hoping the ban would satiate unhappy neighbors and concerned city governments, it now has an answer from the city of Dallas.

After years of talk, tighter regulation on the short-term rental business in Dallas seems to be closer than ever before, with neighborhood activists hoping the city installs a great deal of structure to a system that never had much to begin with.

“We think short-term rentals should be added to the definition of lodging,” says Tom Forsyth of the Texas Neighborhood Alliance, Dallas chapter. “And to us, that pretty much means that short-term rentals would not be able to operate in residential areas.”

On Dec. 8, the city Plan Commission will hold a daylong session that will likely go a long way toward deciding whether such a ban will go through. But a major question needs to be answered before short-term rentals can be legally booted from single-family residential neighborhoods.

On top of that, just because a short-term rental property meets the requirements for tax purposes doesn’t mean it complies with current zoning requirements.

“We feel what is good for the goose is good for the gander,” Forsyth says. “If the city is going to say, ‘Hey, you’re a hotel,’ and they’re going to collect tax because you’re serving a hotel’s purpose, then the city should apply the same logic to the development code and say that since you’re a hotel you’re [a] lodging use, and lodging uses are excluded from residential zones.”

Forsyth has dealt with the headaches a party house can unleash on an otherwise peaceful neighborhood. For a few months at the end of 2021 and into 2022, his area near Kiest Park in southern Dallas had to tolerate excessive noise, errant trash and lines of parked cars blocking residents from their own driveways  before things improved, thanks in part to the efforts of Dallas City Council member Carolyn King Arnold.

There’s no denying such a scenario can be aggravating for a neighborhood, but how big a problem are disruptive party houses from a citywide perspective? Considering the thousands of Airbnb and VRBO listings in Dallas, are there really enough complaints to warrant the seismic shifting of an entire industry? There’s not a clear answer.

According to a short-term rental impact analysis update released by Dallas City Hall on Nov. 10, “over 88 percent of STRs generated zero 311 or 911 calls,” and “on average, STRs had one more 311 and 911 call associated with their addresses than non-STR properties.”

Forsyth calls those numbers “poppycock.” He says that it’s impossible to really know how many complaints have been called in because many neighbors don’t know if they’re reporting a short-term rental property or not when they call to complain about noise or other nuisances. Besides, he says, even if that number is accurate, it’s still way too high when you think about the frustration and strife a homeowner goes through in that scenario.

"No one should have to live next to a loud party house in their neighborhood, but those make up such a small percentage." – short-term rental owner Jeremy Turner

But Jeremy Turner, a Dallas-based Airbnb owner, sees those stats in a different light. As the host of four unique, retro-themed properties in town, including a Saved by the Bell house and a place decked out like Kevin Malone’s place from Home Alone, he thinks no news in the neighborhood is good news.

“This started because people were unhappy about living next to party houses,” he says. “And that’s fair. No one should have to live next to a loud party house in their neighborhood, but those make up such a small percentage. I think this ban would be like punishing the entire classroom when the teacher knows who the offender is. A lot of the time, people don’t even know they’re living next to a short-term rental because the owner is a good neighbor and the guests are quiet.”

Turner says the neighbors around his properties have his phone number and have called him before to report issues. Once he had to break up a party when a guest failed to observe the "no parties" house rule by bringing more people into the house than was allowed. He did what he wished any neighbor or Airbnb host would do, he says. 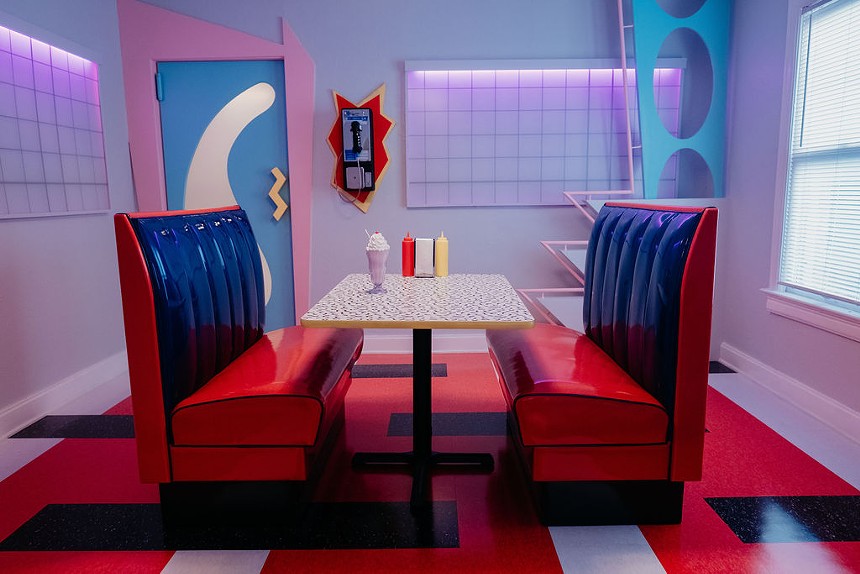 Jeremy Turner's four short-term rental properties include one with a Saved by the Bell theme.
Jeremy Turner
He’s concerned that as someone who tries to be a good neighbor, pays his occupancy taxes and follows the rules, he could forfeit his business through no fault of his own. Turner says he has put a lot of money into his properties and he knows of local hosts who won’t be able to financially recover if their short-term rentals become illegal.

One of the primary concerns of neighborhood groups is the high number of absentee owners, investors who build a portfolio of properties they aren’t living in or even near. The lack of guest-vetting makes it easier for bad actors to egregiously disrupt a quiet neighborhood. Turner agrees the numbers are shifting too far in the direction of absentee owners, but he thinks a bit of regulating is in order rather than the type of outright ban the city is considering.

“The good hosts are living out what the regulations should look like,” he says. “Hosts should be good neighbors that take care of their properties, who welcome neighbors calling them if there are problems. Right now, I think people’s anger is blinding them because all they know about Airbnb hosts are the bad ones, but that’s not the reality for most people.”
KEEP THE DALLAS OBSERVER FREE... Since we started the Dallas Observer, it has been defined as the free, independent voice of Dallas, and we'd like to keep it that way. With local media under siege, it's more important than ever for us to rally support behind funding our local journalism. You can help by participating in our "I Support" program, allowing us to keep offering readers access to our incisive coverage of local news, food and culture with no paywalls.
Make a one-time donation today for as little as $1.
Kelly Dearmore