Urban Farms in Dallas Will Be Vital to a Healthier Population, City Officials Say 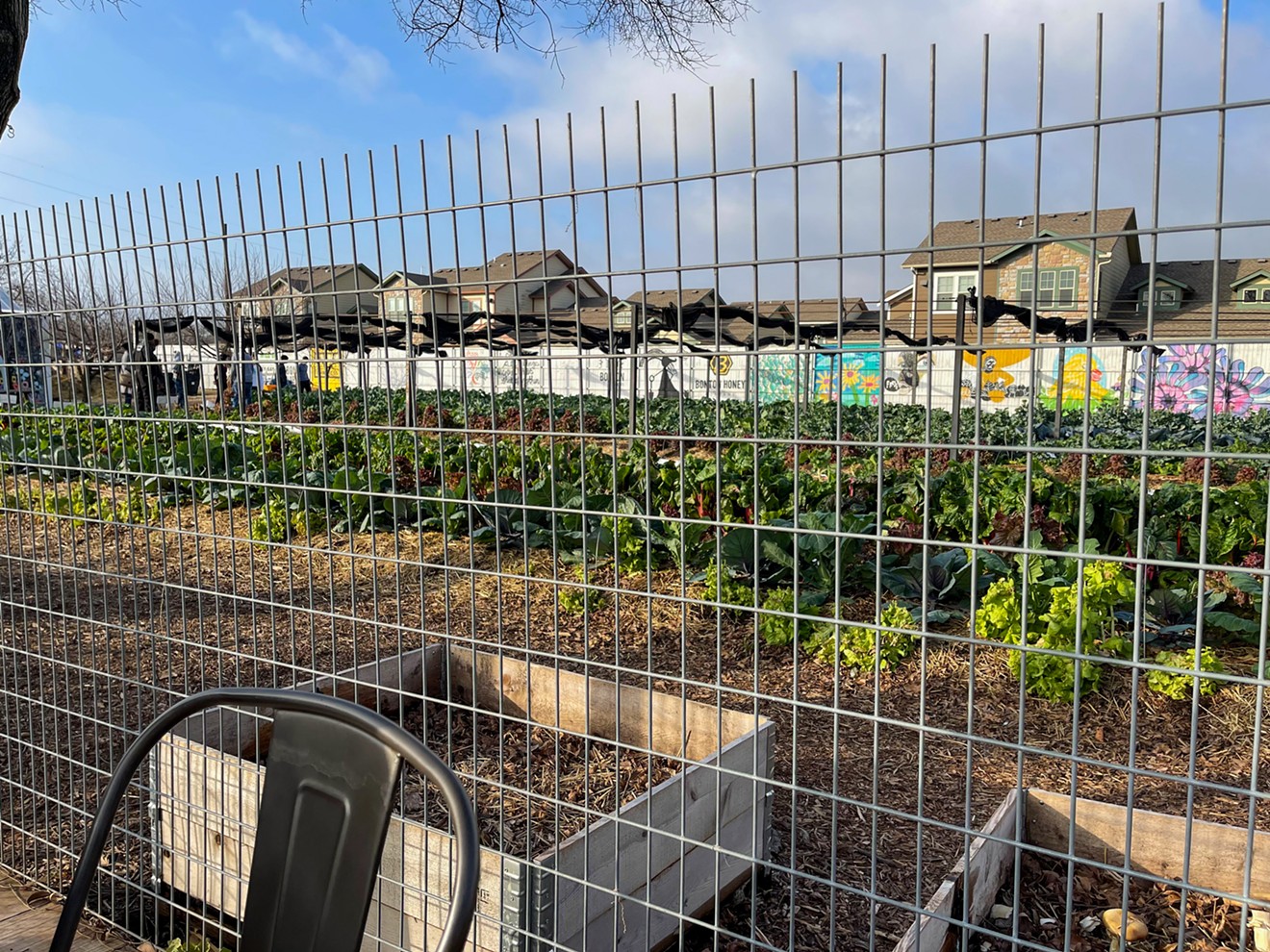 A new initiative would bring more urban farms to Dallas, like Bonton Farms (pictured). Taylor Adams
If Dallas’ Office of Environmental Quality and Sustainability (OEQS) has its way, there will soon be vegetation growing along the walls of downtown’s underground pedestrian tunnels. That’s not the only unusual place food might be grown under the proposed Comprehensive Urban Agriculture Plan. Vacant strip malls, empty big box stores and silos are also in the mix for future sustainability efforts.

“We’re looking at a variety of locations,” says Susan Alvarez, the assistant director of the OEQS. “The urban ag plan is one of the actions in our Dallas Climate Action plan, and as we look at predictors of increased temperatures and all the weirdness that is going on with California weather right now, we think there’s a push for what is called ‘contained environmental agriculture,’ which is just a fancy way of says ‘doing stuff inside.’”

The plan is a multi-pronged outline that includes elements aimed to meet some of the immediate needs of Dallas residents and to create a long-lasting, sustainable model for a future with cleaner air and plentiful fresh food options. Local food deserts, areas with no grocery stores selling fresh fruits, vegetables and other perishable items within a 5-mile radius, will benefit from this plan.

Under the the plan, food can be grown inside as well as outside at one of the city’s urban farms. As is the case with many local government initiatives, building awareness, increasing a network and garnering buy-in from the City Council is very much needed.

“We do have ‘buy local’ measures in the plan,” Alvarez says. “Those are intended to be rolled out once we get consistent growing and volumes that we can bring to market. We’re working with our Office of Economic Development on that store piece of the plan. Right now, I think we have less than 8% of our food that is grown locally.”

That’s where the environmental meets the edible in this case. Because so much of the world’s climate change-driving emissions come from the transport of food, Dallas can help create its own cleaner air by requiring far less food to be brought in from thousands of miles away and growing more of it inside the city limits.

But to be clear, more urban farming is needed in Dallas for this plan to work, not smaller-scale urban gardening. Often, people tend to think about the nonprofit community gardens they see around town when they hear someone talking about urban agriculture, but Alvarez says Dallas farms such as Bonton Farms, Restorative Farms and Dallas Half Acre Farm are what they would like to see more of.


"Right now, I think we have less than 8% of our food that is grown locally." – Susan Alvarez, Dallas Office of Environmental Quality and Sustainability

Those are fine farms and they make for a good start, but there needs to be more, according to Carlos Evans, the director of the Dallas OEQS. “In the short term, we’re focused on growing productive acreage,” he says. “I think at this point, we only have 15 acres of that in the city. We want to remove regulatory barriers, support land access and provide tools to the community that will expand land access.”

Evans, Alvarez and urban agriculture coordinator for the OEQS, Rabekha Siebert, have seen similar programs work in other cities such as Atlanta and Philadelphia, among others. The OEQS has met with the city manager’s office, city attorneys and the City Council to discuss the plan. There are council meetings coming up soon for Evans and his team to seek support for the plan's adoption.

Moving forward, there are volunteer programs scheduled along with the Dallas InnerCity Growing Summit, both designed to build a network of people interested in urban agriculture and farmers. But the benefits of the plan should extend far beyond those with a city slicker’s green thumb. Alvarez points to the early days of the COVID-19 pandemic, when during the early shutdown period, the public began to understand just how fragile the food supply chain can be.

She says a greater focus on locally grown foods will help navigate that vulnerability in the future. To describe why urban farming is essential for Dallas residents, Evans points to a simple, relatable equation.

“We need local, healthy food to be a healthy population, and that’s in short supply,” he says. “We need to build that supply.”
KEEP THE DALLAS OBSERVER FREE... Since we started the Dallas Observer, it has been defined as the free, independent voice of Dallas, and we'd like to keep it that way. With local media under siege, it's more important than ever for us to rally support behind funding our local journalism. You can help by participating in our "I Support" program, allowing us to keep offering readers access to our incisive coverage of local news, food and culture with no paywalls.
Make a one-time donation today for as little as $1.
Kelly Dearmore