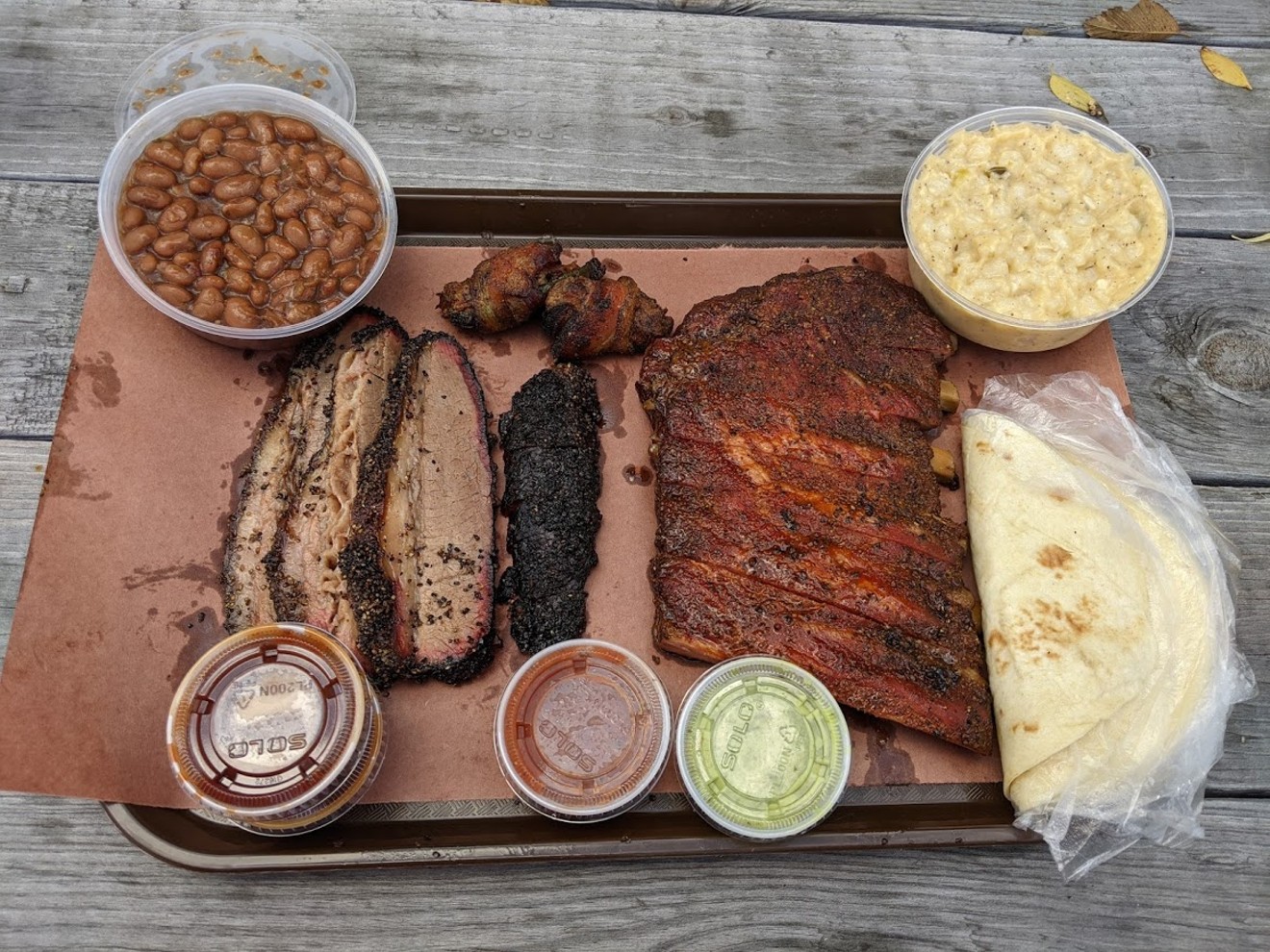 A spread of Zavala's Barbecue specialties at one of its outdoor picnic tables. Brian Reinhart
This winter two of the Dallas area’s favorite barbecue spots suffered serious damage, one in a fire and another in the February snowstorm. They’re facing starkly different roads back to recovery.

On April 10, Zavala’s Barbecue reopened its doors to customers in Grand Prairie. The spot had been knocked out by frozen pipes in February when one the owners didn’t even know about burst in the attic, and water poured onto electrical equipment and into walls.

Days earlier, Hutchins Barbeque in McKinney announced that its planned reopening was delayed until summertime. A fire on New Year’s Eve had made it necessary to replace a large section of the roof and attic. Owners Wes, Tim and Trey Hutchins originally told The Dallas Morning News they hoped to reopen in April.

But that, unfortunately, won’t happen. On April 5, Hutchins posted a statement on its Facebook page: “While we were hoping to be back open by this month, the damage from the fire at our McKinney location was more extensive than anticipated. It’s looking like a summer reopening is more realistic.”

Fortunately, customers in Dallas’ northern suburbs can visit the second Hutchins location, in Frisco. In an interview, Tim Hutchins told Local Profile that the business has managed to keep almost all of its employees by moving many of them to the Frisco restaurant for now. He also notes that he’s had experience with this situation before; Hutchins Barbeque had its first major fire in 2012.

Hutchins BBQ slicing up brisket for their popular brisket slider.
Melissa Hennings
Whenever the delays are resolved and the construction is completed, McKinney customers will surely be ready to greet some of the best barbecue in the Dallas area, a mainstay of the Texas Monthly Top 50 Barbecue Joints and the Dallas Observer Top 100 Restaurants.

Meanwhile, in Grand Prairie, owner Joe Zavala greeted customers for the first time in two months with a special of smoked beef cheeks and promptly sold out by mid-afternoon. When I stopped by to pick up some cheeks and pork ribs, he told me something surprising.

“This was a blessing in disguise,” he said, and then gestured at the remodeled dining room. Replacing clunky old HVAC equipment and taking out walls created an opportunity to claim more usable space in the dining room. It’s now a bigger area with more room for people to spread out.

Zavala is just worried that, with quality competition all across North Texas, customers may have forgotten about his restaurant. Based on my takeout meal of make-them-yourself beef cheek tacos, his team hasn’t forgotten how to smoke meat.
KEEP THE DALLAS OBSERVER FREE... Since we started the Dallas Observer, it has been defined as the free, independent voice of Dallas, and we'd like to keep it that way. With local media under siege, it's more important than ever for us to rally support behind funding our local journalism. You can help by participating in our "I Support" program, allowing us to keep offering readers access to our incisive coverage of local news, food and culture with no paywalls.
Make a one-time donation today for as little as $1.