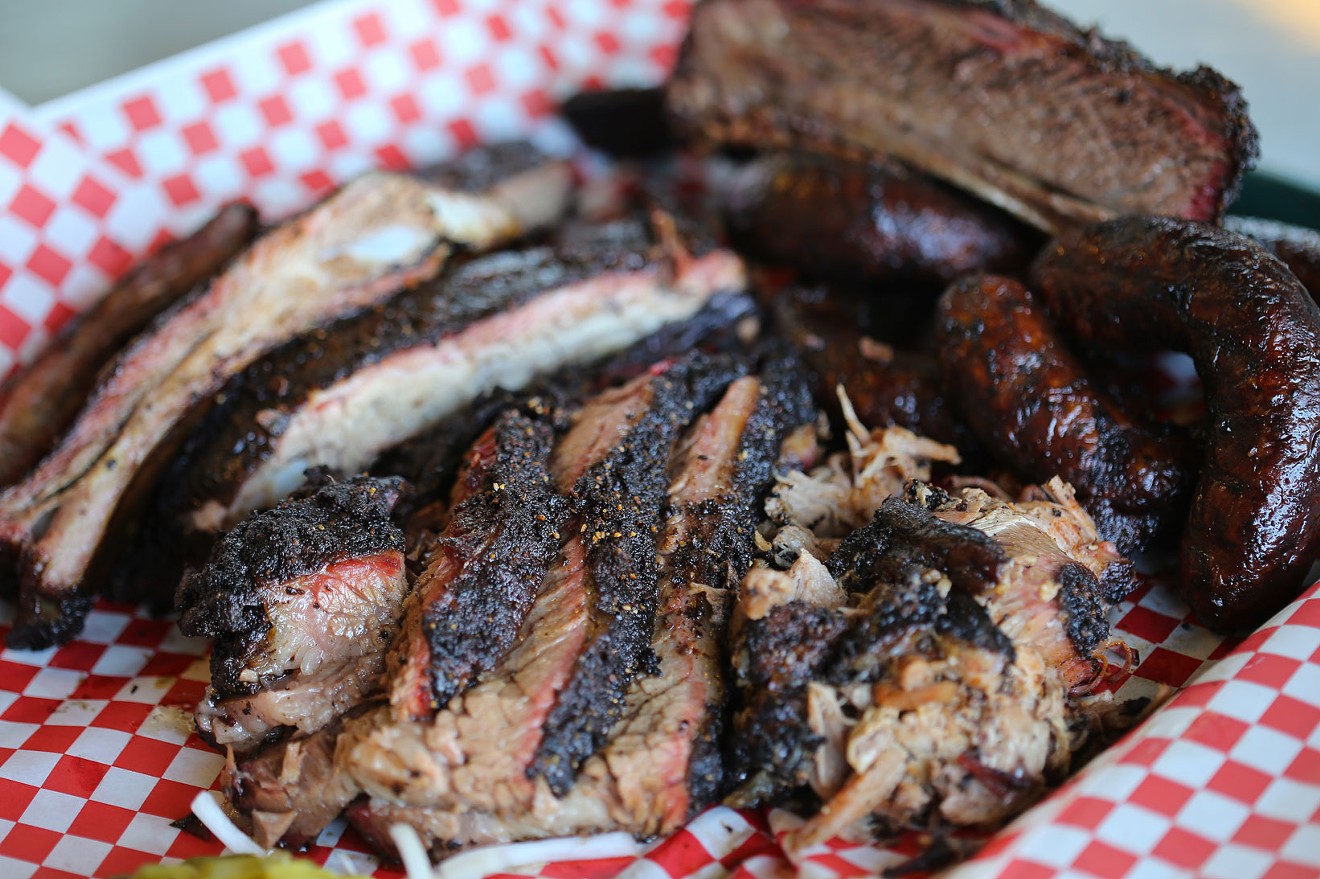 Brisket, ribs and sausage from Pecan Lodge Catherine Downes
This one’s a doozy. It’s sort of a good news-bad news situation. Let’s start with the good news: An international food organization has voted Pecan Lodge the third-best “cheap eats” restaurant in all of North America. Yes, from the Panama Canal all the way to Santa’s workshop, there are apparently only two cheap meals better than Pecan Lodge’s brisket.

Now here’s the bad news. The organization that published the list, Opinionated About Dining, is controversial at best and disreputable at worst. Its founder, Steve Plotnicki, has recently courted notoriety by loudly offering his support for chefs accused of presiding over workplace cultures of harassment or abuse. Several judges who voted on the new list have resigned in protest.

Also, the list misspells the names of Pecan Lodge owners Justin and Diane Fourton, who are not “Fourtun.”

Opinionated About Dining simultaneously released its “cheap eats” ranking and an overall list of North America’s best restaurants, which is led by surprise No. 1 choice Willows Inn on Lummi Island, Washington. That’s a surprise because a New York Times investigation recently reported on shocking working conditions at Willows Inn, including a culture of harassment of teenage women, debauched parties, wage theft and  “racist, sexist and homophobic slurs.”

Even a customer solely concerned for food would be interested in the Times’ finding that many ingredients Willows Inn claims were foraged, hunted or wild-caught were in fact fakes, like frozen scallops trimmed down to look smaller or chickens really from Costco.

Plotnicki’s official defense of Willows Inn came in the form of Facebook comments that have been widely shared on independent reporter and commentator Joe Rosenthal’s Instagram feed in a highlight called “Enablers.”

Plotnicki wrote, “I don’t really care about how shitty it is to work there …. Blaine is one of the premier craftsmen in the world of fine dining and I think the most important thing is to preserve his place in that world. Trying to cancel him for transgressions leaves us worse off …. I just hope this article doesn’t impact my ability to enjoy his food.”

Plotnicki’s own Twitter feed is full of even stranger sentiments, such as this one from May 21: “What if people think what you are describing as white supremacy is on balance, a good thing? What if but for those people, we would all be living in shacks as hunter/gatherers dying from smallpox and tuberculosis? I don't see how you tease the good from the bad.”

Since the announcement of the lists earlier this week, at least three of Opinionated About Dining’s voters have announced their resignation from the organization. Two did so via Instagram stories, messages that disappear after a fixed time. (Rosenthal forwarded screenshots to me.)

One of those judges, Andrew Cheng, wrote, “I like fine dining. I like tasting menus. But some things are more important.”

Adahlia Cole, another former voter, posted a permanent video to Instagram discussing her resignation and calling Opinionated About Dining “kind of like Yelp for rich people.”

“Allowing Willows Inn to remain on the list at all, let alone in the number one spot, feels like a tacit approval by way of silence, to me,” Cole said in the video. “As a woman, as someone who worked in kitchens growing up and who now works in restaurants again in a comms role, I am disgusted.” 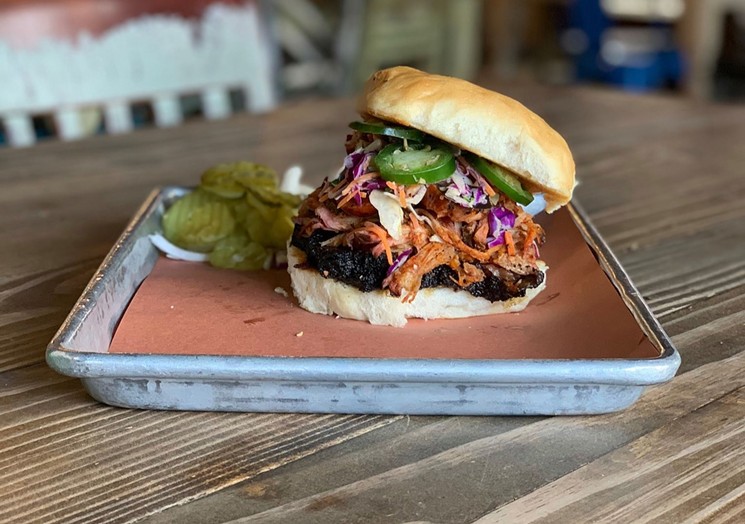 The Pitmaster, aka Leaning Tower Sandwich, at Pecan Lodge
courtesy Pecan Lodge
Bearing in mind that Opinionated About Dining apparently thinks Costco is a “premier craftsman” of chicken, let’s turn to the cheap eats list. Pecan Lodge’s only superiors are La Barbecue in Austin and Taqueria Los Cocuyos in Mexico City. Like the Fourtons, La Barbecue’s owner, LeAnn Mueller, also has her name misspelled (“Leann”) on the organization’s list.

Austin’s Franklin Barbecue ranks fourth, which means that Texas barbecue wins three of the top four spots on the whole continent. Take that, sandwiches and pizza and wings and burgers and vegetables.

No other Dallas restaurant made the “cheap eats” list, although Lucia is ranked No. 125 for “casual” restaurants, and Tei-An is ranked No. 147 on the “casual” list, leaving us to wonder what exactly the word casual means. On the list of best overall restaurants, led by Abusive Costco, we find Dallas in the honorable mentions, with nods to Knife, Uchi and The Mansion on Turtle Creek, a restaurant this author, a professional food writer, forgot was still open.

In light of Opinionated About Dining’s organizational philosophy, it should be pointed out here that no allegations of misconduct have ever been levied against the leadership of Pecan Lodge, Lucia, Tei-An or Uchi Dallas. On the contrary, Pecan Lodge in particular is renowned for its charitable work.

A former executive chef at The Mansion on Turtle Creek, Tom Parlo, was fired and escorted off the premises by security for unknown reasons in late 2017. The executive chef of Knife, John Tesar, was arrested on a domestic violence charge in 2015. That charge was dismissed after Tesar completed an anger management course.

Pecan Lodge has yet to acknowledge the accolade on its social media feeds.
KEEP THE DALLAS OBSERVER FREE... Since we started the Dallas Observer, it has been defined as the free, independent voice of Dallas, and we'd like to keep it that way. With local media under siege, it's more important than ever for us to rally support behind funding our local journalism. You can help by participating in our "I Support" program, allowing us to keep offering readers access to our incisive coverage of local news, food and culture with no paywalls.
Make a one-time donation today for as little as $1.