For 21 Years, the Cock & Bull in Lakewood Has Been the Antidote to the Trendy Gastropub 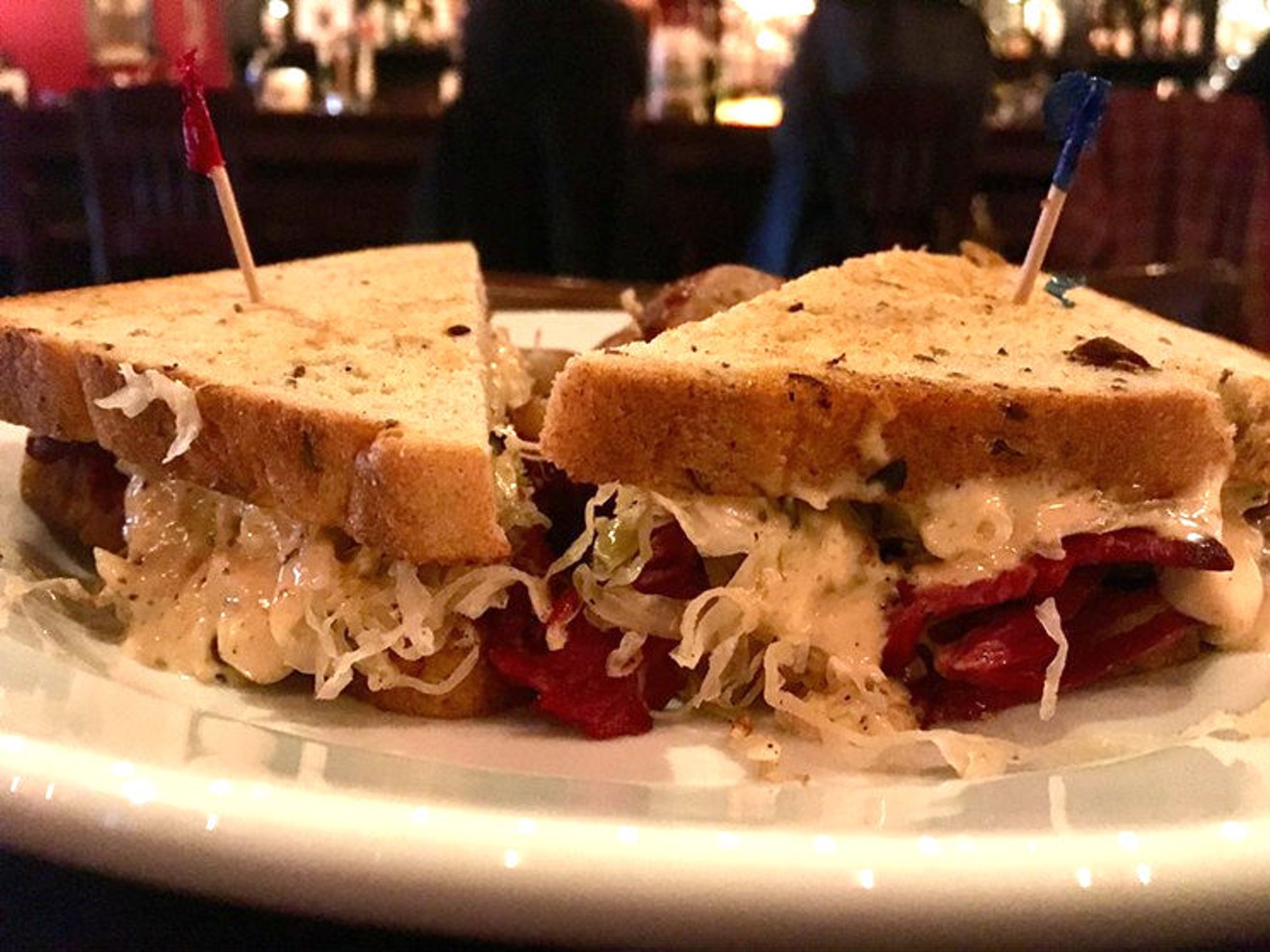 The Reuben melt with corned wagyu-style beef, sauerkraut and Gruyere cheese. The Thousand Island sauce has jalapeño folded in. Nick Rallo
All-American is a series that looks at beloved, longstanding North Texas eateries and examines their histories while exploring how the food has changed — for the good or bad — over the years.

Once you're in the dark embrace of the Cock & Bull, other than yanking out your phone there is no way of knowing that it's 4 p.m., sun blazing on a cold winter day.  At the entrance, a shell of knight’s armor stands guard, unmeticulously wrapped in Christmas lights. The grandfather clock doesn’t chime — it hasn’t worked for years. A barfly is stationed at each bar stool. A bottle of Coors is parked in front of a patron wearing a cowboy hat. He’s the kind of guy who wanders around to other customers in the bar making jokes. Another guy, down the line at the counter top, is gnawing on a rope of jerky.

“You just jerkin’ around down there?” says the man in the cowboy hat to the man with the cured beef rope. Everyone laughs, and the jerky man retorts: “That’s some low-hanging fruit.”

And then Cock & Bull's corned beef Reuben arrives, slaked in a spicy Thousand Island sauce, and it’s time to dive in. It’s a sandwich that sparks and crackles, heat and spice somewhere in between the sting from a July 4th sparkler and the rich smoke from barbecue. 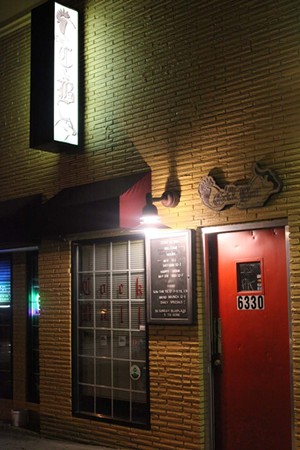 The exterior at the Cock & Bull.
Observer file photo
“True love is a treasure that few men ever find,” the jukebox croons. It’s some unmistakable '80s country, and like its driving beat, Cock & Bull rambles on in a rapidly changing Lakewood shopping center. The bar has found its groove on its 21st birthday — there are few business left in the area that are old enough to vote, let alone drink. The Balcony Club and Cock & Bull are the last two joints where you can avoid nightlife trendiness.

Outside, in the blinding sunlight, construction upends La Vista.  You have to yank open the door to Cock & Bull to find reprieve from it all. The lights still hang dimly, and the food’s still good at the 2-decades-old pub.

“It was a gastropub before there was gastropubs. I call it fine diving. It’s fine dining in a dive bar,” says Cock & Bull manager Sarah Haspel. She’s worked there for more than decade.

Veal meatloaf comes side-by-side with pasta shells, gold magic doused in a musky-with-truffles cheese sauce, and the wedge salad has a strong tang to it. It’s bar food that two-steps. Keep your eye on the sandwiches, with bread from Empire Baking Co., and stay close to the booths. There’s always something to watch or listen to at Cock & Bull.

Around 2001, co-owner and general manager Chi-Kuo Tang’s family picked up the bar from Noel Graham. It had opened in 1997, and the only thing the Tang family did was paint it. Cock & Bull had been famously white, and their executive and sous chef sent out kangaroo and rattle snake and venison steaks. Bison fillet was smothered in smoked blue cheese at a time before it was cool to serve smoked blue cheese. Tang’s family bought the bar, coated it pink-red and have kept it going strong since. He's laid back and treats his bar the same. Since opening, they’ve lost a chef to a more comfortable lifestyle at Magnolia Hotels — Asher Stevens was chef for more than a decade — and business has been fair.

“We’ll stick it out until the bitter end,” Haspel says.

The simple answer as to why she’s been at the bar for more than 10 years? It’s family. “We have people that have come in here on their first date that have two and three kids," she says. "I’ve been known to bartend holding a baby.”

Should we expect anymore from our neighborhood bars than good food, strong drinks and buddying up to family? In this age of the great gastropub, chefs delivering tinkered-with pastas and reconstructed classics, there’s an exhaustion out there in the roads around our neighborhood bars. Finding the "best" all of the time can be exhausting. Sometimes you just need a beer, a sandwich and a dumb joke.