'I'm a Capitalist, and I Have Goals:' A Weed Dealer on How the Pandemic Disrupted Business 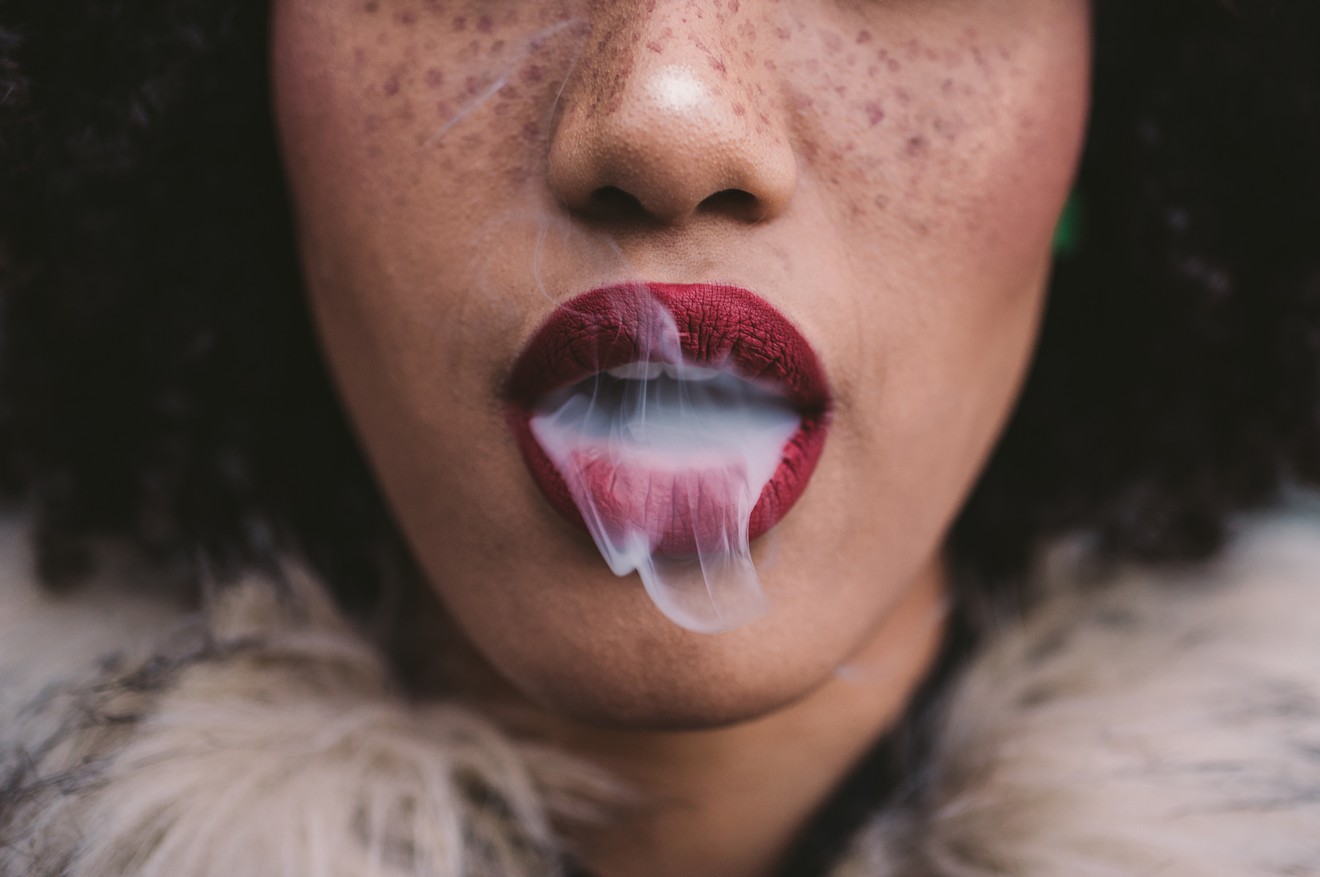 We caught up with our favorite dealer to see how business is going mid-pandemic. iStock/oneinchpunch

To help protect the anonymity of the person highlighted in this story, I’ve used they/them pronouns.

“I’m a business[redacted], trying to be an entrepreneur in a world that’s on fire.”

The Capitalist is savvy. Over many years, they have built a successful small business in Dallas, which is not the most friendly city for this particular person’s line of work. They deal in one product: Weed, not drugs, which, to The Capitalist, is an important distinction to make and make often.

“I don’t fuck with chemicals,” they say. “I deal strictly with plants.”

It’s late in the morning on a Thursday in early June, and The Capitalist (a name they chose) is waking, baking, and talking business. Over the phone, they are discussing the havoc that COVID-19 has wrought in an industry that was, until recently, fairly stable. If anything, there was too much demand, they explain.

“Everyone and their momma can grow weed,” they explain. The trick is turning it into a successful side hustle, which is exactly what The Capitalist is doing.

“I am a capitalist,” they explain, “and I have goals.”

When asked what kind of goals they have, The Capitalist is a bit fuzzy on the details. This is partly out of worry: As this story will show, this entrepreneur does not have much trust for law enforcement or federal institutions. They’re also protective of their long-term business strategy because, well, that’s smart business.

“Let’s just say I want to be vertically integrated,” they say. “Seed to sale. Total control of everything from growth to distribution. I’m an optimist. I see disruption as an opportunity, so this pandemic has accelerated the pace of my goals.”

Over the course of a wide-ranging conversation about the state of their business, The Capitalist touched on everything from politics to Prohibition to the time they got robbed at gunpoint.

“There’s rules and best practices, and if you follow them, you should never have to see a gun,” they say. “When I got robbed, it was because I wasn’t following best practices.”

But their most common grievance didn’t have anything to do with the pandemic, the police or another possible robbery attempt. Above all else, The Capitalist is concerned about their customers.

Nowadays, people are smoking more marijuana than ever before. There are data to back this up, and in interviews with a dozen Dallas smokers, each confirmed that they are smoking more weed than they were before the COVID-19 pandemic began.

“Of course I’m smoking more,” one said. “Are you serious?”

Another laughed for roughly 15 seconds, then said, “Yeah, I am. Aren’t you? Look out the window.”

“There’s a lot going on in the world right now,” The Capitalist says. “How can you not be stressed? I’m stressed right now. That’s why I’m smoking weed.”

“Police are the biggest drug dealers... And remember, when I say drugs, I’m not talking about plants." – "The Capitalist"


Weed is a prominent coping mechanism for all of their clients, too, and when the novel coronavirus hit North Texas, those clients planned to hunker down with an ample supply of marijuana.

The Capitalist gets their weed where everyone gets the best weed: the West. Specifically, Humboldt County, California, or occasionally Oregon. When asked what kind of weed they supply their clients, The Capitalist launches into the first of many detailed lessons. These lessons are rife with business terminology and mini-history seminars, yet they never carry the air of a lecture. Rather, The Capitalist comes across as a bookworm deeply passionate about the work they do and the people they serve.

“If you’re in the alcohol beverage market,” they say, “there’s such a thing as whiskey, and there’s such a thing as vodka. They are not made the same; they are not made with the same ingredients. Within the cannabis market, nothing is 100 percent accurate. People say sativa and indica, and they basically categorize sativa as being more of a euphoric, productive experience, and indica is your more couch-locked, stoned, relaxed experience. It’s a beer versus a cup of coffee. But those things aren’t scientific, because we haven’t been able to research the plant. The alcohol industry was bigger and started leaning on the government, so the government made weed illegal and associated it with racist fucking campaigns. ‘Weed makes black people crazy, and they’ll rape your women.’ They criminalized it, and hemp got dragged down with it. That’s why we have the dynamic we do today.”

Which is The Capitalist’s way of saying that they provide a diverse enough slate of good-to-great weed.

“People don’t want to be scientists or supply chain analysts,” they say. “They want to buy really good weed, and they want it all the time.”

The Capitalist started selling weed then they were homeless.

“I had a job, but I was still sleeping in my car,” they say. “Not a minimum wage job; a job with health care. One day a light comes on, and you start doing what you have to do. So I’ve been doing this for as long as I need to.”

They keep a tight circle of friends and an even tighter circle of clients. Most of their clients are “on the affluent side,” as The Capitalist explains. They occasionally take on new clients, but only if an existing client — and a trustworthy one at that — vouches for the prospective new buyer.

“This is a part-time job for me,” they explain. “I’m not willing to take on the risks and responsibilities of putting eight hours into it. If I put eight hours into my business, I’d probably be in jail, because I’d be making so much fucking money. To do that, you have to solicit new clientele. You have to do marketing, go to bars, get your name out there. That’s how you get hot really quick.”

The Capitalist is fearful of the police, but they're driven more by distrust than fear.

“Police are the biggest drug dealers,” they say. “And remember, when I say drugs, I’m not talking about plants. I’m talking about drugs. Drugs don’t get here because of poor people, and rich people can’t do that shit without being seen. So who does that leave?”

It’s tempting to hear what The Capitalist has to say and assume that they are a wild-eyed conspiracy theorist. Maybe they are. Yet at the heart of every expletive-laced diatribe against law enforcement and corrupt feds is a yearning to be free. The Capitalist wants them and their customers to enjoy the freedom of choice, the freedom from stress, the freedom to live life unmolested by the police, and the freedom to occasionally smoke some weed.

“Let’s be honest,” they say. “The war on drugs is used to criminalize black people, and it's never made sense. It’s the result of the rich and powerful and their attempts to limit our freedoms.”

The Capitalist talks a lot about community and customers, and it’s clear they care about the people purchasing the weed they provide. They were doing home delivery long before COVID-19 hit Dallas, and when it did, The Capitalist got all of the necessary PPE they needed to do safe, no-touch delivery. They would do curbside, too, if they didn’t have a staunch rule against sharing their home address (see: the gun incident referenced above).
Before the pandemic, The Capitalist would stay after a delivery, maybe light up a spliff, put on a record, and vent. Now, it’s “Here you go. Stay safe. See you later.” The Capitalist misses what they call “therapy sessions.” Furthermore, the pandemic has laid bare what The Capitalist has long known and worked toward: it’s past time to vertically integrate.

Because of the demand for weed from “the West,” the supply chain has dwindled and prices have skyrocketed. A couple of longtime clients have agreed to temporary price hikes to get the product they want, but for the sake of the business and the customer, The Capitalist is hoping to integrate even sooner than expected. Seed to sale. No middleman.

“Here’s my viewpoint,” they say, launching into their final lesson of the morning. “Nobody wealthy did it 100 percent clean. No one. Not one. If they were smart, they built it, and whatever they did to garner capital for investments, they did. No second guessing. That’s how you get inherited wealth. The days of people working a job and saving money are long gone. It just doesn’t work anymore. You gotta have a hustle. If you’re an American and you don’t own one business, you might as well be living somewhere else. Capitalism is the religion of America. ‘Life, liberty, and the pursuit of happiness.’ That means ownership. You just need a product. That’s all anyone needs. And this one is a plant from the Lord. It’s easy to grow, so let’s fucking grow it.”
KEEP THE DALLAS OBSERVER FREE... Since we started the Dallas Observer, it has been defined as the free, independent voice of Dallas, and we'd like to keep it that way. With local media under siege, it's more important than ever for us to rally support behind funding our local journalism. You can help by participating in our "I Support" program, allowing us to keep offering readers access to our incisive coverage of local news, food and culture with no paywalls.
Make a one-time donation today for as little as $1.