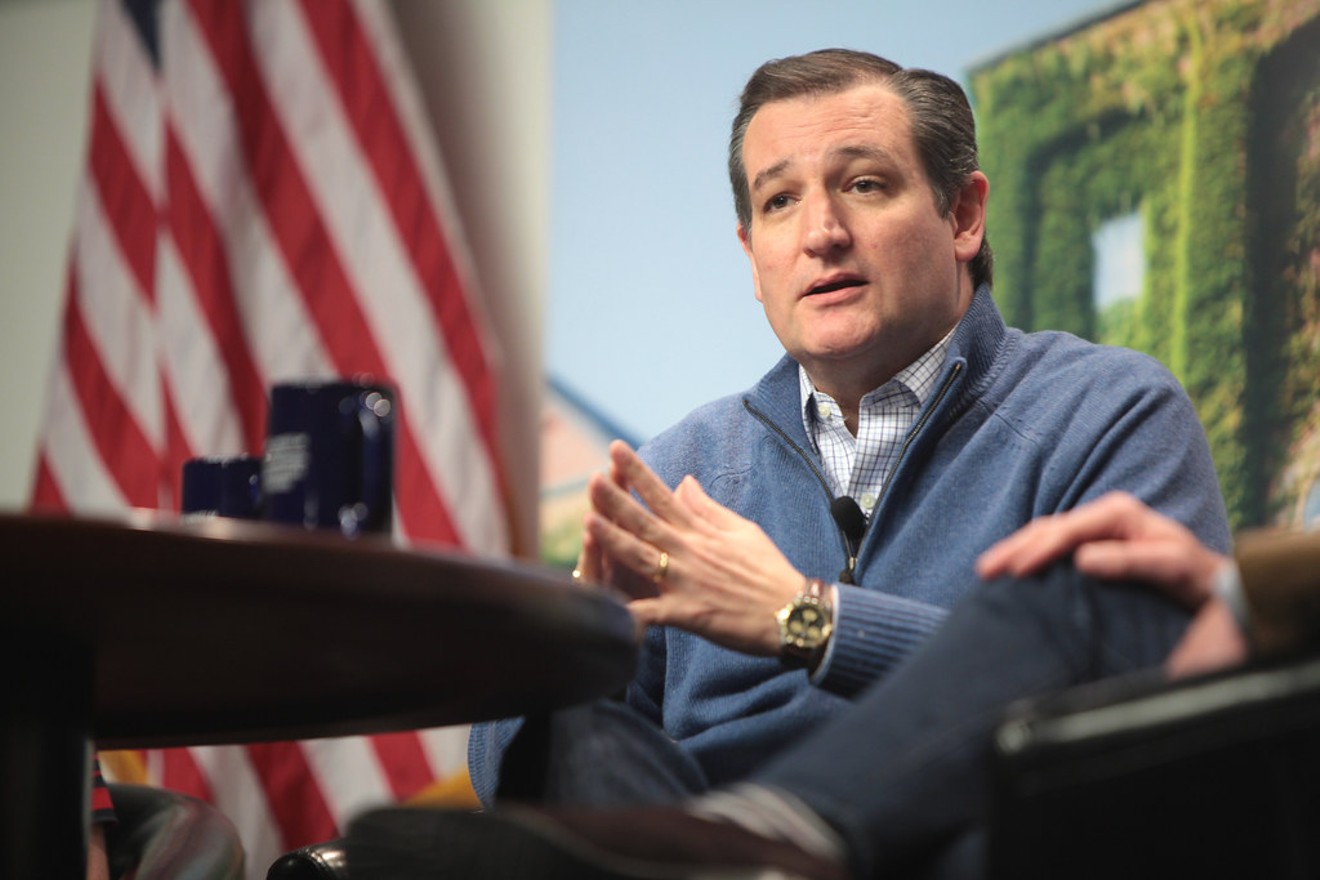 U.S. Sen. Ted Cruz fielded and weaved his way out of an awkward question at Yale University on his podcast Verdict With Ted Cruz. "Ted Cruz" by Gage Skidmore is licensed under CC BY-SA 2.0
Few people are better at squirming their wormy way out of questions they don't want to answer than Sen. Ted Cruz.

There are documented cases to back up Cruz's worm-like nature. During the period of President Donald Trump's presidency when ICE agents started separating immigrant children from their families and locking them in cages, he ignored a loud group of protesters at Los Angeles International Airport demanding an end the practice with the smarmy grin of a snooty college frat president.

He shut down the government over the issue of allowing people to have access to affordable healthcare only to claim a year later to a MSNBC reporter that he "consistently opposed shutdown."

Cruz's infamous escape to Cancun during one of the most brutal snowstorms in Texas history managed to outdo a career built on doing the most annoying thing in almost every situation.

This, however, is one of those rare moments where we glad that Cruz has a natural ability to evade answering a simple question.


Yale student: "Assuming it would end global hunger, would you fellate another man?"

Cruz hosted a live Q&A at Yale University on Monday with conservative pundit and co-host Michael Knowles and Newsmax host Liz Wheeler for his podcast Verdict With Ted Cruz. A student who identified himself as "Evan" walked up to the mic to ask the pair, "Assuming it would end global hunger, would you fellate another man?"

A wave of nervous laughter rolled across the crowd as the clearly shocked pair let the thought weigh on their brains. They thought about it. Admit it. You're thinking about it right now. You can deny it all you want but the image is still there. You can't not think about it, no matter how many times you're telling your brain you'll punish it with alcohol if it doesn't stop making you think about it.

It's a troll-ish question, but why did Ted Cruz have to be the first one asked it while cameras were recording every second of it? We love to watch Cruz squirm in awkwardness but you have to go WAY out of your way to make that happen because Cruz lives in an eternal bubble of pretension.

His first response to the question is so Cruz-ian. He puts Knowles on the spot and makes him answer it because he's a "Yale-ee."

Knowles, to his credit, answers the question even if it's a jokey, smarmy way with his higher than thou nose pointed up to the sky.

"Like a typical left-wing undergraduate, you are engaging in consequentialist ethics," Knowles says. "You are attempting to justify flagrantly immoral behavior to achieve a good end and I tell you my friend, the ends do not justify the means. Absolutely not."

Now Cruz has nowhere for his mouth to run. He could've just agreed with his co-host or even said "Yes" to shut him up but Cruz is incapable of finding the best way to handle a situation.

Somehow, Cruz finds a way to mess that up by giving an answer that doesn't even end with a period. He tries to turn it around on Evan by answering his question with his own question, "If it would solve world hunger, would you vote for Donald Trump?"

Both cause and effect scenarios are equally improbable. It's hard to see a situation in which orally servicing someone would solve the world's biggest economic and human rights problem. The other is just as unlikely, since Trump's only experience with hunger is when he's waiting on his evening cheeseburger.

Also, we know you're still thinking about it.
KEEP THE DALLAS OBSERVER FREE... Since we started the Dallas Observer, it has been defined as the free, independent voice of Dallas, and we'd like to keep it that way. With local media under siege, it's more important than ever for us to rally support behind funding our local journalism. You can help by participating in our "I Support" program, allowing us to keep offering readers access to our incisive coverage of local news, food and culture with no paywalls.
Make a one-time donation today for as little as $1.