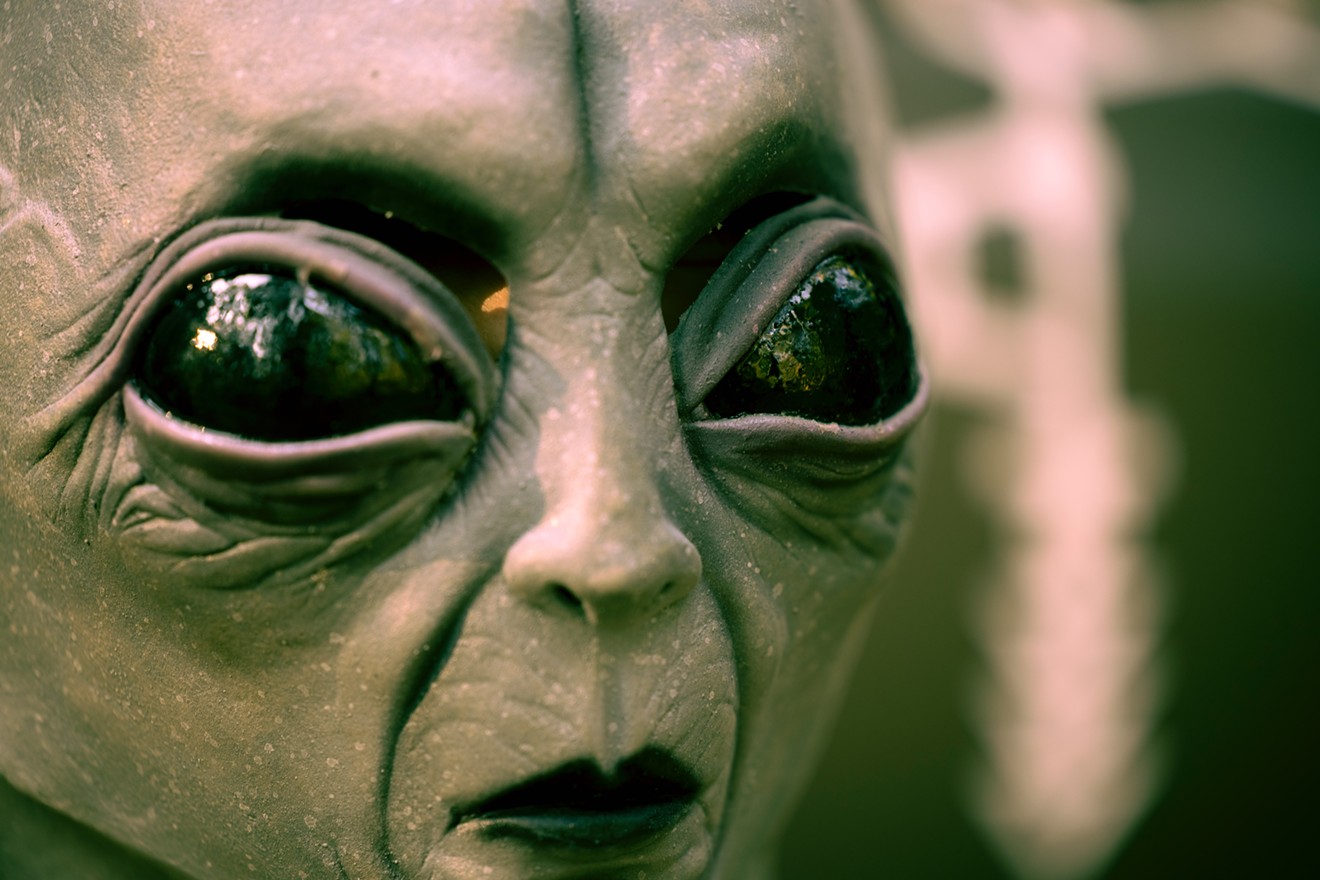 Some Texans have claimed close encounters of the third kind, while some of us have barely seen our own neighbors in years. Stephen Leonardi/Unsplash
Although this summer has been jam-packed with movie sequels such as Top Gun: Maverick, Minions: The Rise of Gru, Doctor Strange in the Multiverse of Madness, Thor: Love and Thunder and the disastrous Jurassic World Dominion, we still get an original movie every now and again. Get Out and Us director Jordan Peele continues his successful output of original storytelling with his latest genre film Nope, which topped the box office this past weekend.

While Nope isn’t based on any previously established franchise, it certainly feels like a callback to classic alien invasion movies. Aliens have always fascinated audiences, and not just thanks to Steven Spielberg. There have been various “alien sightings” over the years, with some that seem more plausible than others.
Perhaps the most famous “alien incident” in American history was the discovery of supposed crashed weather balloon wreckage in Roswell, New Mexico, in 1947. After spectators claimed they saw a UFO, officials at the Roswell Army Air Field announced that they were taking over the investigation. This incident has puzzled skeptics for generations.

You’d have to be a bit close-minded to claim definitively there’s no life form in the universe other than the Earthling kind. However, your mileage may vary on how much you choose to believe the supposed factual accounts of those who claimed to have experiences with aliens. We looked back at some of the strangest “alien encounters” in Texas.

The “Dallas Fireball”
You don’t have to go back to the 1940s for every alien conspiracy theory. Just this past weekend, a mysterious fireball was seen flying over Texas. Apparently, the mysterious “space junk” was visible from North Dallas all the way to Houston. If this is indeed an alien vessel, we can’t say that the intruders masked their presence on Earth very well. Supposedly, this fireball is just a remnant of the Delta Aquariid meteor shower, but apparently it was seismic enough to shake a house in Austin.

The Black Vault
You’ve seen Ancient Aliens, right? There is one guy who makes that show seem reasonable in comparison. The Black Vault is a massive archive of conspiracy theories amassed by the “investigator” John Greenewald Jr. Apparently, he’s been investigating paranormal cases through Freedom of Information Act requests since he was a teenager. Although Greenewald hails from California, he’s shown a keen fascination with Dallas. He links the 1947 Roswell case to a report by the FBI Dallas Field Office. Just wait until you hear his take on the JFK assassination.

UFOs? Worse, It’s Elon Musk
Another group of North Texans reportedly saw a mysterious series of lights in an incident that went viral in April of last year. But alien buffs were quickly disappointed to learn that these lights were just part of SpaceX’s satellite launch from Florida. We can say this about any aliens that may come to Texas, however: They couldn't possibly be as intolerable as Elon Musk.

A UFO In Denton?
In all honesty, a real UFO probably wouldn’t even make the top 10 weirdest things that pop up in Denton on any given day. According to the YouTuber EagleRun23 (a reliable source, surely!), the “mind-blowing” footage was evidence of an unidentified flying object. At least he’s not a Flat Earther.

An Entire UFO Fleet In Irving
Here’s an interesting urban legend: Back in 2016, some spectators in Irving saw not just one, but an entire fleet of UFOs in the skies. Unfortunately, there’s not a shred of evidence here to suggest that this wasn’t related to the nearby airport.

The Aurora Investigation
UFOs have apparently been popping up in Texas long before they ever made their way to Roswell. Back in 1897, The Dallas Morning News reported that a spacecraft destroyed a local windmill, and a Martian pilot was found in the wreckage. DMN reporter S.E. Haydon was later accused of falsifying the story in a Time magazine piece that ran in the 1980s, which claimed that it was a hoax aimed at bringing attention to the area. However, the incident was famous enough to earn a shout-out on both UFO Files and UFO Hunters.

Lubbock Gets Some “Lights”
Texas Tech students may have spotted a series of natural lights back in the 1950s. In the days before YouTube, this was a big enough deal that it inspired an official Air Force investigation. The Project Blue Book officers concluded that this was a natural phenomenon, but the “Lubbock Lights” have fascinated online theorists ever since.

The Levelland UFO Case
Levelland is home to one of the most famous UFO sightings in history. Although most accounts are either second-hand or based on the word of just one person, the “Levelland incident” in 1957 caught the eyes of dozens of local ufologists and non-theorists alike. This all would have probably been forgotten, but a 2002 KDFW report followed up on the case, interviewing several residents who were there at the time.

“Houston, We Have A Problem”
One Houston resident who apparently had a lot of time on his hands dedicated an extensive video account of his experiences with a UFO back in 2008. Check out the totally legit camcorder footage! Hale Kaden may not have gotten a chance to share his story on Ancient Aliens or UFO Files, but he may still have a shot at America’s Funniest Home Videos.

Dallas Gets Blue Lights
Earlier this year, an Anna resident captured footage of a series of lights that may have alien origins. What could easily be streetlights, a winter storm or headlights from a vehicle was suspicious enough to get an entire profile from the National UFO Reporting Center. The NUFORC website claims to have documented over 150,000 alien sightings every year.
KEEP THE DALLAS OBSERVER FREE... Since we started the Dallas Observer, it has been defined as the free, independent voice of Dallas, and we'd like to keep it that way. With local media under siege, it's more important than ever for us to rally support behind funding our local journalism. You can help by participating in our "I Support" program, allowing us to keep offering readers access to our incisive coverage of local news, food and culture with no paywalls.
Make a one-time donation today for as little as $1.