The LuAnn Platter Lives On; Luby’s Gets Sold 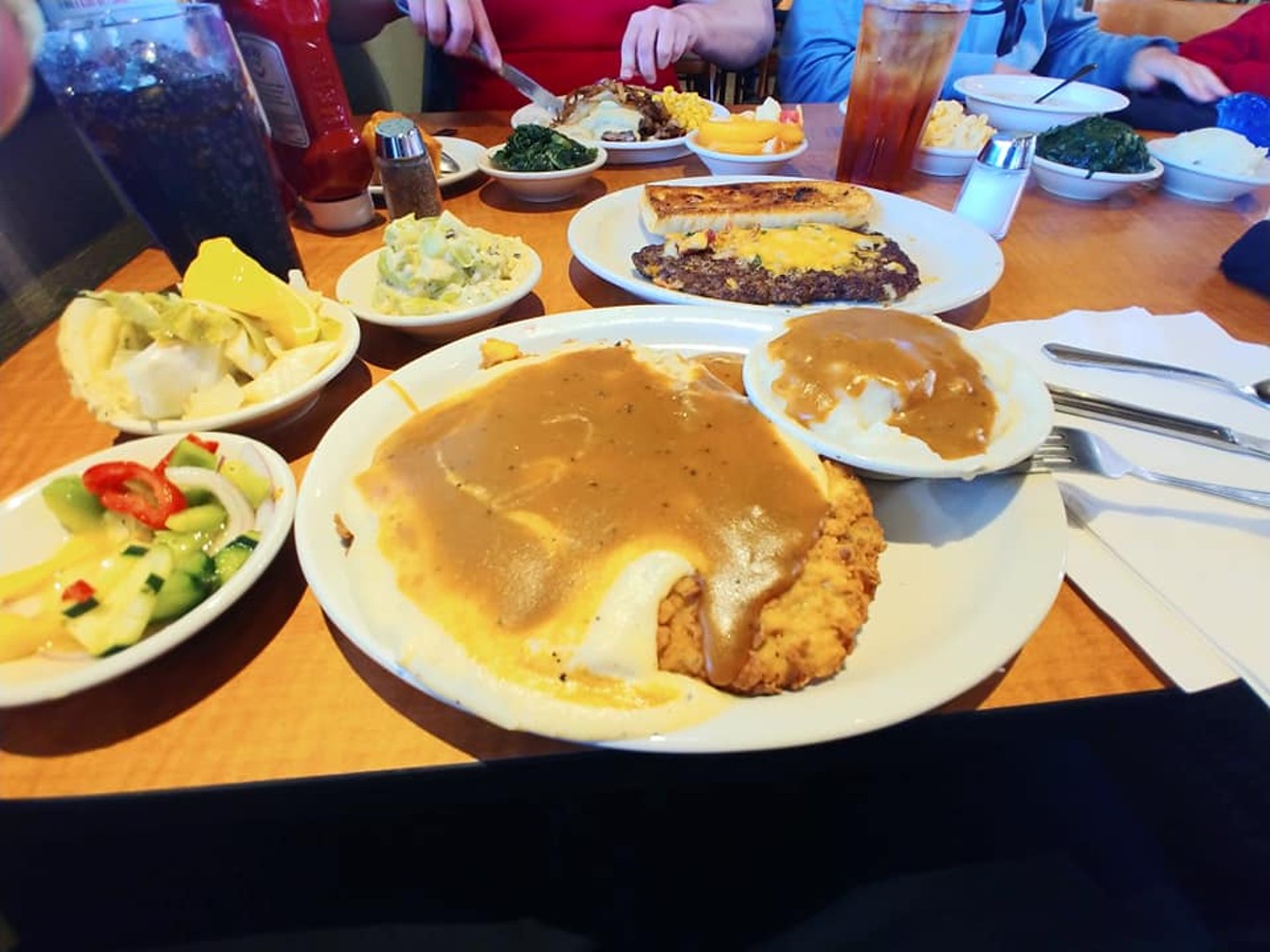 The chicken fried steak is one of the most popular dishes at Luby's. Rene Ramirez
After limping through lagging sales the past few years, Houston-based Luby’s Inc. announced last fall that board members had voted to liquidate all of the company’s business operations and real estate in an "orderly wind-down in business."

Monday the company announced it has entered an agreement to sell its restaurants in a deal valued at $28.7 million to businessman Calvin Gin. The sale includes 32 existing Texas locations, including one in Dallas on South Hampton Road.

Gin said in a statement, “This transaction will allow us to continue serving the many loyal Luby’s customers at the locations and provide long-term employment opportunities for the many associates currently at these locations.”

Luby's chairman, Gerald Bodzy, said he’s pleased with the deal with Gin, who “along with many of the existing management team, [is] able to carry on the fine tradition of Luby's brand of food and service in Texas that dates back to 1947."


“This transaction will allow us to continue serving the many loyal Luby’s customers at the locations and provide long-term employment opportunities for the many associates currently at these locations.” - Calvin Gin

Why do we care? There’s better food out there, right? Well, sure, but it’s straight nostalgia. Maybe your grandmother rolled you through the line when you were but a wee lad. And you didn’t know who LuAnn was but the lady on the other side of the heat lamp kept asking you something about her. Eventually, you wound up with half of a fish fillet and green Jell-O and all was good.

Rene Ramirez, pitmaster and owner of 225 BBQ in Arlington, posts photos to his social media page each time he rolls through Luby's, which isn't something you see too often.

Ramirez's first job was at a Luby’s in East Dallas. While in high school he started as a dishwasher, then line cook and eventually worked the drive-thru. When asked if working at Luby’s inspired his love of cooking, Ramirez offers flatly, “No. I was in the culinary program at Skyline.”

Turns out it was just a good job. But he still loves the chicken-fried steak and goes with the family regularly.

Per a statement released on Monday, all employees at the 32 locations involved in the sale should be able to remain at their jobs.
KEEP THE DALLAS OBSERVER FREE... Since we started the Dallas Observer, it has been defined as the free, independent voice of Dallas, and we'd like to keep it that way. With local media under siege, it's more important than ever for us to rally support behind funding our local journalism. You can help by participating in our "I Support" program, allowing us to keep offering readers access to our incisive coverage of local news, food and culture with no paywalls.
Make a one-time donation today for as little as $1.