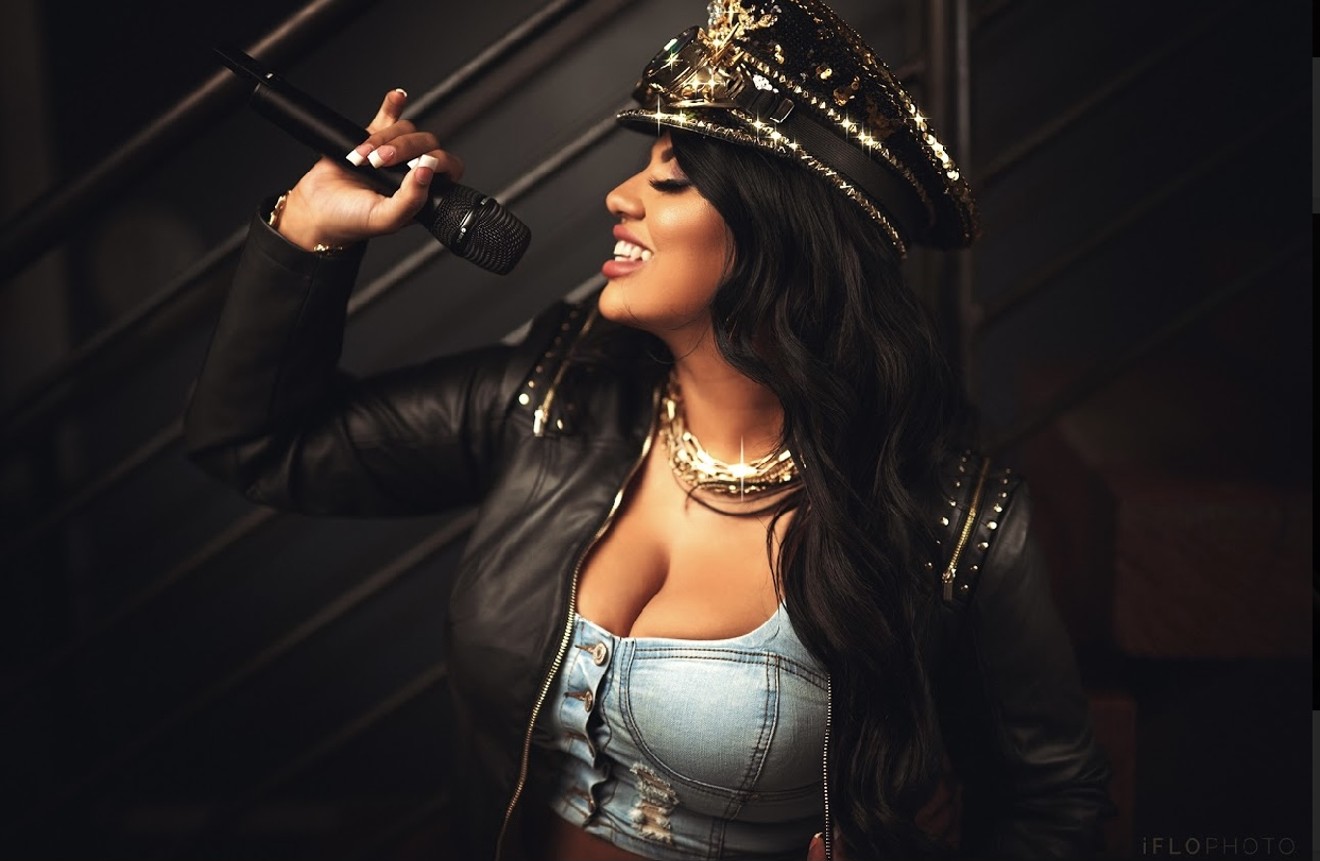 While “BEBE” sounds like a love song, Lux insists that it is more about a feeling than it is about a specific person.

“It’s like when you have a crush on somebody,” Lux says, “and you talk to that special person, but for some reason, neither of you have the courage to tell each other your true feelings. The inspiration came because at that time, I liked somebody so much, but I never actually pursued it.”

Lux, 33, hails from Nuevo Laredo, Mexico. She and her family immigrated to the United States when she was 12 years old. At the time, she didn’t speak English, but she still made a concerted effort to learn the customs. She was an outgoing student, she says, who never let bullies who would mock her accent crush her spirit.

“I’m very Mexican, so my parents were like ‘No, you cannot tolerate bullies, you fight them back,’” Lux says. “I wouldn’t be afraid, I would just speak my mind and not let them take too much control of the situation. I would stand my ground, let them know I’m learning the language.”

Growing up on the sounds of Selena Quintanilla, Lux always knew she wanted to be a singer. She was able to practice her stage presence at an early age, as her teachers would pick her to participate in talent shows and poetry competitions. She would also sing in church.

Lux didn’t consider pursuing singing as a career until 2018, as she felt people would discourage her from singing in favor of a stable career. She owned a boutique called Lux Exclusive and was approached by artist manager Cyndi Davila, who asked Lux to let one of her artists shoot a commercial in the boutique.

“I made a joke with one of the videographers,” Lux says. “I was like ‘Hey, give me your number, in case one day I become an artist, I can hit you up.’”

Davila heard this and asked Lux if she was a singer, to which she replied “Well, I sing in the shower.” Davila then asked her to sing in front of everyone.

“I remember I sang a part of Alicia Keys’ ‘No One,’ and then from there, she gave me her number, and I gave her mine,” Lux says. “About a week later, she contacted me and asked me if I was interested in doing music.”

Over the course of the past three years, Lux has realized some of her biggest dreams, including opening for Frankie J in Arlington last month.

“I’m very Mexican, so my parents were like ‘No, you cannot tolerate bullies, you fight them back.’” – Christi Lux


Many of Lux’s songs are about relationships and feelings of longing. While her song “En Tu Cama,” which is Spanish for “In your bed,” may seem suggestive, she says it’s more about passion than it is about sex. On the song’s chorus, she repeats the phrase “Me vuelvo loca en tu cama por ti,” which means “I go crazy for you in your bed.”

On another song, “Todo X Ti,” Lux confronts a cheating boyfriend. At the time she wrote the song, Lux was feeling depressed and “in a bubble.” When her producer sent her the instrumental for the track, she said it immediately clicked, and the lyrics poured out of her.

Lux wrote “Todo X Ti” after discovering her boyfriend at the time had been unfaithful. While she had a hunch, the discovery hurt all the same.

“I don’t know if it was my female intuition, but I was just kind of suspicious about it,” Lux says. “I prayed to God, ‘I was like, give me a sign if he's not being truthful.’ Please be honest. Two days later, the girl that he was with called me like ‘Who are you?’ And I'm like ‘What? I’ve been with this guy for three years, who are you?’”

As Latin artists are dominating the mainstream market, Lux hopes to represent Mexico alongside her Puerto Rican and Colombian counterparts. Ten years from now, she hopes to share the stage with the likes of Bad Bunny or Maluma.

“The Latin genre is popping right now,” Lux says. “But there really needs to be a Mexican, or Texan. There's a void that needs to be filled. And I just want to be part of something great like that.”

Lux has come a long way in a short time and plans to put out singles throughout the summer. In the meantime, she's enjoying her newfound TikTok fame and lining up shows through talent buyer Galaxy 9 Productions.

“I appreciate all the love and support that I've been getting,” Lux says. “A lot of my audience has come from South America. But it feels like people from Texas are picking up on it.”
KEEP THE DALLAS OBSERVER FREE... Since we started the Dallas Observer, it has been defined as the free, independent voice of Dallas, and we'd like to keep it that way. With local media under siege, it's more important than ever for us to rally support behind funding our local journalism. You can help by participating in our "I Support" program, allowing us to keep offering readers access to our incisive coverage of local news, food and culture with no paywalls.
Make a one-time donation today for as little as $1.