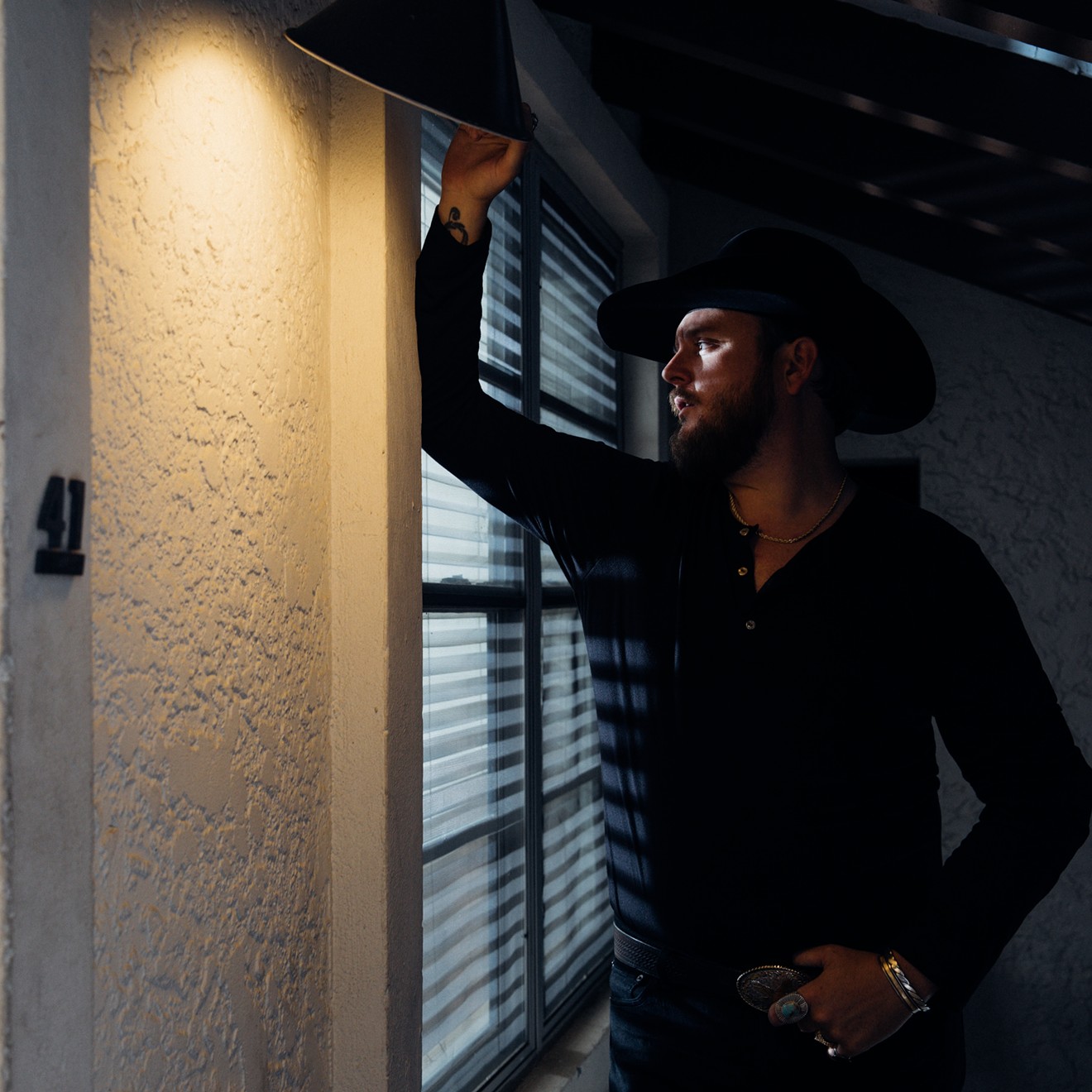 Country dancing just got faster, chattier and a little bit aggressive with Paul Cauthen's new video for "Cocaine Country Dancing." Anna Webber
Over the decades, cocaine has been a recurring star in song lyrics for outlaw country singers, maybe just as much as whiskey. And make no mistake about it, that proud tradition continues thanks to the likes of insurgent new generational stars such as Tyler Childers and Dallas’ own Paul Cauthen.

Cauthen, who is now touring in Europe, has built a respectable national audience for his neo-traditional country tunes since the breakup of his previous band, Sons of Fathers, and has just released the video for his new song “Cocaine Country Dancing.” The hard-charging tune brings all of Cauthen’s best qualities to the forefront, most notably his impressively wall-rattling baritone. Intriguingly enough, the song also offers something new to the Cauthen sonic portfolio: a bit of ’70s disco funk flavor.

The new song will be featured on Cauthen’s upcoming record, Room 41, which premieres Sept. 6. According to a press release from Cauthen’s label, Lightning Rod Records, the album was written by Cauthen while living at the Belmont Hotel in Oak Cliff. He had plenty of help from buds from the Texas Gentlemen, the local country-soul supergroup that Cauthen has often performed with, and which includes Beau Bedford, Wesley Geiger and another local country-rocker from Dallas, Jonathan Tyler.

The video, directed by Tim K. and filmed at the Electric Cowboy in Fort Worth, is a fun, psychedelic-feeling clip with Cauthen seemingly in the throes of the white powdery substance. The fever-dream vibe of the video is aided by Cauthen’s campy acting and disco ball-styled cowboy outfit. It’s both merry and harrowing, which makes sense, given that according to the release, Cauthen “lived every single line of this record.” Whether that means every line of lyrics, or lines of something else, we’re not sure.

KEEP THE DALLAS OBSERVER FREE... Since we started the Dallas Observer, it has been defined as the free, independent voice of Dallas, and we'd like to keep it that way. With local media under siege, it's more important than ever for us to rally support behind funding our local journalism. You can help by participating in our "I Support" program, allowing us to keep offering readers access to our incisive coverage of local news, food and culture with no paywalls.
Make a one-time donation today for as little as $1.
Kelly Dearmore