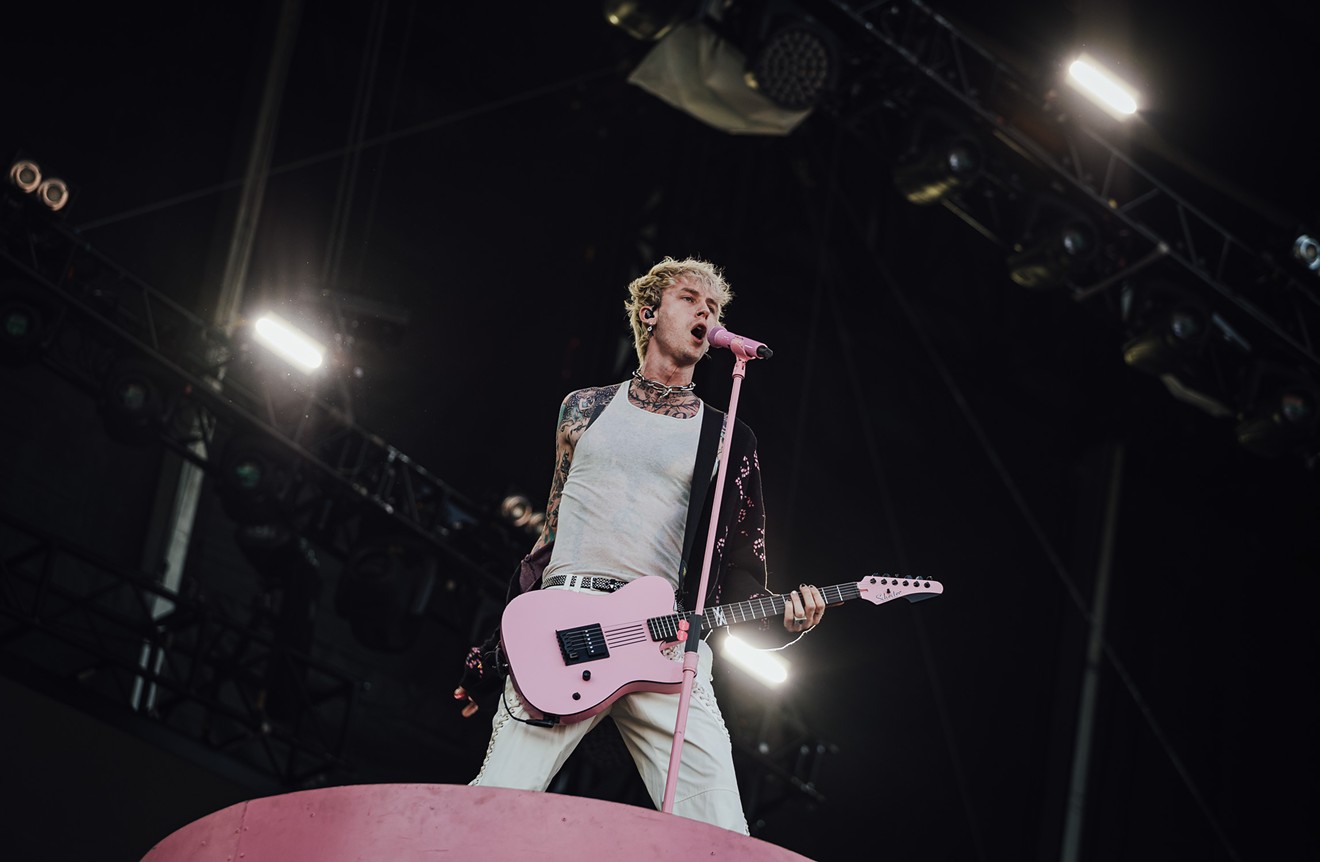 He may be hard to recognize with his pants on, but that's Machine Gun Kelly. Rachel Parker
This week, three Jeopardy! contestants were stumped by the clue "The stage name of this rapper and actor gets shortened to MGK," given by host Ken Jennings.

The correct response was “Who is Machine Gun Kelly?” And even though the clue was accompanied by a photo of the musician, the contestants clearly have had the good sense to stay away from TikTok and wherever else MGK appears seemingly always.

The Recording Academy doesn't seem to know him, either. In November, MGK complained that he'd been snubbed by the Grammys. “wtf is wrong with the grammys,” MGK tweeted after nominations were announced for 2022.

These days, he may be best known as a collaborator of Travis Barker’s and as the boyfriend of Megan Fox —  by somehow winning the actress over despite their first meeting sounding out of a script written by Tommy Wiseau.

According to Fox, when she met MGK, she told him he smelled like weed, and he answered, “I am weed.”

Yeah, that's what those memes are about.

The video of the aggressive PDA is still floating around online, though it's largely been removed. And hey, at least someone on that stage had some skills.

MGK and Starr's bit of shock performance may sound like a Jim Morrison moment minus the talent, but it mostly recalls a recent incident in which Brass Against singer Sophia Urista pulled up a fan to the stage during a show in Daytona, Florida, and peed on his face.

The fan seemed willing to let his face become the pot of gold in a golden shower, ("Get my man with the can on his head ready, 'cause we're going to bring him onstage and Ima piss in this motherfucker's mouth," Urista had said before he lied down, face up, as she squatted down), but another concertgoer did report the incident to the police for indecent exposure and the band apologized to fans on social media.

Machine Gun Kelly, on the other hand, was proud to make unwilling voyeurs out of the Dallas audience. In 2015, the musician told Huffington Post he had "no regrets" about any of his past stage antics and called the BJ incident “awesome.”
KEEP THE DALLAS OBSERVER FREE... Since we started the Dallas Observer, it has been defined as the free, independent voice of Dallas, and we'd like to keep it that way. With local media under siege, it's more important than ever for us to rally support behind funding our local journalism. You can help by participating in our "I Support" program, allowing us to keep offering readers access to our incisive coverage of local news, food and culture with no paywalls.
Make a one-time donation today for as little as $1.