Country Music’s Reputation Is (Slowly) Changing for the Better 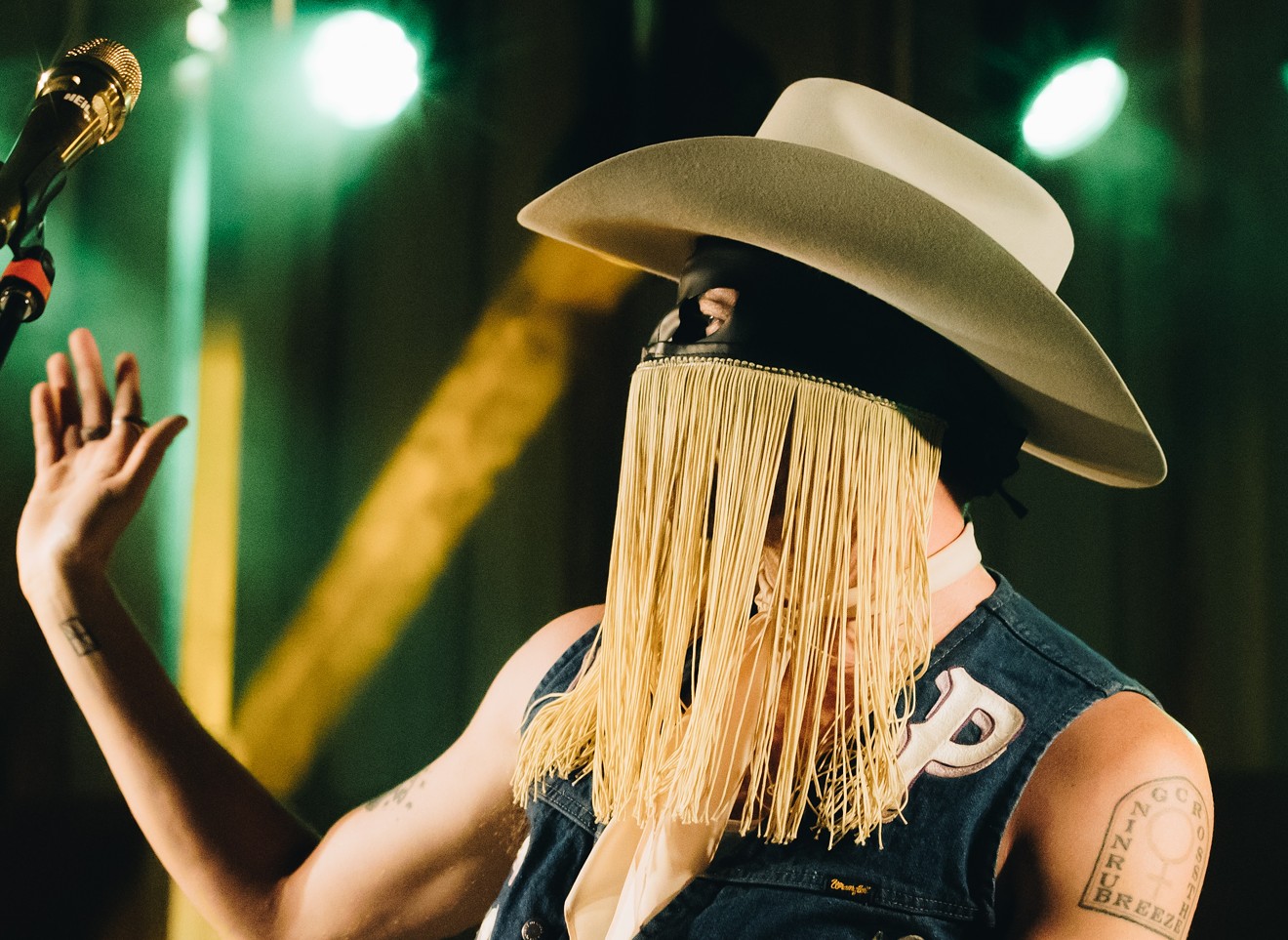 Orville Peck has been glamming up the world of country in the last few years, but the genre has a much deeper history of diversity. Rich Fury/Getty
Country music has long cast a shadow of white, heteronormative conservatism wrapped in a Confederate flag and drowning in watered-down beer. Its stereotypes, certainly not all misguided, have built a roadblock around the genre, causing major objection among liberal and minority groups for years. But the truth is, country music is (gradually) heading in a much more progressive direction.

Country critics, take note: Your next favorite album might sit atop the country music charts, and that’s OK. Because these days, country music is openly queer, includes many more people of color and even supports democratic socialist and former presidential candidate Bernie Sanders.

We can hear the gasps already.

But although there’s much progress to celebrate today in the world of country music, there’s still room to grow.

The Black community has been vitally influential to country music over the past 100 years. Just this month, it was announced that legendary R&B singer, songwriter and composer Ray Charles will be inducted into the Country Music Hall of Fame, thanks to his 1962 albums Modern Sounds in Country and Western Music, Volumes 1 & 2. Charles is known for pop chart darlings like “Hit the Road, Jack” and “Georgia on My Mind,” and although warned of a potential career bust by his record label, successfully managed to appease country music fans and help bridge the divide between white and Black country artists with this crossover.

Charles continued including elements of country music in his repertoire over the years by recording music with country heavyweights Willie Nelson and Johnny Cash. But that’s not where Black musicians first saw their mark on country music. In fact, they helped create it.

In its commercial infancy, shortly after the turn of the 20th century, country music was segregated into two categories: “hillbilly music," the colloquial term for country music made by white people, and “race records,” made by Black people. White artists would go on to “own” country music, creating the cultural caricature of Kenny Chesney pandering to an arena of God-fearing white Americans. And there’s no question of country music’s racist past or that it took entirely too long for Black musicians to be able to successfully and openly contribute to the genre, but there is much more Black representation and credit given in the country music industry today.

Lil Nas X, a gay Black rapper and singer-songwriter, enjoyed time on the Hot Country Songs Chart with his single "Old Town Road" featuring '90s country pop star Billy Ray Cyrus, albeit a brief stint before it got nixed for not being "country enough." While it may not have resonated with country traditionalists because of its sound, Lil Nas X made waves and proved that Black people (still) belong on the country music circuit.

Black country artist Rissi Palmer, who made her debut in 2007 with the single “Country Girl” and, at the time had three singles on the Hot Country Songs Chart, said in an Associated Press article that fans aren’t as progressive as the industry itself.

Earlier this year, country music star Morgan Wallen was heard on video yelling a racial slur after a night of heavy drinking. His music was immediately pulled from radio and streaming services, but his fans rallied behind him even harder, condemning “cancel culture” and increasing his record sales by 102 percent that week.

But just as the news broke about Wallen’s polarizing incident, country artist T.J. Osborne, of country duo the Brothers Osborne, came out as gay in a Time magazine article, creating quite a cultural dissonance in the country music news cycle that day. One openly gay country star for one racial slur doesn’t make the latter any less despicable, but it does show that the scene isn’t all what its stereotypes suggest.

Last June, lesbian country singer Brooke Eden, who had only recently publicly come out, joined country icon Trisha Yearwood onstage at the Grand Ole Opry. During their performance, Yearwood urged the audience to accept that “love is love” and celebrated Eden’s coming out by changing the name in the song they were singing, Yearwood’s 1991 hit “She’s In Love With the Boy,” to “Girl.”

Even a decade ago, country music wouldn’t have been quite ready for this kind of acknowledgment of the LGBTQ community. Yearwood and Eden’s performance, however, was met with cheers.

Fancy Hagood is a great example of how the definition of country music is widening, as well as the culture around it. A Rolling Stone article wrote that Hagood, who is gay, has dubbed his country-leaning music “queer Southern pop.” Orville Peck, the masked persona of Daniel Pitout, who also happens to be a gay drummer in a Canadian punk band, has also successfully sunk his teeth into the world of country music, embellishing it with a healthy dose of glitz and glamour.

We shouldn’t need to defend a genre’s cultural acceptance based on its player’s sexualities (who’s asking straight people about theirs?) but it’s such a giant, healthy step to the left of the fans who grab pitchforks and gripe over anyone promoting the “gay agenda.”

The country music industry has also seen a major shift in its political prowess, almost (but not quite) abandoning its customary hyper-conservatism. Most memorable is, of course, the Chicks (formerly the Dixie Chicks) who publicly criticized former President George W. Bush by stating at a London concert that they were "ashamed the president of the United States is from Texas,” a comment made in the run-up to the 2003 invasion of Iraq. But more recently, country blues singer Bonnie Raitt supported Sanders, a hyper-democratic socialist, in the 2016 presidential election.

Though not necessarily as political statements, Brad Paisley played at an inaugural ball for former President Barack Obama in January 2013, and Garth Brooks played at President Joe Biden’s inauguration earlier this year, sparking outrage among his highly conservative fan base. These types of appearances might not mean a heck of a whole lot in the long run, but it does potentially give these artists new popularity among an otherwise “off-limits” audience.

Despite its tropes and its distaste for anything not coated in red, white and blue and reeking of Bud Light, country music today is learning valuable lessons in progress. Some artists and incidents will continue to confirm stereotypes of racism and homophobia, but others will support inclusion and progress. And, who knows? Maybe we'll see the next big country star advocating for healthcare reform, telling fans to get vaccinated, and, if we dream hard enough, finally ditching the light beer for craft IPAs.
KEEP THE DALLAS OBSERVER FREE... Since we started the Dallas Observer, it has been defined as the free, independent voice of Dallas, and we'd like to keep it that way. With local media under siege, it's more important than ever for us to rally support behind funding our local journalism. You can help by participating in our "I Support" program, allowing us to keep offering readers access to our incisive coverage of local news, food and culture with no paywalls.
Make a one-time donation today for as little as $1.