A Spectrum Cable Guy Killed Betty Thomas in 2019. Her Family Says the Company Is to Blame. 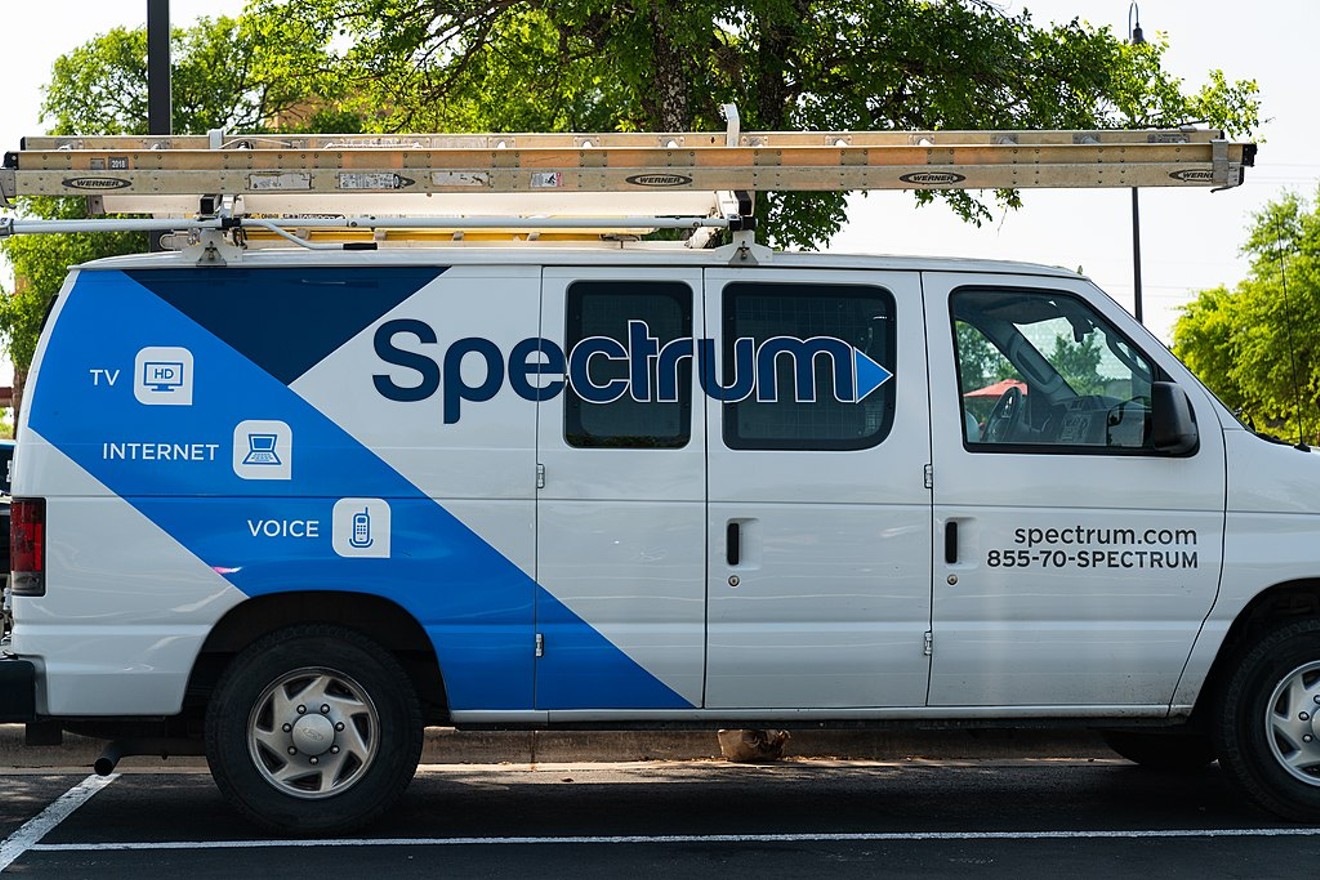 Betty Jo McClain Thomas, 83, was found dead in her home with several stab wounds to her chest. The Spectrum cable guy who'd come to work on her fax machine murdered her. Tony Webster from Minneapolis, Minnesota, United States, CC BY 2.0, via Wikimedia Commons
Betty Jo McClain Thomas, 83, thought her Spectrum cable guy had just come to make repairs when she let him into her Las Colinas home.

A family Christmas and birthday party was scheduled that night in 2019, but Thomas didn’t show. When her family went to check on her, they found her dead on the living room floor. The family didn’t know it yet, but she had been robbed and stabbed to death by cable technician Roy James Holden, Jr.

Now, the family is suing Holden and Charter Communications, which runs Spectrum cable. In a civil trial set to start Monday, the family claims that the company’s employment practices led to Thomas’ death. The family and their legal team declined to comment before the trial.

The day before the murder, Holden was at Thomas’ house fulfilling a service request. Thomas originally called Spectrum because she was having trouble with her fax machine.

Though he wasn’t on the clock, Holden showed up to Thomas’ house the next day in his Spectrum-labeled company van. Thomas let Holden inside to make repairs. That’s when he attacked her, stabbing Thomas several times with a sharp object, and then stealing her credit cards and ID.

The family found Thomas later that night. In a written statement to the media at the time, Spectrum said: "This is a terrible tragedy and our thoughts are with the victim and her family and friends. We are actively working with Irving police as they conduct their investigation."

Holden was later arrested and charged with capital murder. He eventually confessed to the crime and was sentenced to life in prison. Spectrum fired Holden after his arrest. The company also told NBCDFW at the time that "[Holden's] hiring process did not reveal any criminal activity."

The family found Holden was under a six-month written disciplinary action with Spectrum at the time of the murder. The suit claims the company concealed this detail from police when they were investigating the murder.

According to the suit, “It is apparent that the company had prior complaints on Mr. Holden that led to the disciplinary action, and that Defendant Holden had exhibited a prolonged pattern of concerning behavior beginning before the time he was hired in 2018 and continuing throughout the entire period of his employment.”

The company has written policies that prohibit off-duty use of their vehicles, but Holden was still able to take one of the company vans despite being off the clock.

“Charter/Spectrum continues to refuse to take reasonable steps to prevent unauthorized use of company vehicles and protect the unwitting public from preventable violence and death,” according to the suit.

It might have been helpful to see how Holden was able to take the company van and whether he was with anyone else. Police got a search warrant six days after Thomas’ death that included the right to obtain video surveillance of Holden from the day of the murder. However, Spectrum deleted all but eight minutes of video that showed Holden gaining access to and driving away with the company van, according to the lawsuit.

The family’s legal team also found Holden fabricated his prior employment history when he applied to Spectrum for the second time in 2018. The company didn’t run the required employment verification, according to the suit, which would have caught this. If the verification had occurred, Holden would have been disqualified from employment, the suit claims. Spectrum also had “sufficient documentation to determine that Mr. Holden was disqualified from employment as a field tech due to a pattern of dishonesty,” the lawsuit says. “However, Charter/Spectrum hired Mr. Holden anyway and began sending him into the homes of unwitting customers across North Texas.”

Before Thomas’ murder, Holden had repeatedly stolen credit cards and personal information from elderly female customers to buy things for himself.

On top of that, there were repeated, documented incidents of sexual harassment against female co-workers, according to the suit. He also showed “known warning signs of violent behavior, including disregard for safety, health or hygiene, evidence of serious stress or desperation over financial and family problems, and extreme changes in behavior,” the suit claims.

In court filings, the company says it generally denies all the allegations in the suit.

"Mrs. Thomas was the victim of a tragic crime, and we are grateful that justice has been served, with the perpetrator in jail for life," the company said in an emailed statement to the Observer. "Charter is committed to customer safety. The pre-employment criminal background check of the perpetrator showed no arrests, convictions or other crimes, nor did anything in his work performance suggest he was capable of the crime he committed."

The family maintains that the company could have taken steps that may have prevented Thomas’ murder.

“Ms. Thomas’s senseless, brutal, and preventable death, less than two weeks before Christmas, has absolutely devastated her family," the suit says. "The negligent and wrongful conduct of Charter/Spectrum and their employee Defendant Holden were the direct and proximate cause of the serious injuries and death of Betty Jo McClain Thomas.”
KEEP THE DALLAS OBSERVER FREE... Since we started the Dallas Observer, it has been defined as the free, independent voice of Dallas, and we'd like to keep it that way. With local media under siege, it's more important than ever for us to rally support behind funding our local journalism. You can help by participating in our "I Support" program, allowing us to keep offering readers access to our incisive coverage of local news, food and culture with no paywalls.
Make a one-time donation today for as little as $1.