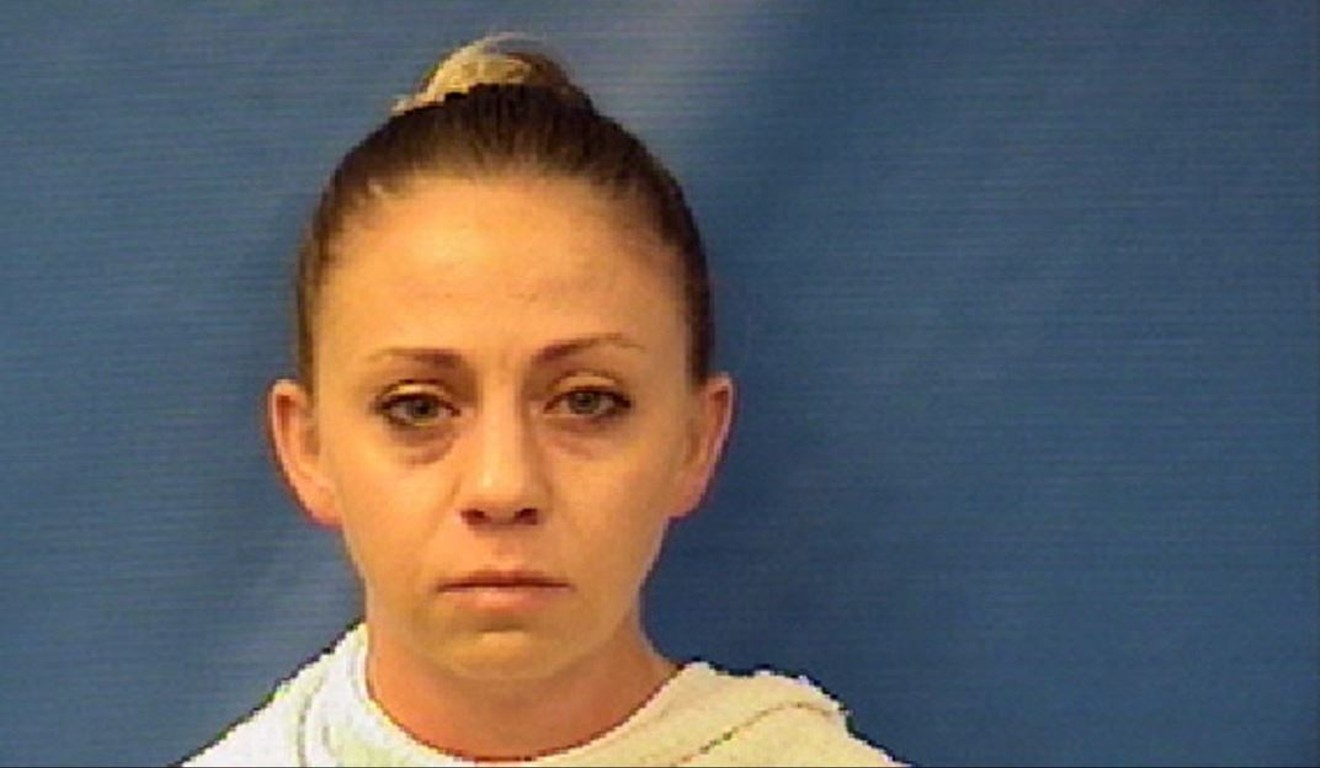 First on the stand was the 911 dispatcher who answered the call from Guyger. The entirety of the call was played for jurors. In it, Guyuger can be heard repeating over and over, “I thought it was my apartment” and “I’m so sorry." At points in the recording, Guyger sounds extremely distressed and tearful.

Several times Tuesday, prosecutors pointed out light sources, easily accessible light switches and other ways Guyger could have seen that the apartment she was in wasn't her own.

In body cam footage, officers appear to have trouble getting through the complex's front gate, which requires a clicker to open. But Dallas County Assistant District Attorney Jason Hermus pointed out that once they were in, officers didn't have a great deal of trouble finding Jean’s apartment, which was unit 1478. Guyger lived one floor below him, and on the night of Sept. 6, 2018, she says she mistakenly entered his apartment after she got off work, thinking it was hers. She shot and killed Jean, whom she believed was an intruder.

In footage from officer Michael Lee’s body cam, Lee’s partner, Kennan Blair, can be seen running down the hallway looking at the door numbers. His gun-mounted light is on, but he turns it off when there appears to be more light in the hallway. When he turns the corner into the lit hallway, he lowers his gun. Lee testified that this is standard behavior for an officer who has seen someone he does not perceive as a threat — in this case, an officer in uniform.

Hermus paused the videos several times to show light in the hallways, the visible roof of the apartment — indicating that the officers responded on the fourth floor of the building — and the light switches just inside of Jean’s door at an easily accessible height. He asked Lee and officer Torey Dugas about their training to use available light sources and using their guns and flashlights at the same time to see their surroundings. He also confirmed with them that they are trained to shelter in place and call for backup when they are the sole responding officers.

Lee said if he needed assistance while off duty, he would be likely to call over his take-home radio, which triggers the call for help faster than a 911 call, which is what Guyger chose.

When they arrived, officers administered CPR to Jean, who still had a pulse but was not responsive. Body cam footage shows the officers continuing CPR until paramedics arrive.

While Hermus pointed out light sources and officer training, Guyger’s attorney, Robert Rogers, focused on the reaction. Lee had time to prepare himself mentally to arrive at the scene of a burglary, Rogers said, whereas Guyger was simply arriving at what she thought to be her home. Both officers said that, if they were in their own home and perceived a deadly threat, they would consider using deadly force.

Sgt. Breanna Valentine testified that she was at the 7-Eleven next door when she heard the call. She said she was third or fourth to arrive at the Southside Flats apartments. When another sergeant arrived, Valentine  took Gugyer away from the scene, following protocol for removing an officer involved in a shooting from the situation.

On Valentine’s camera, Guyger can be seen standing in the hallway outside Jean’s apartment texting on her phone. At the time, Valentine did not know that Guyger, who was still in uniform, was off duty. After escorting Guyger downstairs, Valentine left her alone in the parking garage to go get her squad car. Footage from Valentine's car video camera shows Guyger surrounded by Dallas Police Department officers dressed in street clothes.

When Rogers objected to the submission of the video as evidence, Judge Tammy Kemp asked the jury to leave the room while she asked Hermus to lay out his reasoning for using the car video, as well as a video from the apartment complex, and proposed line of questioning.

In the rest of the video, and the apartment complex video, which Kemp declared inadmissible, Guyger is seen being escorted to Valentine’s car, where she sits until Dallas Police Association President Mike Mata arrives and tells Valentine to turn off the video. Although the jury will never hear the testimony, Valentine said she thought she was following procedure for an on-duty officer, who is allowed privacy to speak to a superior. Officers approach the car and appear to chat with Guyger.

Hermus said Valentine's actions showed Guyger was being treated differently from a regular suspect. Typically, officers would leave the video running, and a suspect wouldn't be allowed to talk to anyone who wasn't an officer or detective directly involved in the case.

Kemp barred that line of questioning and did not let the jury see the apartment complex video. The entirety of Valentine’s car video was allowed as evidence, but the jury was still out of the room when Valentine discussed it. Valentine was excused after Kemp announced her decision about Hermus’ questioning and the apartment complex video.
KEEP THE DALLAS OBSERVER FREE... Since we started the Dallas Observer, it has been defined as the free, independent voice of Dallas, and we'd like to keep it that way. With local media under siege, it's more important than ever for us to rally support behind funding our local journalism. You can help by participating in our "I Support" program, allowing us to keep offering readers access to our incisive coverage of local news, food and culture with no paywalls.
Make a one-time donation today for as little as $1.