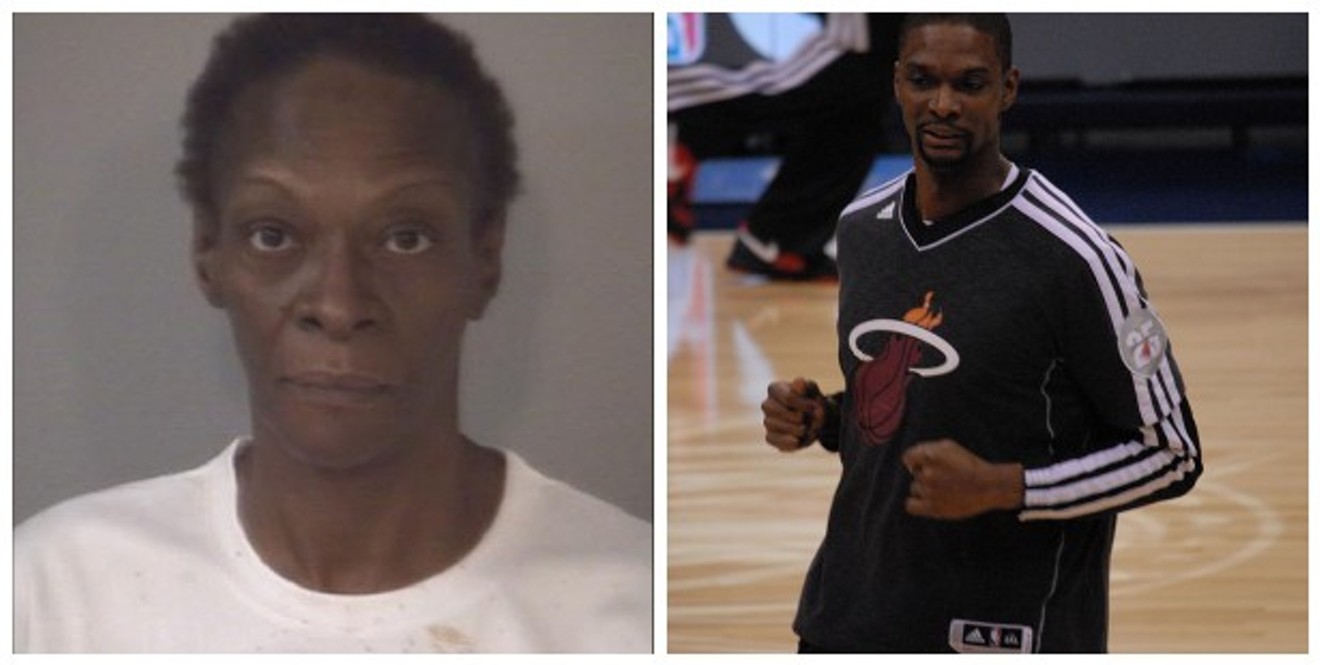 Freida and Chris Bosh DeSoto Police Department and scott mecum
The estranged mother of 11-time NBA All-Star and Lincoln High School graduate Chris Bosh faces felony charges. Police say Freida Bosh allowed drugs to dealt from a DeSoto home owned by her son. Freida Bosh, who was living at the home, and her ex-roommate, Johnathan Brown, are charged with exploitation of a disabled person.

Police searched the home at 902 St. George Place on Dec. 8 after getting a warrant based on reports of drug sales at the property. While police didn't find any drugs, they found a large amount of drug paraphernalia.

Police say Bosh and Brown allowed a disabled person to live with them and that Bosh ordered the person, whom police aren't identifying, to turn over part of a monthly disability check to cover rent for him and Brown. The victim was also forced to help Brown sell drugs, according to police. In return for coverage of his rent, Brown gave Bosh free drugs, according to police.

DeSoto police arrested Bosh on Tuesday and took her to the city jail. She made bail and was released. Brown is still in custody at the Tarrant County Jail.

Shortly after the raid on the home, Bosh told TMZ that she had nothing to do with any drugs that might have been sold out of the house. She and her son, she told the tabloid, haven't spoken in five years. Chris Bosh recently tried to evict his mother from the house but was unsuccessful. A judge ruled that he didn't properly serve his mother with a notice to vacate.

Exploitation of a disabled person is a third-degree felony in Texas. If convicted, Freida Bosh faces 2-10 years in state prison.