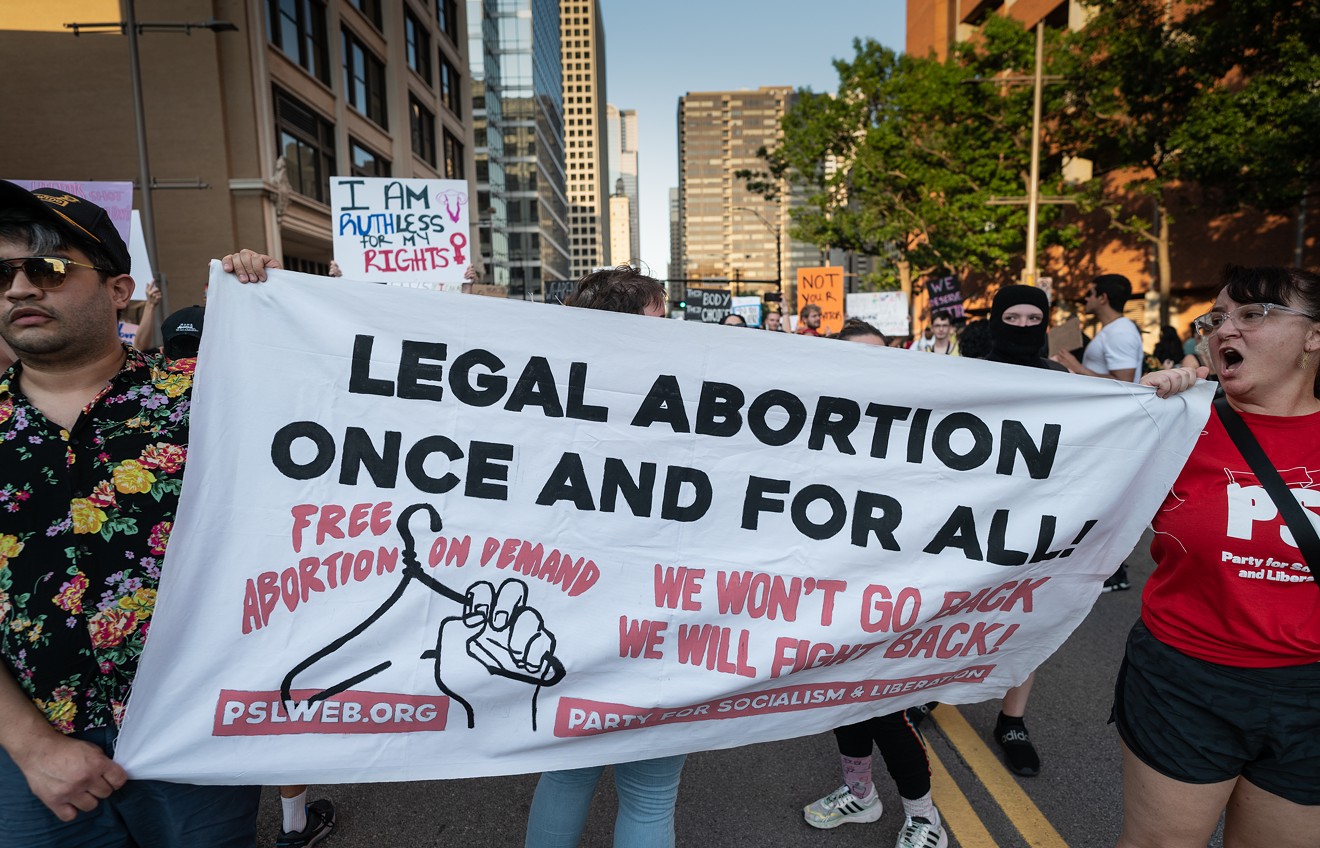 Activists protest the Supreme Court's decision to overturn Roe v Wade in downtown Dallas on June 24, 2022. Mike Brooks
The Dallas City Council has passed a resolution to limit the use of city resources to investigate potential abortion-related offenses.

On Wednesday, council members voted 13-1 in favor of the resolution.

The vote makes Dallas the latest city to pass such a resolution. City councils in Austin and Denton recently passed similar measures.

The measure says that “access to safe and legal abortion is a major factor in the long-term health, safety, and quality of life of pregnant people.”

Known as the Guarding the Right to Abortion Care for Everyone (GRACE) Act, the measure will restrict city resources from being used to conduct surveillance or otherwise investigate abortions or other pregnancy outcomes that violate Texas’ ban on the procedure.

The resolution includes a handful of exceptions. For instance, a city employee can pass on information related to the outcome of a pregnancy or an abortion in order to comply with state or federal law. City employees can also relay such information if it’s done to protect a patient’s reproductive rights.

Speaking by phone the day before the vote, City Council member Adam Bazaldua said: "It's important to emphasize the fact that we have much more important things to spend our resources on within the Dallas Police Department."

After the U.S. Supreme Court overturned Roe v. Wade in June, effectively allowing states to decide on the legality of abortion, several district attorney offices around Texas, including in Dallas County, said they would not prosecute abortion-related charges.

Speaking to Dallas City Council ahead of the vote Wednesday, Michelle Anderson, an associate at The Afiya Center advocacy group, called on council members to pass the resolution.

“Passing this ordinance will show your willingness to take the necessary steps to build racial equity for all constituents, provide some privacy protection and help aid in unnecessary spending of city resources,” Anderson said.

Speaking to Washington Post Live, Dallas County District Attorney John Creuzot said he will work to protect women and "their decisions, their doctors' decision [and] their healthcare providers."

In neighboring Tarrant County, DA Sharen Wilson has promised to prosecute abortion law violations. “Prosecutors do not make the law — we follow it,” Wilson wrote on Twitter in July. “We followed Roe v. Wade when it was the law and we will follow Texas state law now.”
KEEP THE DALLAS OBSERVER FREE... Since we started the Dallas Observer, it has been defined as the free, independent voice of Dallas, and we'd like to keep it that way. With local media under siege, it's more important than ever for us to rally support behind funding our local journalism. You can help by participating in our "I Support" program, allowing us to keep offering readers access to our incisive coverage of local news, food and culture with no paywalls.
Make a one-time donation today for as little as $1.