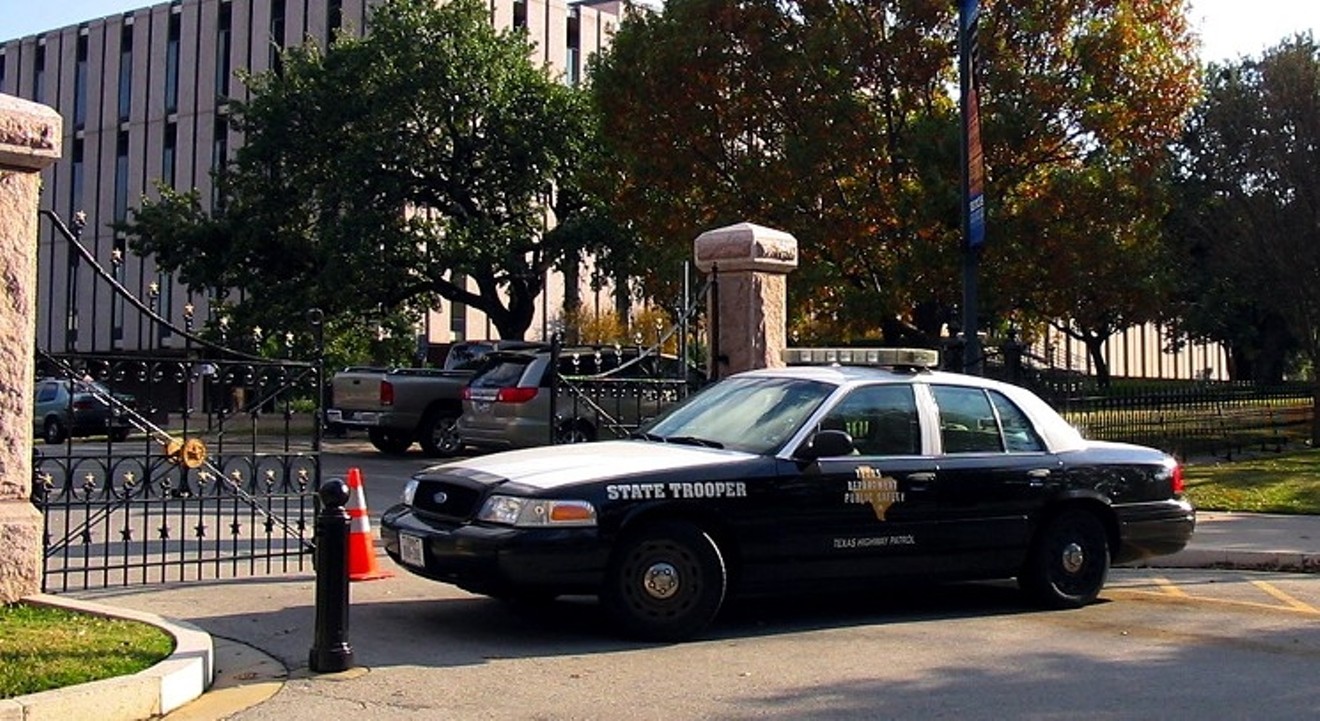 DPD says that the DPS deployment is in response to an uptick in crime linked to "violence surrounding entertainers that cross multi-jurisdictional boundaries."

Dallas rapper Mo3 was shot and killed a couple of weeks ago as he drove down Interstate 35. The next week Louisiana rapper Boosie Badazz was shot in the leg after attending a vigil for his former collaborator Mo3. Boosie's injuries were not life-threatening.

Terrance Hopkins, president of the Black Police Association of Greater Dallas, says the department needs anywhere between 800-1,000 more officers to be at optimal staffing levels. It’s a problem that has persisted in the city for some time now. Dallas keeps getting bigger, Hopkins says, but DPD’s staffing levels stay the same or dwindle.

Hearing the department’s cries for more manpower last summer, the governor sent in state troopers mainly to patrol in high-crime areas. It was a tactic that some at the department still say was successful despite controversy over communities feeling over-policed.

The troopers made over 12,000 traffic stops and 1,000 arrests. Half of the arrests made in what was dubbed “Operation D-Town” were for felony offenses. On Aug. 17, 2019, one of those stops resulted in the death of Schaston Hodge, who was being pulled over for failing to use his blinkers. DPS says that Hodge was armed and fired at the troopers before they shot and killed him.

This time around, DPS is taking a different approach. In a press release, the police department says DPS’s involvement will be solely from an investigative capacity, “not from a field operation or enforcement standpoint.”

Abbott said DPS will be sending in multiple resources to support the police department, including special agents, state troopers to support the DPS gang and drug investigative operations, as well as a team of DPS intelligence analysts.

The agency will also be throwing in two helicopters and two patrol planes for air support and a team of Texas Rangers to help DPD homicide investigations.

Dallas City Council member Adam Bazaldua, one of the bigger opponents to the troopers’ 2019 patrols, told D Magazine that he’s confident about their plans this time around and has been assured they’ll practically be invisible to residents.

Mike Mata, president of the Dallas Police Association, says however that the extra boots on the ground were what made the troopers’ operations successful last year. “It really comes down to police presence,” Mata says.

He says having the extra hands helped the department get back to proactive policing. With such a shortfall in the number of available officers, Mata says DPD has to resort to reactive policing. “We’re just report writing. We’re just answering calls,” he says.

DPS hasn’t revealed much about what it will be doing in Dallas. In an email to the Observer, the agency only said its efforts will go toward homicides and violent crime and that it doesn’t discuss operational specifics. The governor said extra resources will be made to the department upon request.

Whatever DPS does, one thing is for sure: It’s only temporary and it won't solve the city's staffing issue.

There are plans to invest in more social programs in the city and address crime in ways that don't involve the police, which, ideally, would take some pressure off of DPD, but it may take a while to see results.
KEEP THE DALLAS OBSERVER FREE... Since we started the Dallas Observer, it has been defined as the free, independent voice of Dallas, and we'd like to keep it that way. With local media under siege, it's more important than ever for us to rally support behind funding our local journalism. You can help by participating in our "I Support" program, allowing us to keep offering readers access to our incisive coverage of local news, food and culture with no paywalls.
Make a one-time donation today for as little as $1.