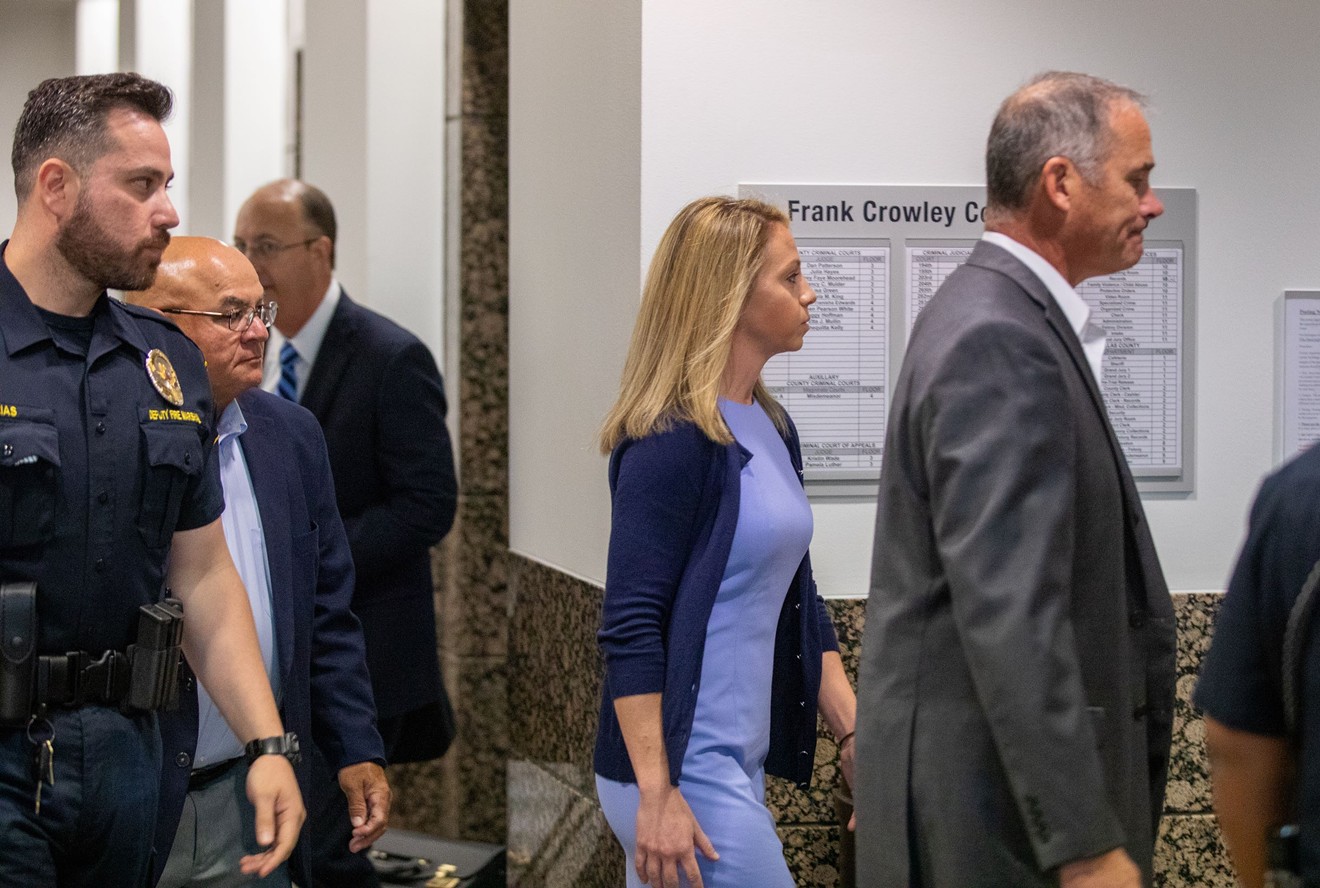 Former Dallas police officer Amber Guyger walks with her attorneys into the Frank Crowley Courts Building. Guyger faces a murder charge in connection with the killing of her upstairs neighbor, Botham Jean. Nathan Hunsinger
Former Dallas police officer Amber Guyger is guilty of murder, jurors decided Tuesday morning after about four hours of deliberation, rejecting her contention that she acted reasonably when she shot Botham Jean by mistake in his apartment in 2018. The same jury will decide on her punishment this week. She faces between five and 99 years in prison.

Following the verdict, Guyger sat at the defense's table in the courtroom weeping. Jean's family hugged each other and celebrated with prosecutors.

The jury got the case Monday afternoon, following about a week of testimony. The state's case focused on Guyger's decisions leading up to her shooting and killing Jean, who she believed was an intruder in her apartment. Jean was actually in his own home. Guyger, then a Dallas Police Department officer, had parked on the wrong floor and walked home to Jean's fourth-floor apartment, rather than her own third-floor unit.

Guyger's defense rested on a legal principle known as "mistake of fact." If a jury finds that a reasonable mistake led someone to commit a crime they wouldn't have otherwise in Texas, the state's penal code dictates that the person charged should not be found guilty of a crime.

In Guyger's case, the jury of eight women and four men found that her mistakes — going to the wrong apartment and then deciding to use lethal force against Jean — were unreasonable.

Ben Crump, one of the civil attorneys representing Jean's family, commended the jury.

“Nothing will bring Botham back, but today his family has found some measure of justice," Crump said. "What happened on Sept. 6, 2018, is clear to everyone: This officer saw a black man and shot, without reason and without justification. The jury’s thoughtful verdict sets a powerful precedent for future cases, telling law enforcement officers that they cannot hide behind the badge but instead will face justice for their wrongful actions.”

Another of the Jean's civil attorneys, Lee Merritt, said that he trusts the jury will come back with an appropriate sentence.

“We believe in the wisdom of this jury,” Merritt said. “We believe that Botham’s life mattered, and we want to see a sentence that reflects that.”
KEEP THE DALLAS OBSERVER FREE... Since we started the Dallas Observer, it has been defined as the free, independent voice of Dallas, and we'd like to keep it that way. With local media under siege, it's more important than ever for us to rally support behind funding our local journalism. You can help by participating in our "I Support" program, allowing us to keep offering readers access to our incisive coverage of local news, food and culture with no paywalls.
Make a one-time donation today for as little as $1.