It's a Good Year for Poisonous Water Hemlock in Dallas, and That's Bad News for Us 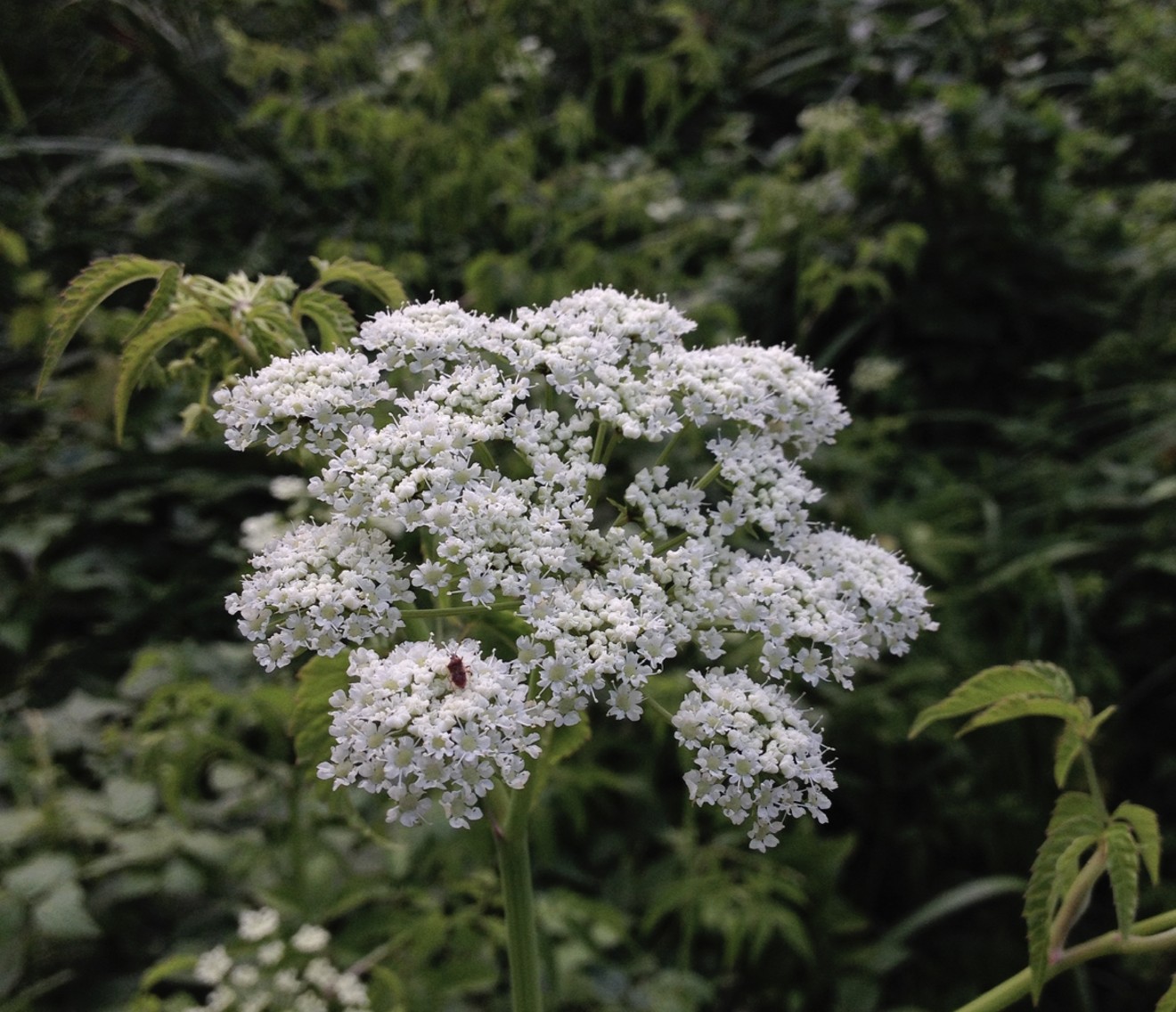 Within minutes, this plant can cause grand mal seizures and even death. Fritzflohrreynolds, CC BY-SA 3.0, via Wikimedia Commons
Local environmentalist Ben Sandifer reported to the city of Dallas on June 19 that he’d spotted water hemlock growing at White Rock Lake. He knew the plant presented trouble. If ingested, water hemlock, a toxic plant, can kill a person in a matter of minutes. Sandifer said he doesn’t make a habit of eating random plants he finds at White Rock Lake, but just touching it can cause irritation of the skin.

The U.S. Department of Agriculture calls water hemlock “the most violently toxic plant that grows in North America." The death Socrates in 399 BCE is often attributed to poisoning with common hemlock, which is in the same family as the plant recently found at White Rock Lake. People who come in contact with the plant should call poison control.

Sandifer said water hemlock, which can grow up to 3 feet tall and sprouts white flowers in an umbrella formation, has been at the lake for years, but it has taken off in the area this summer.

“The plant, like a lot of stuff out in the wild, can have good years and bad years,” Sandifer said. This is apparently a good year for water hemlock in Dallas. So, the city is acting to remove it from White Rock Lake, using a product called Rodeo, which contains glyphosate. This concerns Sandifer, who said the jury is still out on glyphosate’s effects on wildlife, “especially in aquatic areas” like White Rock Lake. “Some people think the cure for this could be just as bad as the plant itself,” he said.

“Some people think the cure for this could be just as bad as the plant itself." – Ben Sandifer, environmentalist

Glyphosate is one of the most commonly used herbicides in history, according to the publication Environmental Health News. Though the chemical has been believed to have little to no effects on surrounding wildlife, there’s growing evidence this isn’t the case, the publication wrote in 2019. The chemical “may impact the metabolism, growth and reproduction of aquatic creatures and could be altering the essential gut bacteria of animals such as bees,” according to Environmental Health.

But Sandifer said using the chemical will allow the city’s crews to have limited contact with the plant.

Sandifer guessed that the water hemlock is likely more of a danger to exposed livestock or unwitting passersby who may accidentally touch the plant as they spend time at the lake. However, it also resembles plants people regularly consume, Dallas forester Chris McMaster said.

“The scary thing about this plant is it looks like a lot of other plants in the carrot family, so it looks like other root plants that people would usually go out and forage and consume,” McMaster said.

As the city’s forester helping address harmful wildlife in Dallas, McMaster said, “I don’t look to chemicals first.” He said the city generally tries to use fewer chemicals in instances like this. For example, products containing glyphosate haven't been used at White Rock Lake in more than three years, McMaster said. “This kind of presents a unique scenario for us,” he said.

The plant is just too toxic to remove without chemicals, he said. Removing the plant mechanically could cause the toxin in the plant to spread beyond White Rock Lake, exposing workers and surrounding communities, McMaster explained. “Even if we went and removed it mechanically, it would just pop up again through that root system,” he said. “The benefit of using glyphosate is it will kill the plant all the way through the root system.”

But he doesn’t want the glyphosate to spread either. McMaster said that’s why licensed professionals will apply glyphosate only in the immediate areas where hemlock has been located.

Across the board, McMaster said the city is trying to reduce its chemical application. When city workers do use chemicals, they want to make sure the application is local to the actual problem instead of applying it to a large area. “It’s going to be very localized. It’s going to be very selective. … You go to that site, you specifically spray that plant and nothing else – no other areas around it, no other plant material, just that specific plant.”

The city has already started treating the area, but it could take weeks before the water hemlock is completely removed from White Rock Lake.
KEEP THE DALLAS OBSERVER FREE... Since we started the Dallas Observer, it has been defined as the free, independent voice of Dallas, and we'd like to keep it that way. With local media under siege, it's more important than ever for us to rally support behind funding our local journalism. You can help by participating in our "I Support" program, allowing us to keep offering readers access to our incisive coverage of local news, food and culture with no paywalls.
Make a one-time donation today for as little as $1.