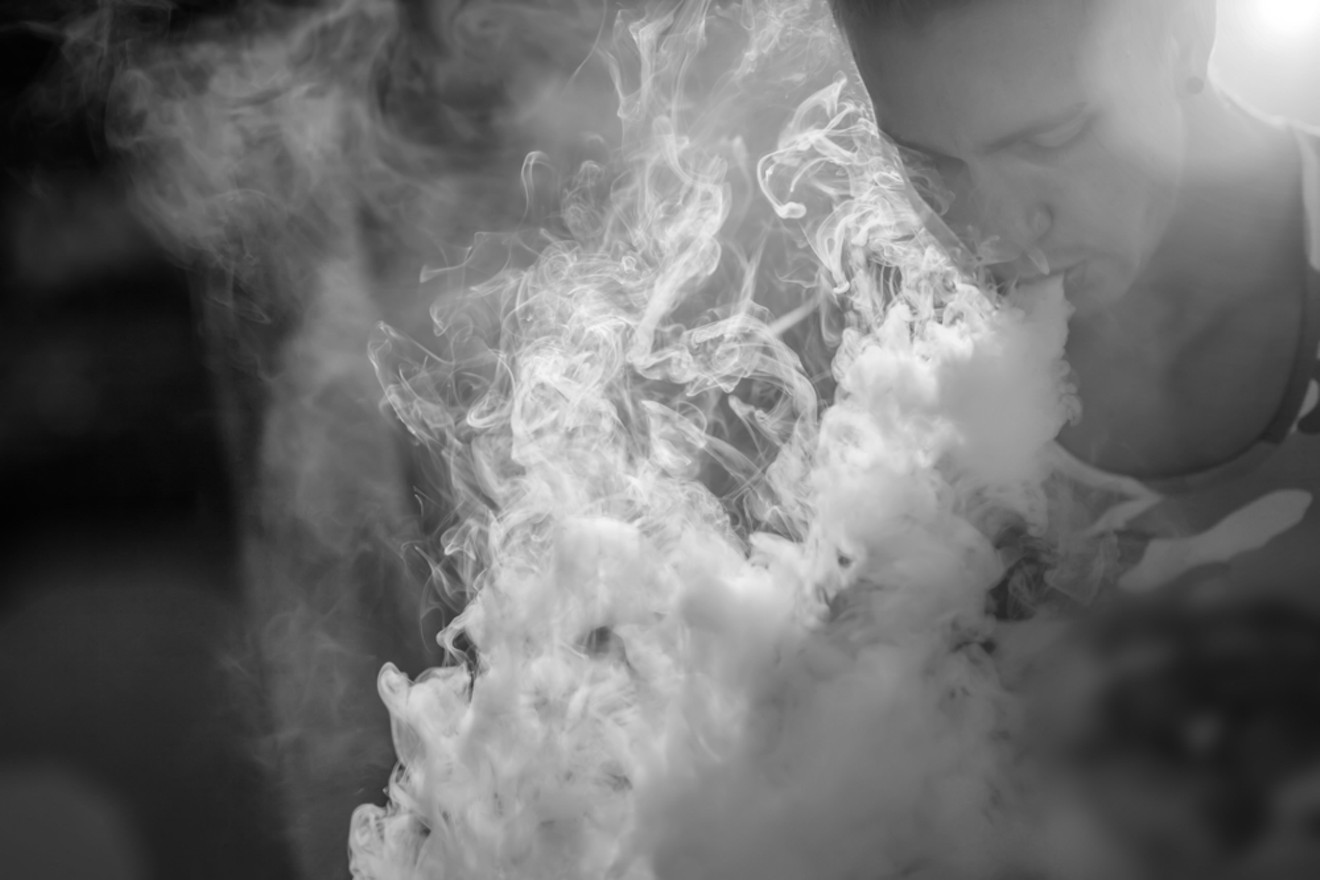 Three people may have died from lung disease related to e-cigarette use, according to the Centers for Disease Control. Shutterstock
As many as 14 Dallas County residents have come down with "severe pulmonary disease" related to their use of e-cigarette or vape products, according to Dallas County Health and Human Services. Five of those reported to the county by local hospitals have required intubation and been placed on ventilators. Two additional patients required extracorporeal membrane oxygenation, a process by which a life support machine replaces the function of a patient's lungs and heart.

The Dallas County cases are part of a much larger trend. Nationwide, 450 cases of pulmonary illness possibly related to vaping have been reported in 32 states, as of Sept. 6, according to the Centers for Disease Control and Prevention. Five people are believed to have died from vape-related illnesses, Dr. Philip Huang, the director of DCHHS told the Observer on Monday.

"I think it's really alarming," Huang says. "These are previously healthy youth and young adults. (Dallas County's) median age (for vaping-related illness) is 19 years of age. Six of our 14 are under the age of 18, these are previous healthy persons that are being intubated and placed on ventilators."

While neither the CDC nor anyone else has identified a single substance or product contributing to the rash of health problems, most — but not all, Huang is careful to emphasize — of those afflicted have reporting vaping products containing cannabinoids like THC. Until a "definitive cause" is found, the CDC recommends that everyone consider putting their vape pens down for a little while.


"Don't modify the products or add substances that aren't intended by the manufacturer." — Dr. Philip Huang

E-cigarettes should never be used, according to the agency, by kids, teenagers, those who are pregnant and those who aren't currently using tobacco products.

"If anyone is using (e-cigs, they shouldn't) buy the products off the street," Huang says. "Don't modify the products or add substances that aren't intended by the manufacturer."

Symptoms of e-cigarette related illness have most often included chest pain, shortness of breath and non-productive coughing, DCHHS says. Those suffering from apparent vape-related health problems have also reported nausea, vomiting, diarrhea and tachycardia.
KEEP THE DALLAS OBSERVER FREE... Since we started the Dallas Observer, it has been defined as the free, independent voice of Dallas, and we'd like to keep it that way. With local media under siege, it's more important than ever for us to rally support behind funding our local journalism. You can help by participating in our "I Support" program, allowing us to keep offering readers access to our incisive coverage of local news, food and culture with no paywalls.
Make a one-time donation today for as little as $1.