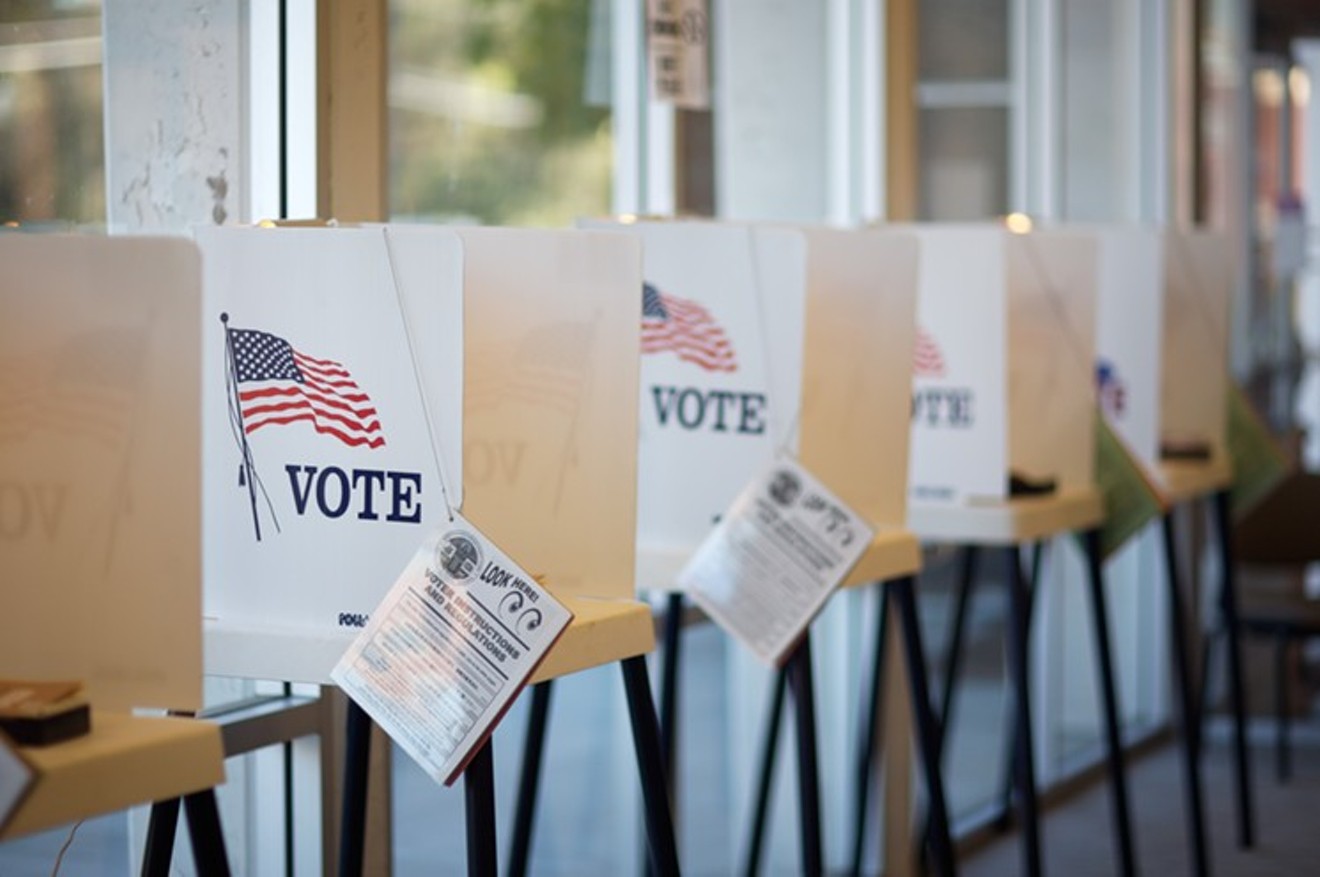 The Tarrant County Judge race is shaping up to be a microcosm of the debate over election conspiracy theories. Getty Images
A battle is brewing in the race for Tarrant County Judge, with ultra-conservative Republican Tim O'Hare facing off against Democrat and longtime civil rights advocate Deborah Peoples.

Although county judge is a mostly administrative role, experts say there's a lot at stake in the Tarrant County vote.

O'Hare didn't respond to multiple requests for comment. But when he spoke to KERA News after beating former Fort Worth Mayor Betsy Price in the primary election, he said he hoped to make Tarrant County "more Republican every single day."

In the past, O'Hare served as mayor of Farmers Branch, where he secured two ordinances that sparked controversy.

One required local apartment complexes to verify potential tenants' immigration status in the country, while another declared English the town's official language. Both were tossed out following court challenges, while the immigration status measure ended up costing Farmers Branch nearly $7 million in legal fees.

Nowadays, O'Hare has centered his campaign on issues stemming from debunked conspiracy theories alleging widespread voter fraud. To that end, he promises he'll hire an "election integrity officer" to oversee elections and hunt down potential instances of voter fraud. If the election integrity officer found such cases, they would then report them to a committee composed of the sheriff, county judge and commissioners.

When the Fort Worth Star-Telegram pressed O'Hare on the likelihood of finding voter fraud, he shot back, "Well, I know they're going to find it."

The opinion poll and analysis website FiveThirtyEight has tallied at least 26 Texas politicians at both the state and congressional levels who have either fully denied or raised questions about the 2020 presidential election's legitimacy. You might recall that after that election, many Trump supporters trafficked the claim that the vote had been rigged in Joe Biden's favor.

Since the November 2020 election, far-right groups and anti-government outfits rode Trump's coattails on those claims, which had also inspired the former president's supporters to riot at the U.S. Capitol on Jan. 6, 2021.

Some of those groups, such as the True Texas Project, have endorsed O'Hare in his bid for county judge. He's also been linked to other hardline conservative groups like the Alliance Defending Freedom, an anti-LGBTQ outfit that the Southern Poverty Law Center watchdog group has described as a hate group. O'Hare's website lists him as an Honor Corps Member.

Heidi Beirich, the cofounder of the Global Project Against Extremism and Hate, says the problem with election denialism spans the country.

"There are some people running for both gubernatorial and secretary of state offices across the country who are election deniers and are basically proposing making elections partisan, sort of deciding before the vote actually occurred," she explains. "And that is really troubling and a threat to our democracy that I don’t think many people thought they were going to ever see."

Still, she hopes that a potential positive outcome could come about when voters realize how important down-ballot local races are, like county judge. After all, if you believe the elections are all rigged, why go vote at all? 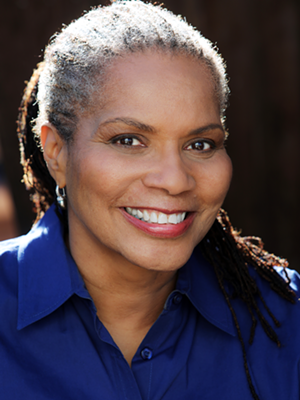 "They know there's no fraud. But that doesn't fit their narrative," Democrat Deborah Peoples says of her GOP opponent in the race for Tarrant County judge.
Courtesy of the Deborah Peoples Campaign
"These candidates are playing sort of a funny game, right?" Beirich adds. "The way I think of it is they’re almost setting up for themselves like a win-win situation in the sense that if they lose, they can say that everything was rigged, and they really won. And if they won, they can make the argument that it’s because of their election integrity efforts over the last few years. …The whole effort is incredibly cynical."

Whether voters are concerned about local elections or not, the Tarrant County Judge race shows that election deniers are gradually building their influence and power, Beirich says. And those candidates might run for higher offices down the line.

For her part, Peoples says the county's future is at stake in this election. In local votes like this one, Peoples argues, "the rubber meets the road."

At the same time, both Beirich and Peoples worry the conspiracy theories will end up harming voter turnout. If voters fear making a mistake and facing accusations of fraud, they might not head to the ballot box at all.

Peoples worries the voters who haven't gotten caught up in fraud conspiracy theories are likelier to believe their vote doesn't matter if everyone else thinks the whole thing is rigged.

According to the Brennan Center for Justice, claims of voter fraud were common in the 2016, 2018 and 2020 elections, with "politicians at all levels of government" falsely alleging those votes "were marred by large numbers of people voting illegally."

The advocacy group says research has time and again shown that voter fraud is "very rare, voter impersonation is virtually nonexistent, and many instances of alleged fraud are, in fact, mistakes by voters or administrators."

Peoples, who has in the past served on the Tarrant County Election Commission, adds of her Republican counterparts, "They know there's no fraud. But that doesn't fit their narrative."

"Local elections are the engines that drive our lives." – Deborah Peoples

That's what frustrates her about O'Hare's promise to create an election integrity officer and throw money at a problem that doesn't exist.

With midterms approaching on Nov. 8, Poppy MacDonald, the CEO of the voter advocacy nonprofit USAFacts, says electoral misinformation in recent years has eroded the public's trust in the democratic system.

“People are hearing two different versions of reality and don’t have the information they need to make a choice,” MacDonald says. “There’s one source of truth, and that’s to go look at the data.”

That's why the team at USAFacts has created an interactive midterm map that provides easy access to information on local elections in almost every county in the U.S. On the map, voters can see data from over the years on education, climate change, abortion and other key issues.

As far as Peoples is concerned, "reasonable people have to keep talking" to keep their voices from being drowned out by the more extreme voices.

The way she sees it, Tarrant County has been spared much of the partisan infighting that has engulfed other parts of the state and the country. In her bid for county judge, though, she hopes voters know what's at stake. "Local elections are the engines that drive our lives," she says.
KEEP THE DALLAS OBSERVER FREE... Since we started the Dallas Observer, it has been defined as the free, independent voice of Dallas, and we'd like to keep it that way. With local media under siege, it's more important than ever for us to rally support behind funding our local journalism. You can help by participating in our "I Support" program, allowing us to keep offering readers access to our incisive coverage of local news, food and culture with no paywalls.
Make a one-time donation today for as little as $1. 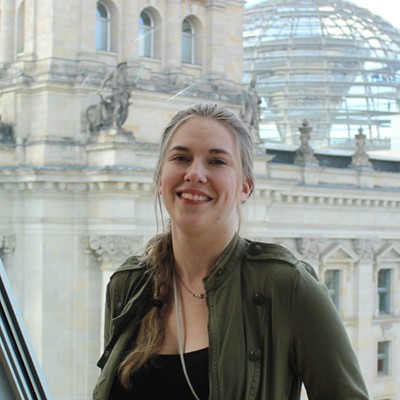 Darby Murnane is a freelance journalist for the Dallas Observer. She has a master of journalism from the University of North Texas and is a Fulbright Scholar. Darby was born and raised in New Jersey but has no mafia connections that need concern you.
Contact: Darby Murnane
Follow:
Twitter: @DarbyMurnane8