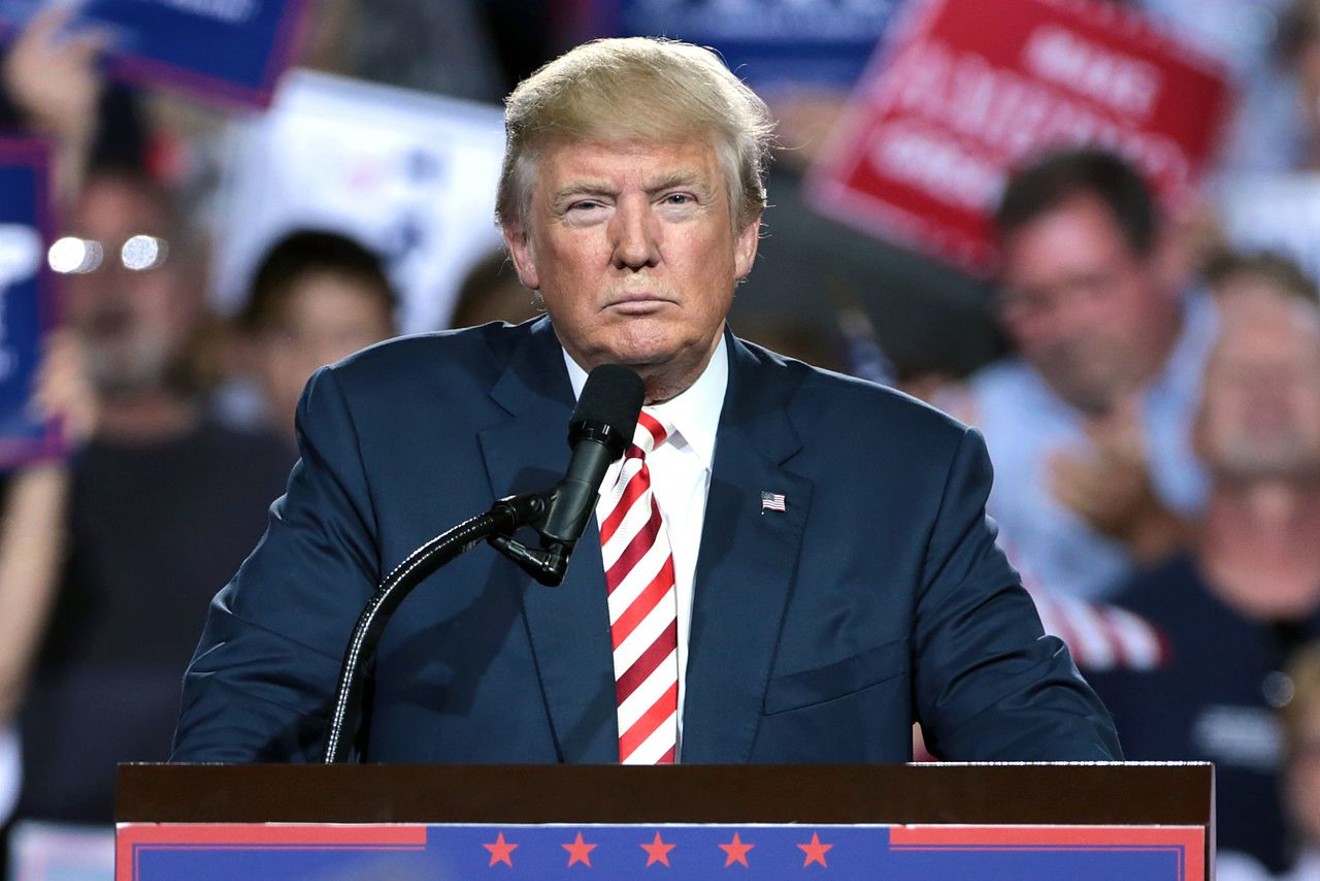 Texas Republicans are standing by their president. Gage Skidmore
After what seemed like an eternity, media outlets announced Saturday that President Donald Trump had lost his bid for reelection. Try telling that to Trump or any other person who counts themself his ally.

It’s not surprising, considering the last four years of Trumpian reign, but Republican lawmakers’ refusal to congratulate President-elect Joe Biden is a breakaway from tradition.

Since last week, Trump has liberally touted “baseless” claims of voter fraud as a way of explaining away his loss, according to AP News. Most Texas Republican lawmakers have followed suit, refusing to acknowledge that Democrat Biden won the race without the aid of millions of so-called “illegal ballots.”

Texas U.S. Sen. Ted Cruz accused Democrats of “clouding the vote-counting in a shroud of darkness,” according to The Independent. He’s also claimed liberals are leading efforts to “steal the election” from the president and his supporters, especially in states like Pennsylvania, which went for Biden.

Last week, Pennsylvania became the latest target of Republican derision after a viral video claimed to “prove” that election fraud was occurring there. That is patently false, according to the nonpartisan website FactCheck.org.

Even still, East Texas U.S. Rep. Louie Gohmert made a pilgrimage to Philadelphia, taking a mask-less selfie outside what appears to be a polling place.

“I’m in Philly where voter fraud is rampant,” Gohmert wrote in a tweet. “Where’s @TheJusticeDept??? #CountEveryLegalVote.”

“What is happening in some states undermines trust in elections,” Abbott tweeted.


Texas swiftly processed more than 11 million votes & quickly announced winners across 2 time zones.?
To ensure transparency we allow poll watchers from each party to participate in the voting & tally processes.

What is happening in some states undermines trust in elections.

“While the establishment continues to cower in fear, support the ‘new president’ that hasn’t even been elected yet, and waste time spreading gossip and disgusting lies, Shelley continues to show courage, standing in support of President Trump, fighting for the voices that can’t be heard, and preparing to drain the swamp,” she wrote.

Luther will face state Rep. Drew Springer in a December runoff for the Texas Senate.

“The American people can have confidence that this election was fundamentally fair, its integrity will be upheld, and its outcome is clear." – former President George W. Bush

The Republican Party of Texas is also claiming election malfeasance. In a statement Saturday, chair Allen West cast doubt on the election process, writing that the “Democrat Socialists have found and counted enough votes” to secure a Biden win.

West insinuated that Biden had won the election through illicit means.

“Biden and [Vice President-elect Kamala] Harris will be similar to Barry Bonds and have a permanent asterisk by their names,” West wrote. “Americans don’t like cheaters, and the perception of such lends itself to reality, just ask Tom Brady about Deflate-Gate.”

The only two Texas politicians who have acknowledged Trump’s defeat didn’t have much to lose.

In a statement made from Dallas, former President George W. Bush wrote he had warmly congratulated Biden on his win. Bush wrote that regardless of their personal political differences, he believes Biden will work to unify the country.

No matter how anyone voted, Bush said they should know their vote counted.

“The American people can have confidence that this election was fundamentally fair, its integrity will be upheld, and its outcome is clear,” he wrote.

Retiring U.S. Rep. Will Hurd of District 23, which runs along the Texas-Mexico border, adopted a more forceful tone.

“A sitting president undermining our political process & questioning the legality of the voices of countless Americans without evidence is not only dangerous & wrong, it undermines the very foundation this nation was built upon. Every American should have his or her vote counted,” Hurd said in a tweet last week, likely referring to Trump’s lawsuits to stop counting in certain states.

A sitting president undermining our political process & questioning the legality of the voices of countless Americans without evidence is not only dangerous & wrong, it undermines the very foundation this nation was built upon. Every American should have his or her vote counted.

Trump was many Republicans’ political hero, and his downfall is one some are unwilling — or perhaps unable — to accept. Denial, it’s said, is the first stage of grief.

In a video tweeted by New York Times correspondent Astead Herndon, the patriots shouted a rallying cry: “Stop the steal!”

Shortly after, they began singing “America the Beautiful.”
KEEP THE DALLAS OBSERVER FREE... Since we started the Dallas Observer, it has been defined as the free, independent voice of Dallas, and we'd like to keep it that way. With local media under siege, it's more important than ever for us to rally support behind funding our local journalism. You can help by participating in our "I Support" program, allowing us to keep offering readers access to our incisive coverage of local news, food and culture with no paywalls.
Make a one-time donation today for as little as $1.