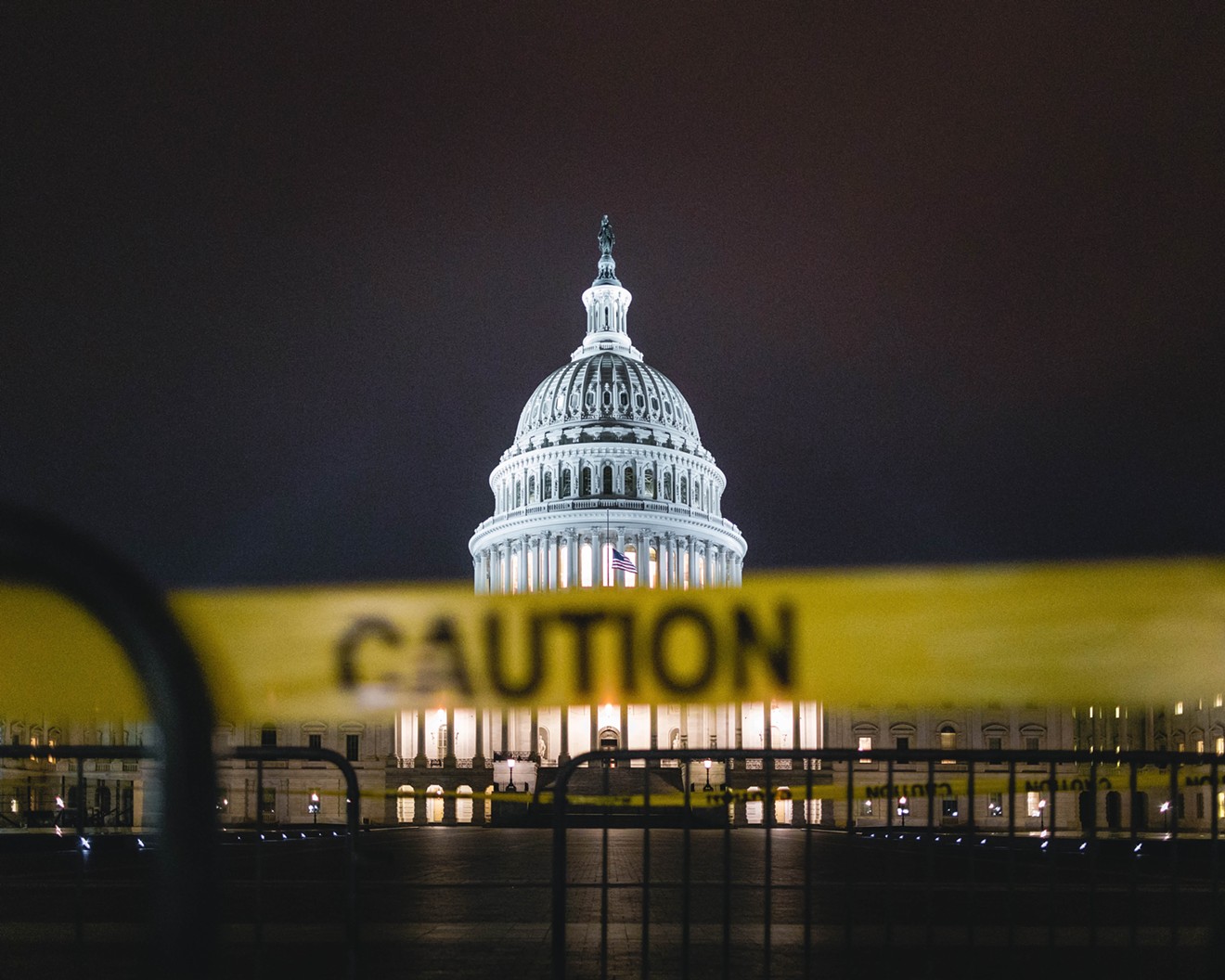 The government has tacked on another charge against an alleged North Texas insurrectionist. Photo by Andy Feliciotti on Unsplash
The FBI is continuing its investigation of North Texas' Capitol rioters. Last week, the government submitted a new court filing in the case of three North Texas real estate agents who reportedly took a private flight to Washington to join the rally-turned-riot.

The government slapped Colleyville’s Katherine “Katie” Staveley Schwab with an additional charge for her alleged involvement in the insurrection.

According to court documents, Schwab “willfully and knowingly engaged in an act of physical violence” on Capitol grounds on Jan. 6, when supporters of former President Donald Trump stormed the building, egged on by Trump's false claims that the presidential election was stolen from him. Along with Frisco real estate broker Jennifer “Jenna” Leigh Ryan, Schwab had previously pleaded not guilty to four counts, including violent entry and disorderly conduct in a Capitol building.

Schwab’s attorney did not return the Observer's request for comment by publication time, but Ryan’s attorney, Guy L. Womack, gave us an update. Schwab is likely facing another count because the government believes she kicked a news outlet’s camera, which had fallen to the ground, Womack said.

Ryan, meanwhile, is not facing any new charges.

“We feel more optimistic than ever,” Womack said.

Ryan attracted international media attention over her alleged involvement in that day's events, in part because she and Schwab had flown on a private plane to Washington. The Frisco broker had also livestreamed her journey stepping foot inside the Capitol building and smiled for a photo in front of a broken window.


“I really don’t see that being a crime." – Guy L. Womack, attorney

Capitol insurrectionists stormed the building after being fed lies that the presidential election had been rigged against Trump. Many destroyed federal property and some allegedly intended to kidnap or kill politicians.

Nearly 500 people have been arrested nationwide for their alleged participation in the riot, said Melinda Urbina, spokeswoman for the FBI’s Dallas office.

Many of those charged call North Texas home. Urbina said so far 24 people have been arrested across her office’s division, which covers much of the state’s top half. The last person to be arrested was a Lubbock man who turned himself in earlier this month.

Last month, a federal judge agreed to allow the government more time to build its case against Ryan because it’s having problems providing discovery. As of now, a hearing is set to be held on July 15, Womack said.

Although the government has only provided a limited amount of discovery, it's attempting to crack down on a large number of alleged insurrectionists nonetheless, Womack said. Like Ryan, the overwhelming majority of the people charged simply walked into the Capitol and did not damage anything, he added.

Womack believes that some of the cases will end in plea agreements that would result in no punishment. He also thinks the case against his client should be dismissed.

Ryan was merely a “curiosity seeker” who wanted to be part of history, joining others who showed up to peacefully demonstrate outside the Capitol, Womack said. She wandered into the building unimpeded and walked out on her own accord seconds later.

“I really don’t see that being a crime,” he said.