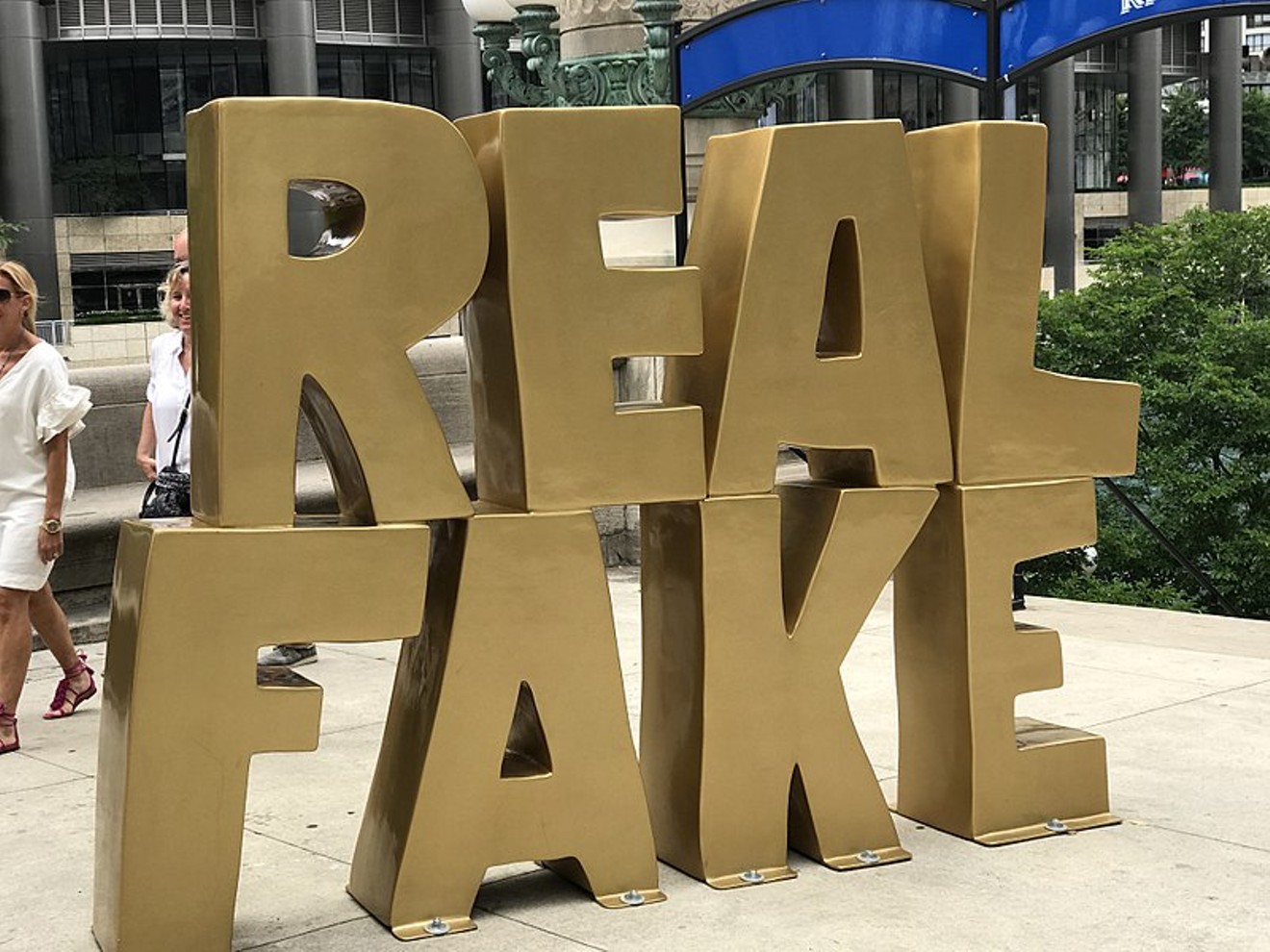 A supposed social justice campaign targeting Highland Park has raised more questions than answers Cole Camplese from Hinsdale, USA, CC BY 2.0, via Wikimedia Commons
CORRECTION, July 30: Keep Dallas Safe, an organization mentioned in the original version of this story, has provided documentation proving that it has no relationship to Dallas Justice Now; its ties to Arena began in June 2021 and were limited to assistance with website design with no connection to Dallas Justice Now. This article has also been edited to remove a reference to and characterization of the Dallas Express.

As soon as Casie Tomlin found the FedEx envelope in her mailbox, she knew something looked fishy. Inside, a flyer from a group called Dallas Justice Now urged parents in Dallas’ wealthy — and largely white — Highland Park and University Park suburbs to not send their kids to Ivy League schools.

The parents needed to make space for students of color, the statement said. If they didn’t sign the pledge, Dallas Justice Now would publish their names online. The statement also appeared on PR Newswire, a pay-for-play press release service.

Then, she typed a few questions on Dallas Justice Now’s Facebook page. She donated money to the group to see if she could get more information. She tried to contact the people behind it.

Before she knew it, Tomlin had been doxxed. Dallas Justice Now published a follow-up press release, accusing her of being a white supremacist. The group then wrote several posts about Tomlin on its Facebook page.

Later, Tomlin took to Twitter and wrote, “I knew it was fake and designed to draw a rise the first time I saw this nonsense.”

Meanwhile, Dallas Justice Now blew up in right-wing media. The story appeared at the Post Millennial, a far-right website based in Canada. The British Daily Mail tabloid ran a story about the saga. Conservative media figures had a field day. "Yes, this is real," wrote Matt Walsh, a conservative Twitter personality and columnist for the Daily Wire.

The ultra-conservative PJ Media warned that the “local Black Lives Matter group Dallas Justice Now launched a new campaign, urging white parents in wealthy Highland Park to sign a pledge to keep their children from applying to America’s top colleges — in the name of ‘equity.’”

On Tuesday night, the scandal even found its way to Tucker Carlson Tonight, the Fox News showed headed by its eponymous far-right host. Host Mark Stein, who was filling in for Carlson, described the Dallas Justice Now debacle as "one of those stories that would have been a rather dull satire a decade ago, but these days, it is just standard operating procedure." (To be fair, no one said Tucker's team included crack fact-checkers.)


The #DallasJusticeNow thing seems like an obvious set up (in the #projectveritas or #Jacobwohl way). So I did a little digging. There are no names associated with the org on the website as far as I can find other than a [email protected] 1/17

Now, Tomlin suspects the entire operation is a hoax and she’s been targeted for her attempts to get to the bottom of it. “This is a major alt-right extremist production designed to get people to do things they aren’t even doing so you will vote Republican,” Tomlin wrote in a public post on Reddit.

She may be onto something. Scant public information is available about Dallas Justice Now or its leadership. The group hasn’t replied to the Observer’s inquires, but the group’s website traces back to a right-wing PR firm called Arena.

One of the local anti-fascists who combed through the website’s history told the Observer that they “noticed [Dallas Justice Now] had backdated blog posts from before their website was up, and so we started looking through their posts.” (The researcher requested to remain anonymous.)

It didn’t take long for the researchers to locate source code that led back to Arena in an archived version of Dallas Justice Now’s website.

Profiles on GitHub, a website where computer programmers share their work, confirm that the template that these staging websites use, including the ones for Dallas Justice Now, was created by individuals who work at Arena.

Arena has worked for the National Republican Senatorial Committee, the Michigan Republican Party and various other right-wing politicians and political campaigns.

None of this explains the name on the flyer: Michele Washington. Washington could not be reached for comment. And questions remain about why a woman identified as Washington and another woman who appeared in a Dallas Justice Now promotional video, identified only as Jamila, are working with a right-wing PR firm.

Though the organization claims to be a nonprofit, Dallas Justice Now doesn’t show up in the government’s nonprofit database. A recently reported claim by Washington that Dr. Troy Harden, a professor of ethnic studies, would be joining the group's advisory board has been rejected by Harden as a lie, according to the Daily Mail report.

Public records searches turn up one person by the name of Michele Washington, the quoted spokesperson for the group, who ostensibly resides in Richardson. Multiple attempts to contact Washington have gone unreturned. Other than one video on Facebook, little else is known about Jamila, the only named member whose face has appeared in photos or videos online. No other named individuals can be linked to the organization.

Still, the story of the pledge threatening to expose non-signatories as racists has continued to spread on the internet.

In October 2020, The New York Times investigated a network of 1,300 local news sites that regularly published stories “directed by political groups and corporate PR firms to promote a Republican candidate or a company, or to smear their rivals.”

Many of those articles, the Times observed, were written under fake bylines, sometimes by people as far off as the Philippines.

“The network is largely overseen by Brian Timpone, a TV reporter turned internet entrepreneur who has sought to capitalize on the decline of local news organizations for nearly two decades,” the Times wrote. “He has built the network with the help of several others, including a Texas brand-management consultant and a conservative Chicago radio personality.”

In an article that same month, D Magazine observed that “what sets Timpone’s network apart is both its size — it is now twice as large as Gannett, the nation’s largest newspaper chain — and the lengths it goes to obscure the source and funding behind content.”

In December 2019, Columbia Journalism Review dug into Timpone’s network, which it described as “pink slime,” or “low-cost automated story generation.”

Fairley has also contributed to the pro-Trump Newsmax website and The Epoch Times, a far-right newspaper linked to the Chinese cult Falun Gong. (The Epoch Times has since published a story about the Dallas pledge controversy.)

On July 23, Fairley wrote a second story about Dallas Justice Now, highlighting the pledge controversy and citing the PR Newswire press release. On their website, Dallas Justice Now thanked Fairley for the coverage, a puzzling choice given that the group is supposedly a social justice outfit and that Fairley has written widely for far-right media outlets.

When approached for assistance reaching Washington, whom Fairley quotes widely in her articles, she responded but wouldn’t provide Washington’s phone number. Instead, she linked to the paid press releases. When asked if she had personally spoken with Washington, she refused to comment, and then said she had forwarded the request to her supervisor.

His name, Fairley said, was Brian Timpone.
KEEP THE DALLAS OBSERVER FREE... Since we started the Dallas Observer, it has been defined as the free, independent voice of Dallas, and we'd like to keep it that way. With local media under siege, it's more important than ever for us to rally support behind funding our local journalism. You can help by participating in our "I Support" program, allowing us to keep offering readers access to our incisive coverage of local news, food and culture with no paywalls.
Make a one-time donation today for as little as $1.