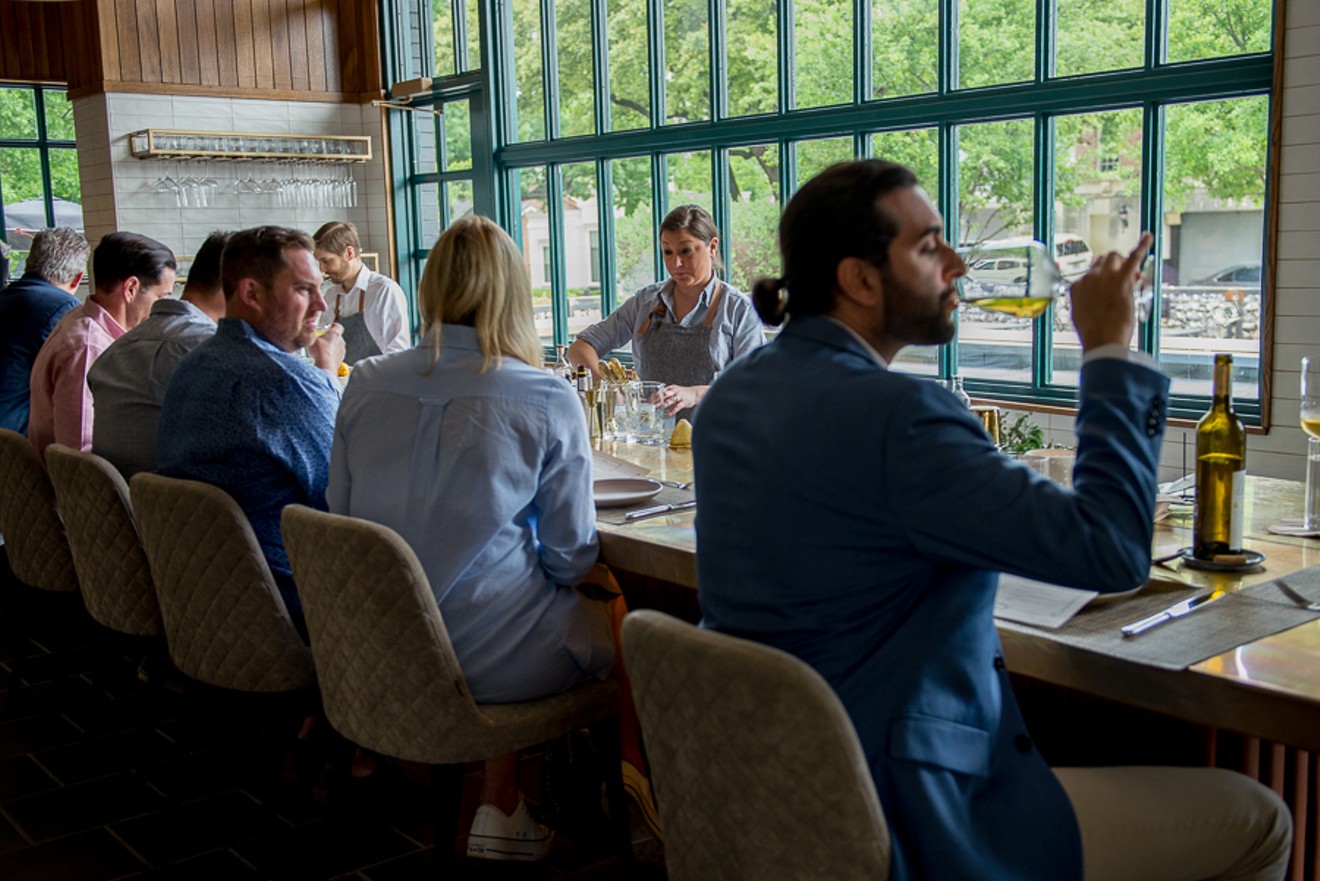 Workers are switching jobs for better pay and benefits. It's up to restaurants to figure out how to lure them back. Some are getting serious. Alison McLean
Giant “WE’RE HIRING” signs hang on the sides of buildings in cities across North Texas. In the midst of a staff shortage, the questions for employers have become “How do I staff my restaurant?” and “How can I retain the experienced staff I already have?”

How about a fully funded three-week sabbatical for every three years of service? Or, a progressive labor-centered "manifesto" for your employees. Yes, at a restaurant. That's what some local places are doing to lure and keep workers.

The restaurant industry has suffered great economic repercussions since the COVID pandemic began in March 2020. According to the Texas Restaurant Association, more than 80,000 members of the state's service industry workforce have yet to return since that time, possibly because they found better jobs. Total employment in the restaurant sector continues to ebb and flow but has never reached pre-pandemic numbers.

The service industry historically offers low wages and benefits on average and is known for having some of the poorest work environments.

“[A wage of] $12 to 15 an hour is really not enough to start,” said Michael Finley, a member of the Texas Craft Brewers Guild’s Diversity, Equity and Inclusion subcommittee. “You have to pay people to be able to retain your employees, mainly through the way they’re being paid, in the way they’re being treated and giving them flexibility.”

Service industry job fairs are springing up across North Texas as small and large restaurants alike are having trouble filling job openings. Sugarbacon in McKinney is hosting a job fair to staff more than 50 roles for the opening of its new location. Finley and the Texas Craft Brewers Guild are hosting a fair as well in hopes of bolstering diversity within the brewing industry. Even spots like Bar Louie are looking for help, offering a “revolutionary” benefits program for new general managers.

"But if people's concerns are about a role, or a job or more rights, lifestyle-related, in my opinion, money gives you a temporary fix — it's not the long term solution.” — Bar Louie CEO Tom Fricke

“Changing compensation structures is important, and of course, money is important,” Bar Louie CEO Tom Fricke says. “But if people's concerns are about a role, or a job or more rights, lifestyle-related, in my opinion, money gives you a temporary fix. It's not the long-term solution.”

Workers are not simply quitting their jobs to sit on the sidelines. Rather, they are switching jobs and perhaps even industries for better pay, benefits and working conditions. For employers hurting from understaffing, there is a solution: Make workers a better offer. Bar Louie has rolled out a new benefits program for general managers.
Bar Louie
As part of the compensation package for Bar Louie, Fricke offers general managers a fully funded three-week sabbatical, education support, quarterly wellness allowance and an annual vacation subsidy. Fricke said pay rates at Bar Louie have increased by about “10–15%” since the pandemic.

Things aren't getting better for hiring managers, rather trickier. According to the Bureau of Labor Statistics' most recent report, in November total resignations increased to 4.5 million, up 379,000 over October. "Quits increased in several industries with the largest increases in accommodation and food services (+159,000)," the agency reported.

And a report by Lensa in November ranked Dallas as the city with the most unhappy workers.

After closing for an entire month because of the omicron variant and a worker testing positive prior to a shift, the uptown restaurant and bar Alexandre's announced this week they're ready to reopen. The decision to close was made by employees by vote. All were given paid leave during their time off.

In addition to upgrades made to the space, Alexandre's wrote they also "finally finished a new 35-page Alexandre's Manifesto (handbook) that is probably the most progressive labor centered document to ever be in a workplace."

So, while some companies may be having trouble finding workers, the solution to that problem is in their own hands: end the good jobs shortage.
KEEP THE DALLAS OBSERVER FREE... Since we started the Dallas Observer, it has been defined as the free, independent voice of Dallas, and we'd like to keep it that way. With local media under siege, it's more important than ever for us to rally support behind funding our local journalism. You can help by participating in our "I Support" program, allowing us to keep offering readers access to our incisive coverage of local news, food and culture with no paywalls.
Make a one-time donation today for as little as $1.