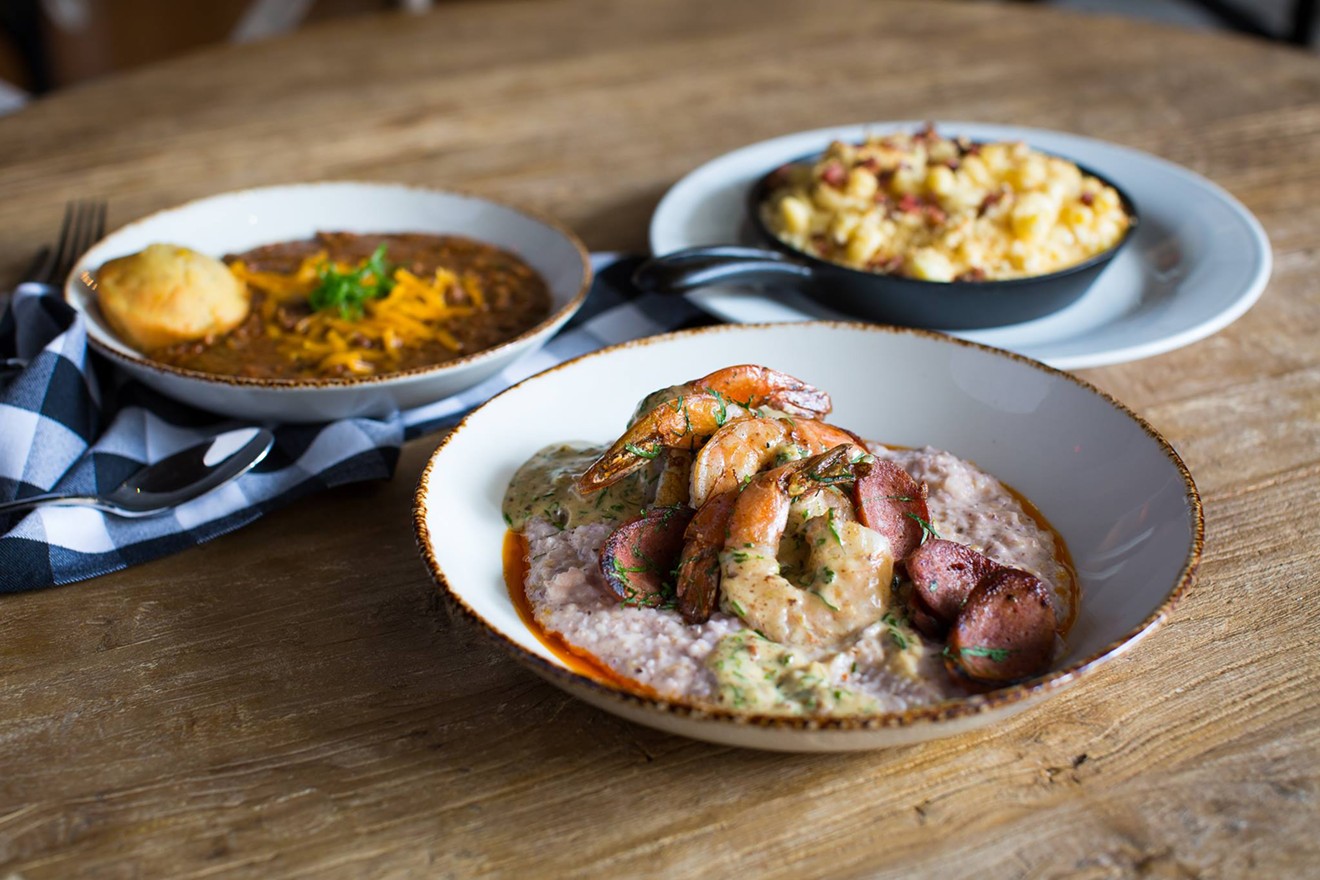 Billing itself as a "neighborhood bourbon bar and grill" with an "extensive whiskey collection, Southern-inspired cuisine and a variety of inventive and classic cocktails," Elm Street Cask and Kitchen is serving "honest Southern fare" like fried green tomatoes with Texas caviar succotash and beer can chicken with apple cornbread stuffing from Executive Chef Benjamin Maulsby.

"The restaurant sources its ingredients from a variety of local purveyors, including Texas-raised wagyu beef from Rosewood, to handmade, artisan breads and pastries from Empire Baking Company," according to a press release.

Whiskey and bourbon is a huge part of the beverage program, with 200 varieties of both "paying homage to Southern distillers and the history of their craft," according to the release. "The restaurant will carry everything from Kentucky distilleries, such as Buffalo Trace, Jim Beam and Stitzel-Weller, to small batch distilleries like MB Roland, George Dickel and Prichard’s."

Guests can peruse selections from a "Whiskey Bible" containing "back stories and tasting notes for every spirit in its collection." You can also expect ample bourbon-based cocktails like the Kentucky Buck, made with Four Roses Bourbon, fresh muddled strawberries, lemon, ginger and bitters.

The restaurant itself "boasts a Southern, contemporary design that includes an expansive bar, outdoor patio, dining room and upstairs private dining area," according to the release.

The bar serves dinner until 10 p.m. daily, with the bar open until midnight and lunch service coming Feb. 25.

Elm Street Cask and Kitchen, 1525 Elm St. (Downtown Dallas)
KEEP THE DALLAS OBSERVER FREE... Since we started the Dallas Observer, it has been defined as the free, independent voice of Dallas, and we'd like to keep it that way. With local media under siege, it's more important than ever for us to rally support behind funding our local journalism. You can help by participating in our "I Support" program, allowing us to keep offering readers access to our incisive coverage of local news, food and culture with no paywalls.
Make a one-time donation today for as little as $1.