Why Leave Your Dorm for Dinner When a Robot Can Deliver It? 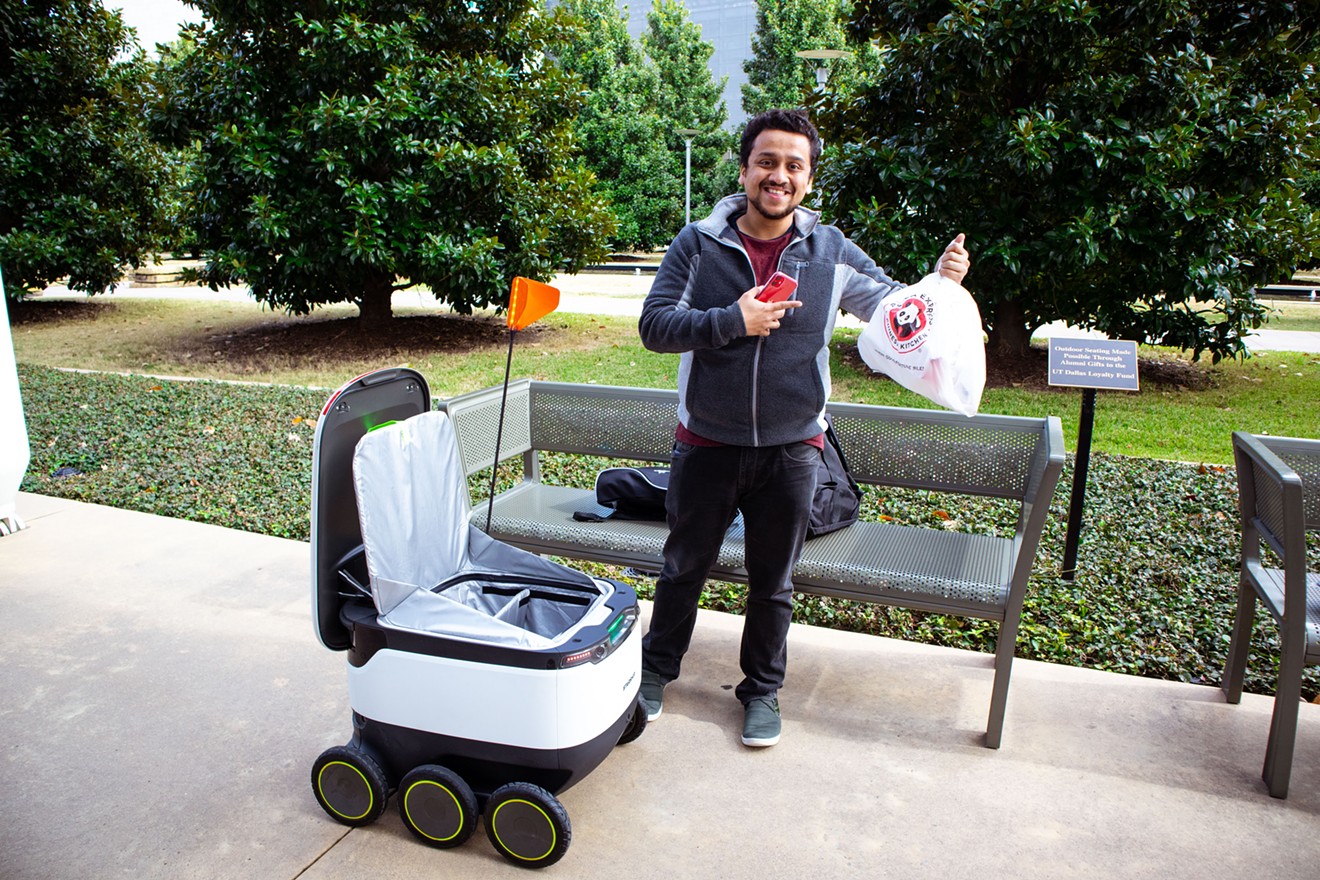 Delivered from campus restaurant to university student: Robots make it easy. Starship Technologies
The University of Texas at Dallas wraps this semester with some new additions to its campus: food-delivering robots.

The little machines, which look more or less like shiny coolers on sturdy wheels, are on-demand food delivery robots courtesy of Starship Technologies.

The San Francisco-based company specializes in these robots and is rolling them out on 100 campuses within 24 months. UTD is the second school in Texas to receive them, after the University of Houston.

Thirty of these robots landed at UTD just before the last days of classes, so they were available as students were studying for exams (or, let’s face it, doing whatever they might’ve been doing with their time).

Students use an app to call upon these robots to bring them food from dining locations on their campus, rolling along at 4 mph at most.

The robots roll throughout campus at no more than 4 mph.
Starship Technologies
That means students can get Firehouse Subs, Einstein Bros. Bagels, the Halal Shack and more without getting out of their space — robots also go to the campus residences. Harris-Burland says that on other campuses so far, they’ve even had students who have started to make breakfast a part of their routine now that a robot can deliver it to them easily.

Harris-Burland says the company'es excited to be on this campus, especially because of one aspect special to UTD.

"UTD also has nationally ranked esports teams," Harris-Burland says. "We're really excited to deliver to them."
KEEP THE DALLAS OBSERVER FREE... Since we started the Dallas Observer, it has been defined as the free, independent voice of Dallas, and we'd like to keep it that way. With local media under siege, it's more important than ever for us to rally support behind funding our local journalism. You can help by participating in our "I Support" program, allowing us to keep offering readers access to our incisive coverage of local news, food and culture with no paywalls.
Make a one-time donation today for as little as $1.