Medieval Times Puts a Queen on the Throne, But the Men Still Rule 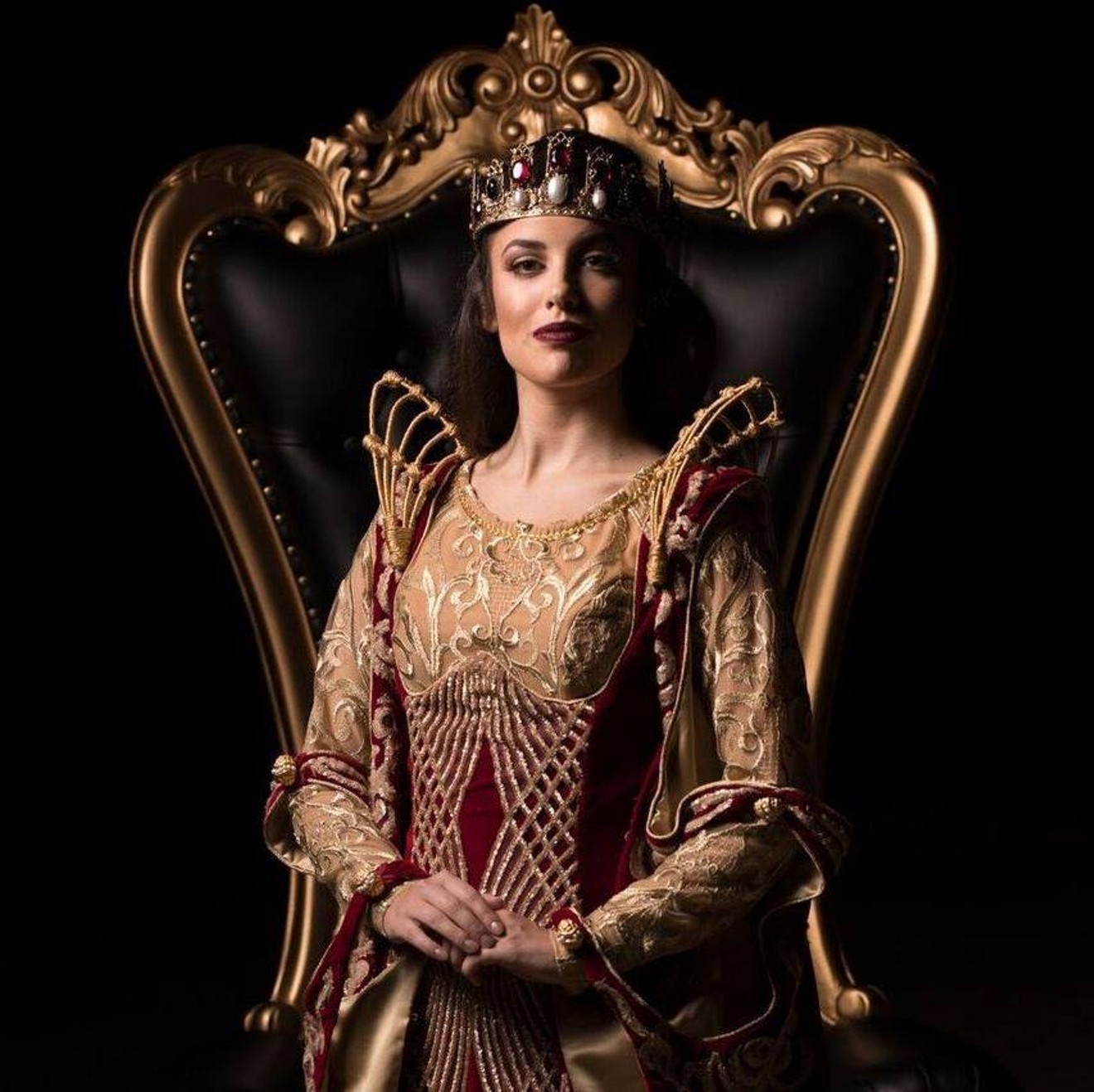 For the first time, the kingdom in Dallas-based Medieval times is a matriarchy. courtesy Medieval Times
Medieval Times is a little less reflective of the Dark Ages with a new storyline that revolves around a queen protagonist. Since the founding of the popular dinner theater franchise in 1983, women previously played roles as princesses bequeathed by their fathers in marriage to the most victorious knight. Now, Queen Doña Maria Isabella (played by Erin Zapcic) leads the show by hosting attendees to a banquet with the customary jousting tournament serving as headliner entertainment.

The change seems like a response to the recent #MeToo and #TimesUp gender equality movements, but the Irving-based company says it’s a coincidence. The rewriting of the script — a year and half before the notorious Harvey Weinstein allegations began — was a response to audience feedback that questioned why women played only supporting roles. It seems like progress.

Queen Isabella makes her debut on a stately white Andalusian horse with a golden cape flared around her. Neon lights reflect against smoke from machines as adults applaud and children shriek over dramatic music.

It’s as campy as it’s ever been, but an $18 souvenir schooner of beer helps the more reserved banqueters get in the spirit. Later, Queen Isabella ascends the stage balcony to oversee the feast, beset on both sides by men who guide her through the games. Evidently, she will need lots of mansplaining to properly pull it off. 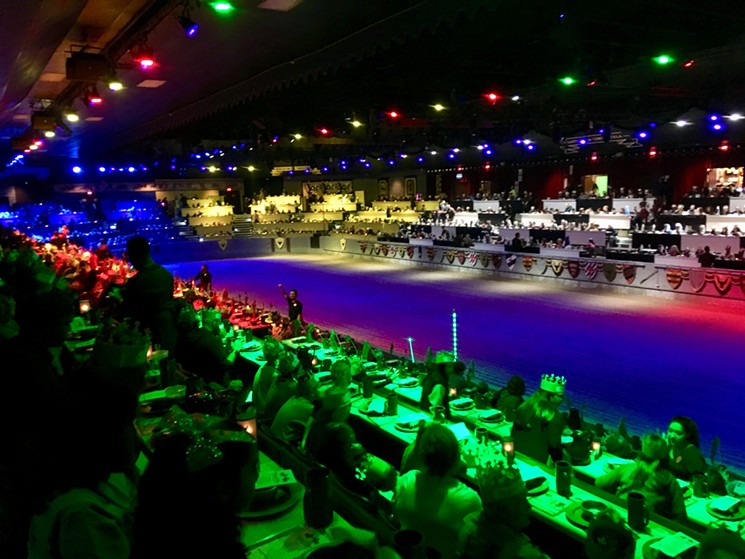 Medieval Times continues to be a popular — and over-the-top — Dallas dining experience, complete with jousting and a new matriarchy.
Amanda Albee
She begins by telling the men that the games would never be possible without them, and primary mansplainer Lord Cedric responds by asking if she would like to select a mate from the eligible lords of the kingdom, a suggestion she graciously declines. The queen proposes a toast “to honor, glory, chivalry, victory and the knights of the realm.”

Lady Audelia, the only other major female character in the show, puts on a falconry exhibit while the audience members slurp sweet tomato soup from fake pewter bowls. The queen’s guard performs a horse dance with a prominently thrusting pelvis while roasted half-chickens, potatoes and corn on the cob are served. There’s three-bean soup and hummus for the vegetarians.

When it’s time to announce the commencing of the games, Lord Cedric isn’t sure the queen can do it. He explains the apparently difficult task and offers to take charge before she declares that she’s seen her father do it before.

“Let the games begin!” she finally cries. Raucous cheers erupt from the audience as the knights are introduced. Ladies who scream the loudest receive kissed roses from their section’s knights, who also extend flags from their jousting lances, a seemingly phallic display of glory.

Dinner at Medieval Times is pretty straightforward — chicken for omnivores, three-bean soup and hummus for vegetarians.
Amanda Albee
Because the patronizing exchanges between Queen Isabella and Lord Cedric don’t constitute enough conflict in the plot, a hotheaded knight challenges the queen's authority, accusing her of operating in world of men where she doesn’t belong and rebuffing any jurisdiction she has over him. Lord Cedric reiterates the rebel knight’s charges with a condescending reminder that Queen Isabella isn’t versed in the world of war.

Again, she is treated as clueless, needing men to help her figure out what to do. Ultimately, Queen Isabella’s proxy knight defeats the rebel knight with an impressive drop-kick and sword to the gut.

After the show, the knights stand in the foyer for pictures and questions. One said the audience’s response to the new program is mostly positive.

Some attendees accuse Medieval Times of pandering to the liberal agenda. Others aren’t sure who to cheer for if they’re seated in the rebel knight’s section.

“You can just feel the emotions better” when there’s a king, John Freeman told The New York Times.

In the end, the new queen-centric show felt even more backward than the shows of yore. Until women can also contend in the joust or a ruling queen is portrayed as adept and capable, women are still minor characters at Medieval Times.