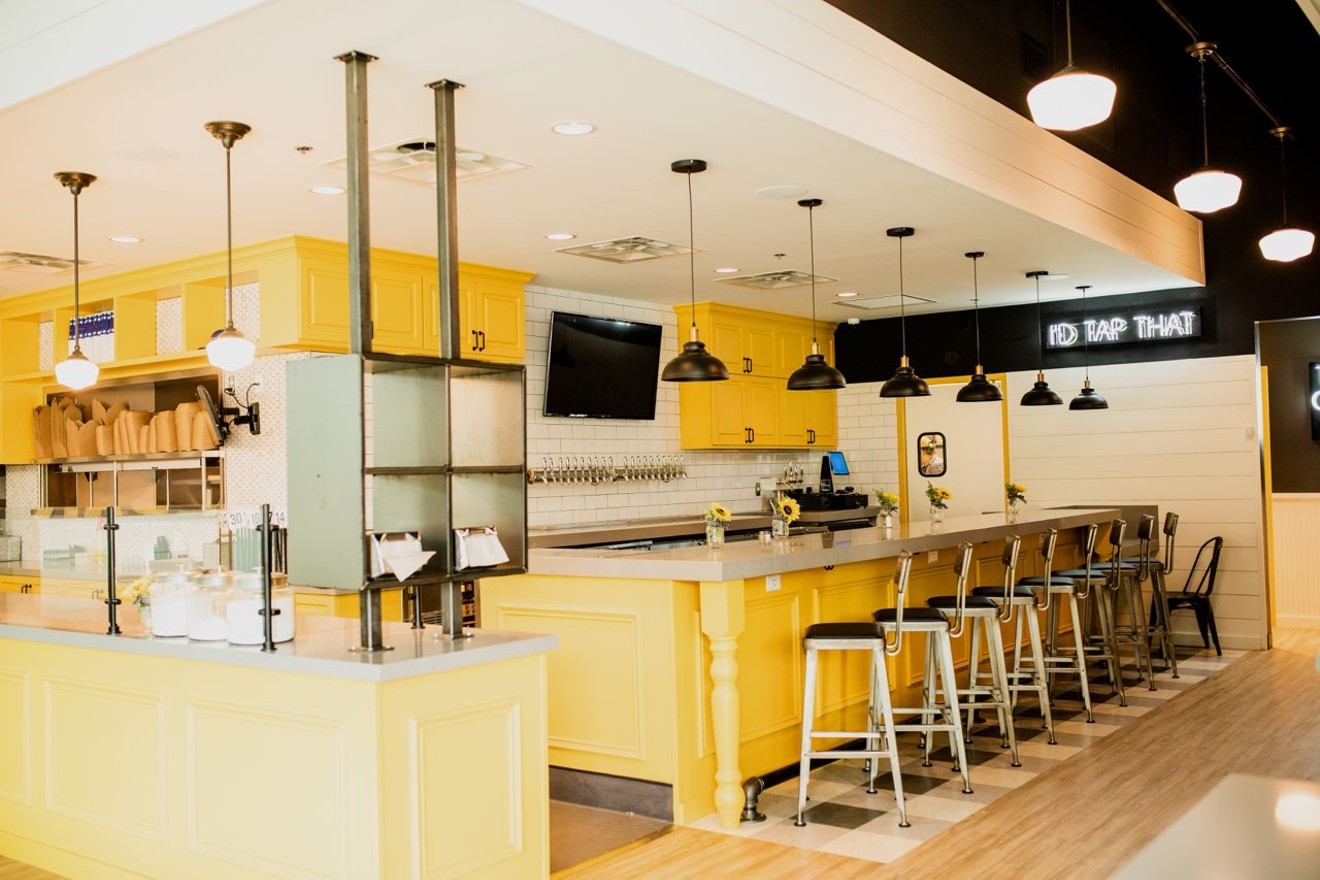 While the Highland Park location maintains much of the aesthetic as that of the Plano location — hardwood floors, bright yellow furnishings and all — this location, along with future locations, will boast signature elements that make each store their own. Guests will immediately find the “Mind Your Biscuits and Life Will Be Gravy” neon lights, first made popular at the Plano location, upon entering the restaurant. The Biscuit Bar’s new location has new neon signs, reading “Taters Gonna Tate” and “I’d Tap That,” as well as a “Pony Up Batches” sign that will soon be hung in the store. On the outdoor patio is a mural with angel wings and biscuit ingredients, with the phrase “Don’t be a basic batch” in the center. The wings are perfectly spaced out to make room for one to take the standard Dallas Instagram selfie. 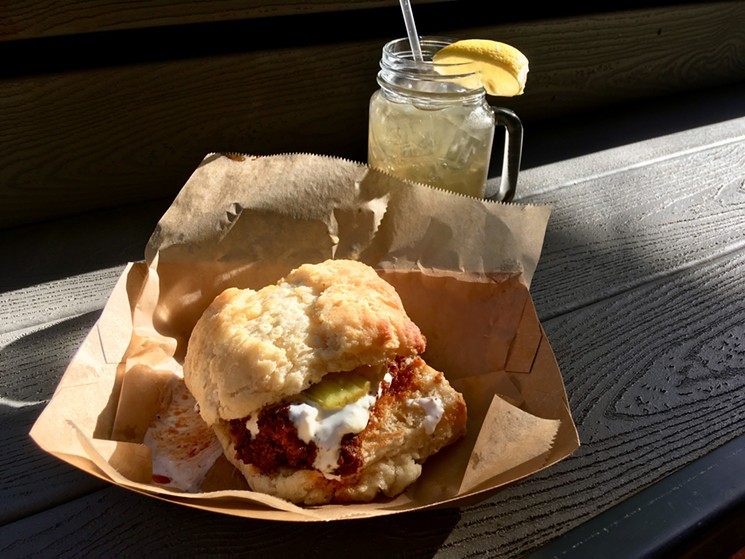 The Biscuit Bar in Plano has drawn crowds with its fun Southern biscuit sandwiches, like this Hot Hot Chicken, a riff on Nashville hot chicken.
Amanda Albee
In the year since opening their first location, The Biscuit Bar has become known for its signature biscuit creations, including The Hoss ($8.10), a biscuit sandwich containing Southern fried chicken, bacon, jack cheese, house-made sausage gravy and honey butter. Sweeter selections include the Chicken and Not-A-Waffle ($7.80), which is The Biscuit Bar’s Southern fried chicken served with their signature biscuit french toast. 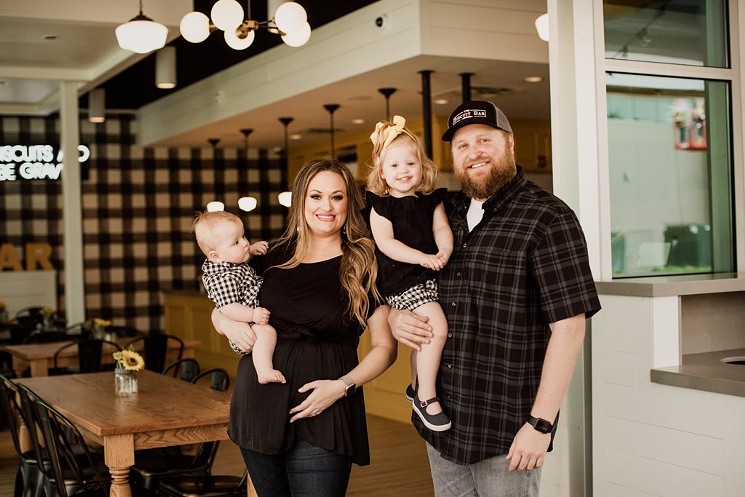 Janie (left) and Jake Burkett and their two children. They started the restaurant after Janie lost two children during a triplet pregnancy.
courtesy Meshali Mitchell
The Biscuit Bar will also be adding cereal-themed cocktails to the lineup, including the Fruity Pebbles and the Cinnamon Toast Punch (both $7). The Cinnamon Toast Punch is made with vanilla vodka and condensed milk with cinnamon powder. It's specifically crafted to taste like milk after cereal has been left in it, allowing for a nostalgic novelty flavor. Non-drinking customers can enjoy Buddha’s Brew kombucha or nitro cold brew coffee on tap.

The Biscuit Bar will have two happy hours on weekdays, one from 3 to 6 p.m. and another from 9 p.m. to close. Their happy hour deals include $2 off signature cocktails and $1 off certain beers. Select biscuits will also be available at a discount, including their Biscuit Nuggets, which are deep-fried biscuit dough bites covered in powdered sugar and served with fresh whipped cream.

Known as a company born out of tragedy, after owners Jake and Janie Burkett endured the loss of two babies in a triplet pregnancy, The Biscuit Bar hopes to give back to the community in the form of an ongoing partnership with March of Dimes, as well as 15 percent discount to all first responders.

The interior at The Biscuit Bar's new Highland Park location
courtesy Meshali Mitchell
“We seem to always want to put on a brave social media face,” says Biscuit Bar co-owner and co-founder Janie Burkett, “but a lot of times, people just need to allow themselves to feel, to feel hurt, to feel the grief, to feel the loss. I would encourage someone to use their story and their journey to help someone else, because that really is a cathartic experience. It’s a good way to pay it forward and make humankind better.”

The Biscuit Bar will celebrate its grand opening with a party at 8 p.m. Friday, May 24. The first 10 guests in line will receive a $100 gift card, followed by the next 100 guests receiving a $10 gift card.