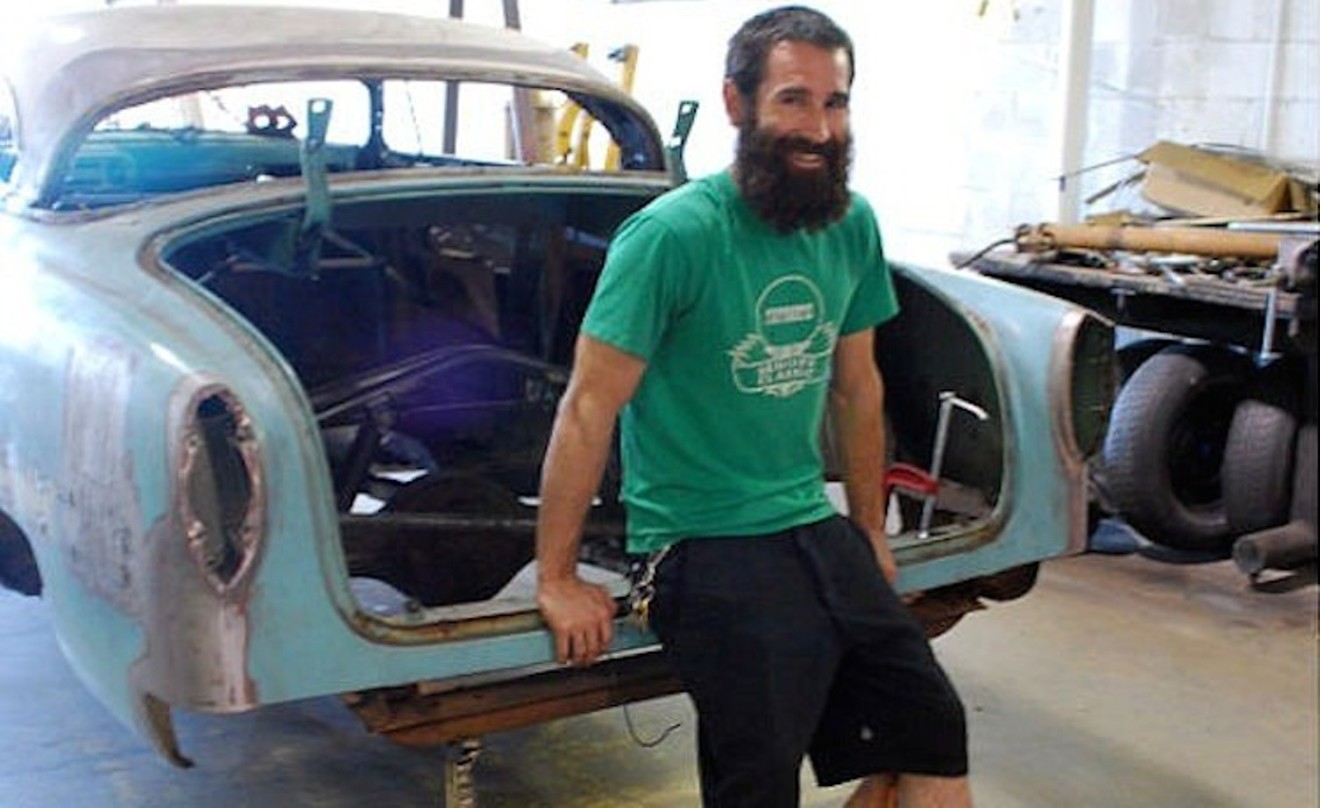 T Leslie Minora
When you fly into Dallas, Gas Monkey is one of the first things you see. Richard Rawlings' hot rod garage near Interstate 35 and Royal Lane has become one of the city's biggest exports. It has spawned multiple reality TV shows, the most famous of which is Discovery's Fast 'N Loud, and a chain of music venues, bars and restaurants, including a location in D/FW Airport.

Long before the empire existed, Crowley native Aaron Kaufman worked at Rawlings' side as his top mechanic. When a production company came calling in 2011 and Discovery bought the pilot, Kaufman stayed with the show and helped to make it a success.

"Everybody has a microphone on at all times, and there's three cameras around the building at all times, and if I leave to go buy a car, they follow us," Rawlings told the Observer in 2016. "It's not every waking moment, but when we're at the office, it's film time, and when we've got the spare time, I've got three others shows on Discovery."

That year, Kaufman left Gas Monkey to start his own shop, Arclight Fabrication, which specializes in Ford F-100s. Now he's getting his own Discovery show, with Rawlings' blessing.

Shifting Gears, which premieres at 9 p.m. Monday, March 5, will show Kaufman and his team building custom cars and then putting them through grueling exercises that test their performance and limitations — in some cases, destroying them.

"Cars don't really die," Kaufman told the Observer in a 2011 interview, a year before Fast 'N Loud began airing. "They just have multiple lives. They reincarnate."

In the same interview, Kaufman revealed that he was once a hippie who dreamed of becoming a park ranger. He got into customizing cars as a teenager, when he got a Jeep Cherokee.

"You have to fix all the things that bother you," he said. "I like to fix things that are perfectly fine."