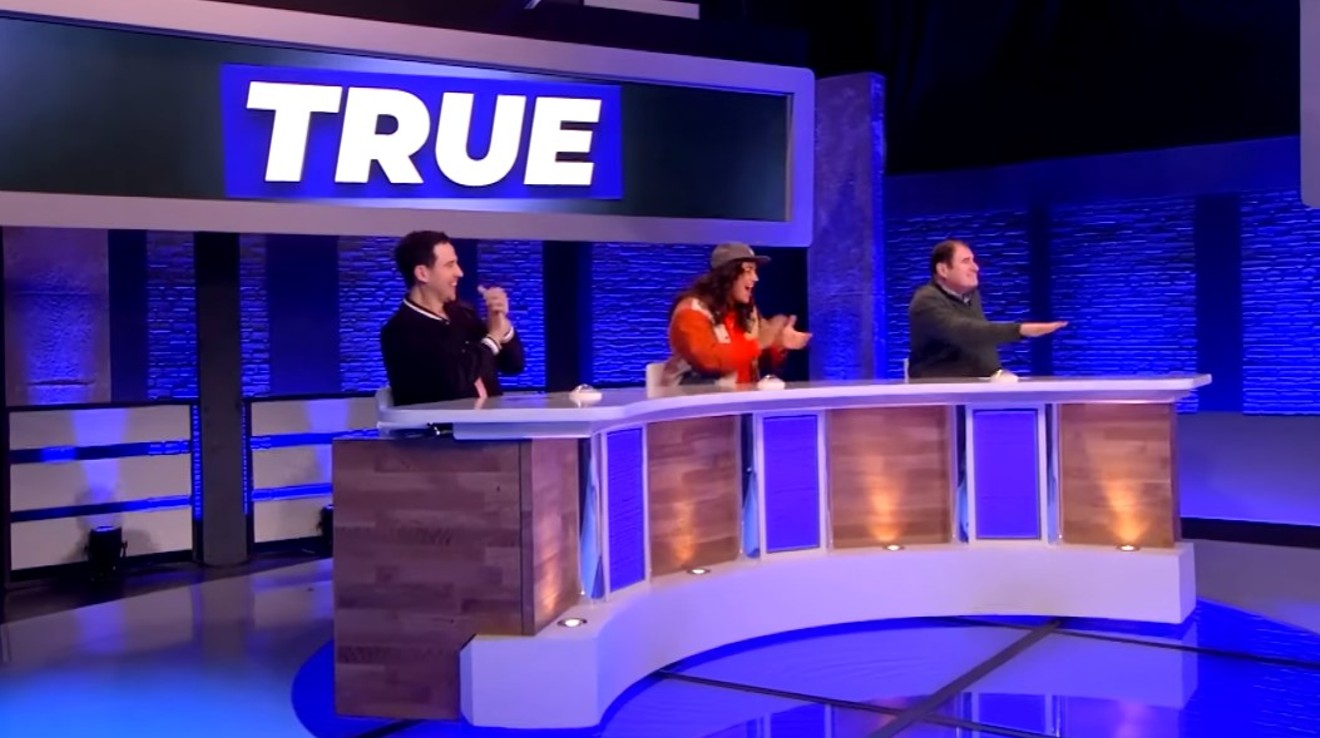 Comedian Sabrina Jalees' (middle) team consisting of Santino Fontana (left) and Richard Kind trick their opposing team with a true story on The CW series Would I Lie to You?, an American version of the long running British panel show. Screenshot from YouTube
The panel show is a staple of British television. The BBC and other private networks are full of shows in which comedians compete in a parlor game for nothing but points, laughs and the opportunity to hold a meaningless win over their opponents' heads.

Could there be anything more American than that?

Attempts have been made to bring panel shows to our airwaves, but the results have been mixed, and that's being generous. The only one with any real staying power has been the short-form improv comedy show Whose Line Is It Anyway? that found an audience in the '90s with the early days of Comedy Central and two reboots on ABC hosted by Drew Carey and The CW hosted by Aisha Tyler.