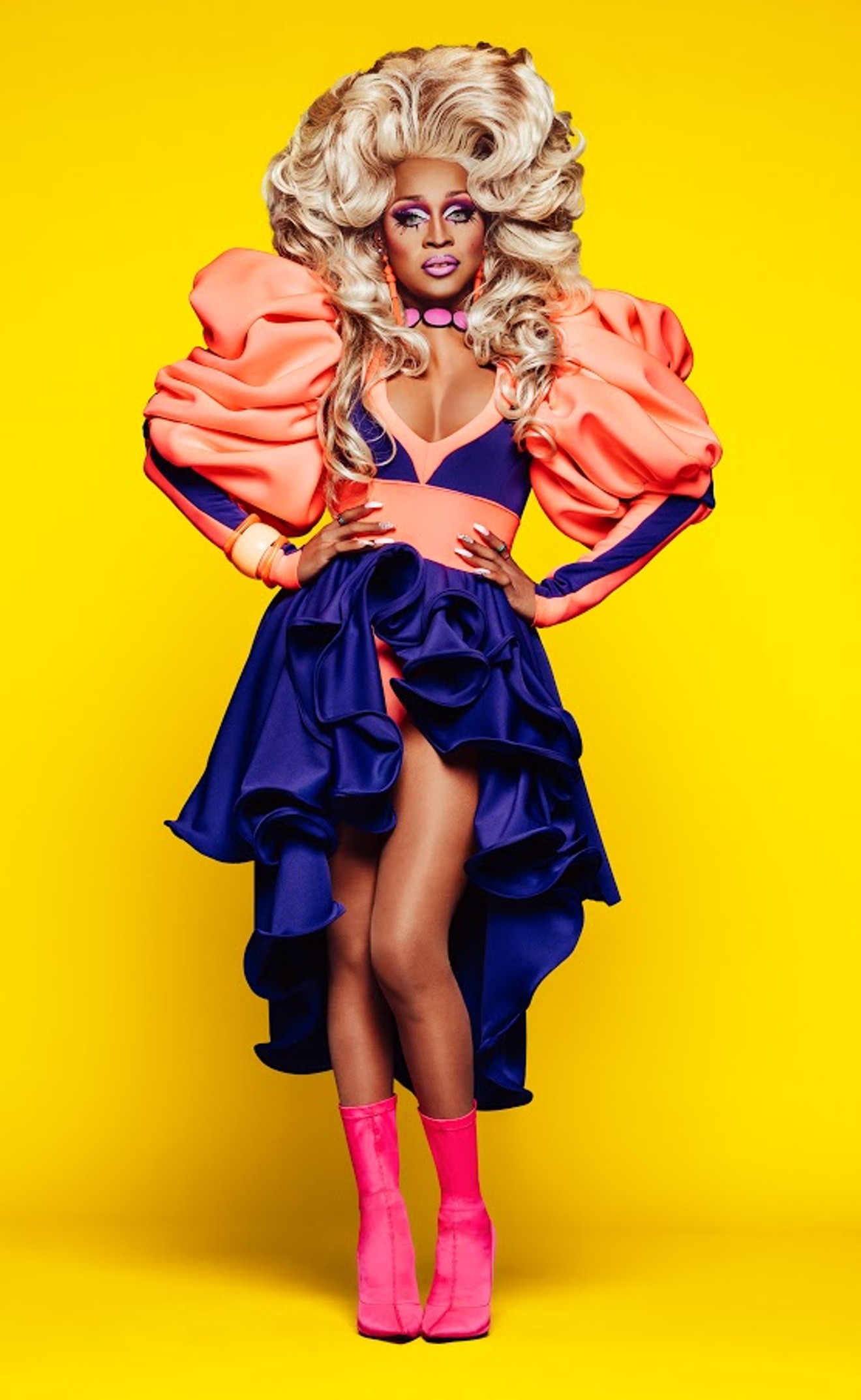 
Secure your wigs, Dallas, because the new season of RuPaul’s Drag Race has more drag queens from North Texas than any other season in drag race herstory. (See what we did there? Haha? Laugh.)

Although no queen from Texas has ever snatched the crown to be America’s next drag superstar before, with three queens hailing from Big D on season 11, Dallas domination seems inevitable this year.

Let's meet each of the queens.

Plastique Tiara
As the drag “daughter” of one of Drag Race’s most recognizable contestants, Alyssa Edwards, Plastique Tiara is Dallas drag royalty.

Despite only performing in drag for about four years, Tiara (real name Duc Tran) has managed to find herself on the main stage at just 21, but her drag journey didn’t begin with wearing her mother’s shoes around the house or experimenting with makeup at a young age.

Tiara grew up in Vietnam and immigrated to the United States at age 11. It wasn’t until she saw Drag Race on TV in America that she even knew drag was a possibility for her.

“I had all these feelings bottled up inside me for so long,” she tells us. “I never knew it was possible to be released until I found out about Drag Race.”


“I had all these feelings bottled up inside me for so long. I never knew it was possible to be released until I found out about Drag Race.” – Plastique Tiara

Ironically, though she was never able to explore desires she felt for entertaining in her native country, Tiara's drag is heavily inspired by the culture she grew up in.

“I draw a lot of my inspiration from Asian influences, so anything from anime to Vietnamese pop culture,” she says. “I want to show the world that Asian culture is beautiful and that we should be represented in media more.”

Aesthetics aren’t what Tiara relies on. While she describes herself as an introvert, she is also quick to dismantle the idea that her art can be reduced to the label of an Instagram queen.

“I can sing, I can dance, I can act, I can turn looks,” Tiara says. “And there [has not] really been a queen in the past who has been really fishy but can also work the house down, too. So I feel like I have something to bring that the fans have never seen before.”

Ra’Jah O’Hara
Just off the heels of Dallas’ Asia O’Hara making it to the finals on the last season of Drag Race, another O’Hara is ready for her chance to bring it home for Dallas.

Not only does Ra’jah O’Hara (real name Benni Miller) come from the O’Hara family, she’s also a Davenport, hailing from talent like Drag Race All Stars season 3 runner-up Kennedy Davenport.

Pressure of living up to the names she carries isn’t what worries her most, though — continuing the legacy of drag excellence in Dallas is.

An alum of Booker T. Washington High School for the Performing and Visual Arts, O’Hara is a performer by nature, with strong emphasis on dance and design skills.

“I’m a self-sufficient queen,” O’Hara says. “I’m a dancer and an artist through and through, so I’m excited to show my creativity and to show the art form of drag.”

Like many artists, O’Hara says his drag was born in a dark place. O’Hara is the product of Miller’s vulnerability, when he sought to find what inspires him again.

“She was basically my superhero because through being Ra’jah, I found a lot of love for myself as a person,” O’Hara says.

O’Hara's superpowers aren’t exclusive to Miller’s story, either. She calls herself the hope of drag’s future, especially when it comes to diversity and inclusion in drag, something she hopes to expand with his platform of being on drag’s biggest stage.

“Although there’s a thriving drag scene [in Dallas], there’s not a lot of spaces for queens of color. You have to know somebody to know somebody to get on shows,” O’Hara says. “So that’s another reason I wanted to be on RuPaul’s Drag Race. To take it to the masses, to the world.”

A’Keria Davenport
Season 11 is keeping it in the family, as another Davenport rounding out the queens from Dallas is no stranger to chasing a crown.

O'Hara's drag sister, A’Keria Davenport (Gregory D’wayne), with titles like Miss Black Universe, is an unapologetic pageant queen looking to combat the stigma that comes with being a part of the pageant circuit.
He says there tends to be the misconception that pageant queens can be one-note performers.

“I want to change the mind of the drag world that not all pageant queens are the same,” Davenport says. “Being in pageants has helped mold me and be more adaptable to know when to turn things off and on.”

Coming from a long line of fellow pageant queens known for their dynamic dancing, Davenport might surprise what longtime fans have come to know of Davenport's drag family, too. She’s the first to admit she didn’t inherit the dancing drag gene.

“I come from the Davenport Dynasty so everyone was expecting another Davenport dancer,” she says. “But I am clumsy as hell and have two left feet."

Dancing aside, viewers shouldn’t count Davenport out — what she lacks in dance, she makes up for in lip-syncing.

“When I perform, I completely embody the artist and it all just flows out of me,” Davenport says. “So my lip-sync is my biggest strength.”

RuPaul’s Drag Race airs at 8 p.m. Thursdays on VH1.
KEEP THE DALLAS OBSERVER FREE... Since we started the Dallas Observer, it has been defined as the free, independent voice of Dallas, and we'd like to keep it that way. With local media under siege, it's more important than ever for us to rally support behind funding our local journalism. You can help by participating in our "I Support" program, allowing us to keep offering readers access to our incisive coverage of local news, food and culture with no paywalls.
Make a one-time donation today for as little as $1.