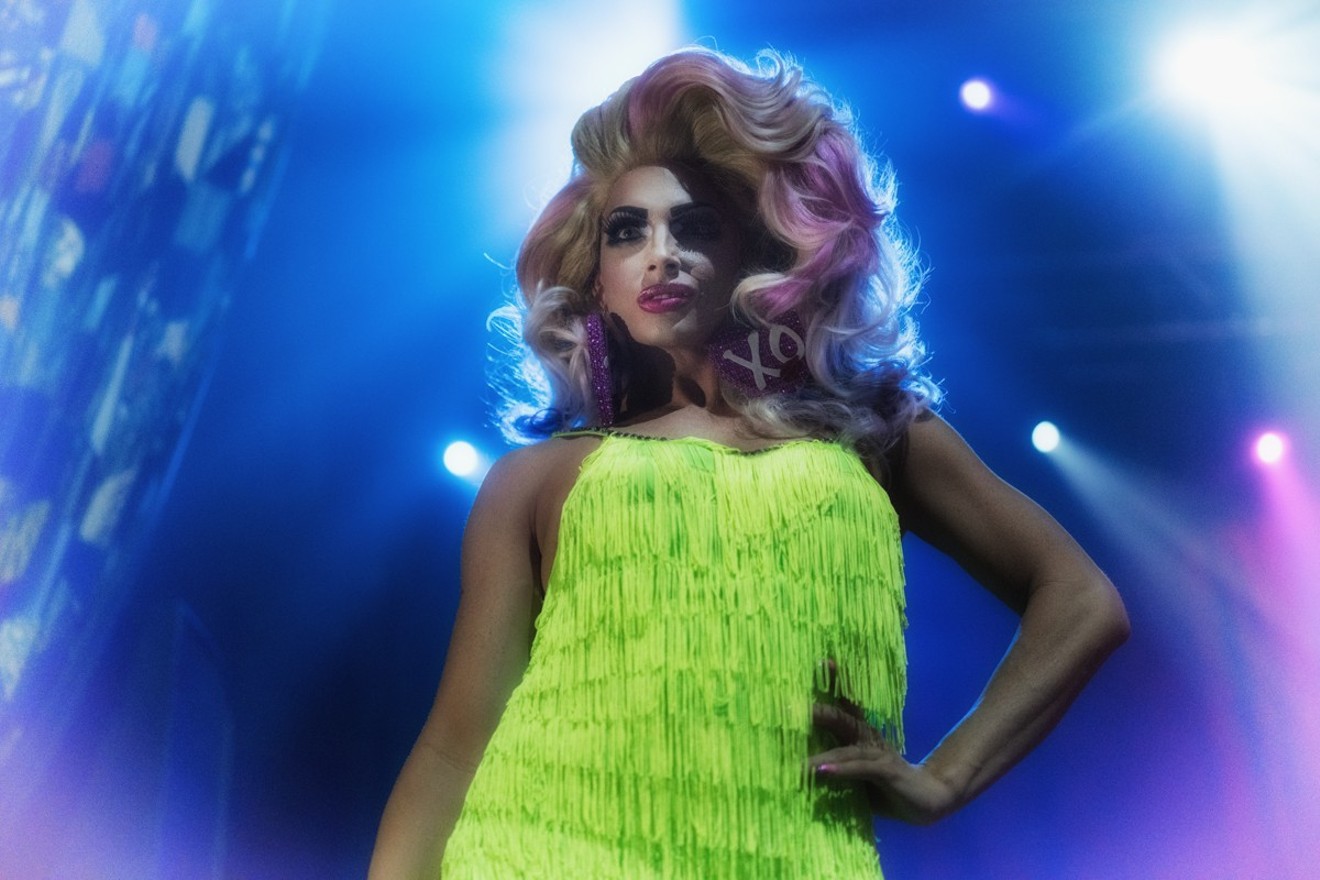 Alyssa Edwards gets her own Netflix show. Mike Brooks
America will get another look into Dallas drag queen Alyssa Edwards' life.

Netflix announced the docuseries Dancing Queen will be added to its queue. It will follow Edwards, aka Justin Johnson, as he tackles drag life, home life and owning a dance studio in Mesquite.

In 2010, Edwards was named Miss Gay America but was later dethroned for having business dealings that conflicted with the Miss Gay America organization. After that, Edwards competed on the fifth season of RuPaul’s Drag Race and then on the All Stars season.

Dancing Queen was shot in Mesquite, and it will show the highly competitive dance world "as he prepares a young class for an intensely competitive season," according to Deadline.

In 2016, we sat in on one of Johnson's classes at Beyond Belief Dance, his studio in Mesquite.

"If Johnson didn’t have a supportive family growing up, he says he has one now: his students and their parents," we wrote in 2016.

Johnson told us owning, operating and teaching at Beyond Belief Dance is his first love.

“The studio is really kind of the foundation of my fantasy,” he said in 2016. “As much as I love to travel and be on stage and perform, I knew at a very young age that I wanted to be a choreographer and a director. I knew I wanted to be the Steven Spielberg of dance. I wanted to create the sets, the ideas, the moves; I wanted to tell stories through movement, costumes, hair and make-up, so I make time to be there. It gets difficult, but whenever I’m at home, I’m never home. I’m always at the studio.”

Watch it unfold Oct. 5 on Netflix.
KEEP THE DALLAS OBSERVER FREE... Since we started the Dallas Observer, it has been defined as the free, independent voice of Dallas, and we'd like to keep it that way. With local media under siege, it's more important than ever for us to rally support behind funding our local journalism. You can help by participating in our "I Support" program, allowing us to keep offering readers access to our incisive coverage of local news, food and culture with no paywalls.
Make a one-time donation today for as little as $1.