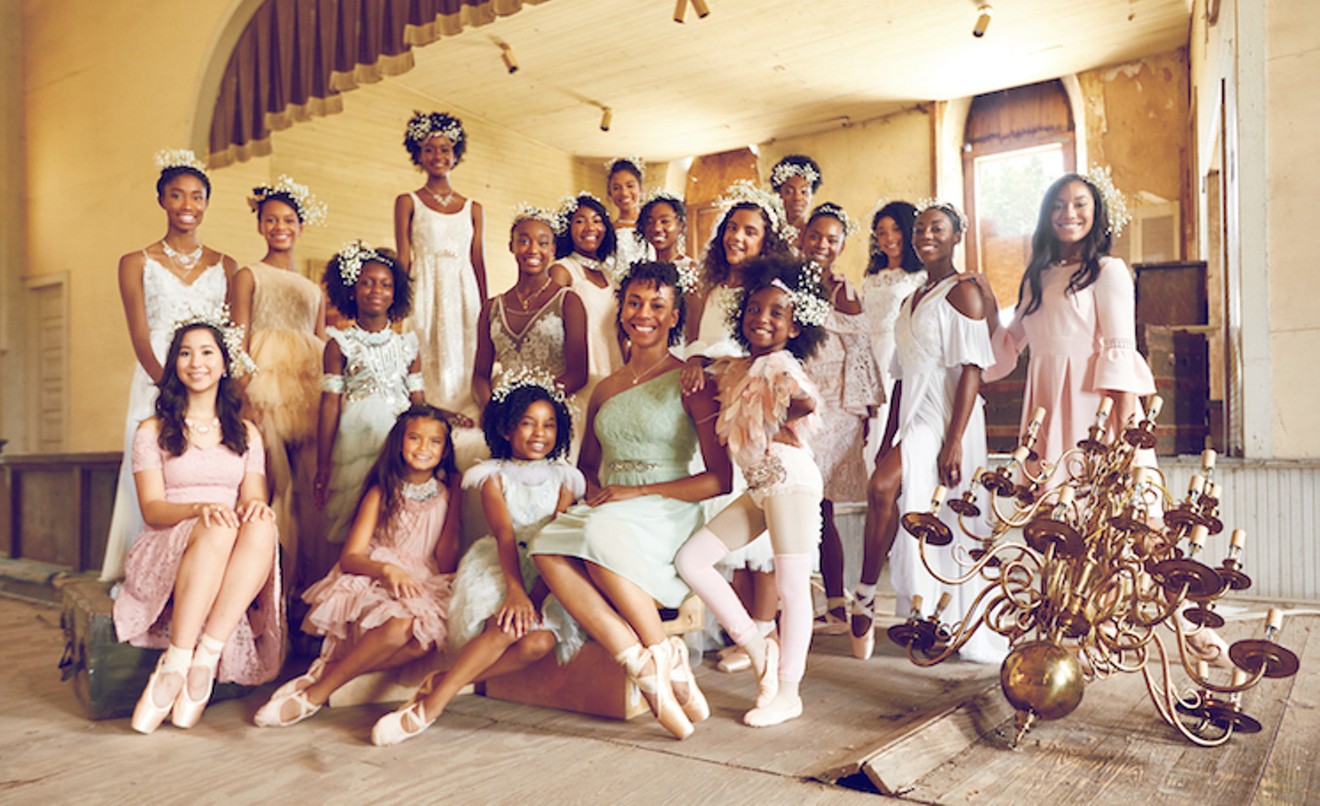 What started as a photography project has turned into a nonprofit that supports and mentors brown-skinned dancers. Aaron Fairooz
A few years ago, photographer Takiyah Wallace was searching for a dance studio in Dallas for her 3-year-old daughter, who had expressed an interest in ballet, when she noticed something.

“One of the first things that jumped out to me in visiting local studios here was that there were not any faces that looked like her," she says.

After selecting a studio far from home, Wallace began a personal photography project to find and document ballerinas of color. In 2014, that project blossomed into the nonprofit organization Brown Girls Do Ballet, which has taken the dance world by storm and received coverage in Huffington Post, on BET and in Allure magazine.

As a newcomer to the world of ballet and dance in general, Wallace was shocked by how many parents related to her struggle.

“It was a personal want and desire for me to look for dancers of color because of what I was seeing in looking for classes for my daughter," Wallace says. "I didn't realize that it was something other people were looking for as well.”

After posting a Facebook casting call for dancers in Dallas, Houston and Austin, Wallace received an overwhelming number of responses from people nationwide.

“I didn’t understand what the word viral meant," she says. "But I learned very quickly that viral meant you don’t sleep.” The next weekend, Wallace photographed the first group of dancers at Southside on Lamar in the Cedars.
“There were moms there at the first shoot who were in tears and telling me how important this was,” she says.

Wallace continued to photograph dancers in Austin and Houston for the project. At first, her mission was simply to publish images of ballerinas of color that could inspire young dancers. But eventually, she decided to also provide support and resources for the ballerinas.

Perhaps the most important person to be inspired by Brown Girls Do Ballet is Wallace’s daughter, now 8 years old. She's still dancing and has also become interested in her mom's business.

“Everything down to the logo work, what we sell at Christmastime and all of our merchandising, it goes through her before it goes up on the site. She's my marketing team,” Wallace says. "She’s been very involved in the organization.”

Last month, Brown Girls Do Ballet released a mini-documentary, We Assemblé, which “hopes to inspire viewers while shedding light on triggering topics such as body image issues, discrimination and searching for confidence through dancing.”

Professional and emerging dancers of color appear in the film, including Layla Brent, Sierra Noelle Jones, Olivia Bell and Brooke Terry. The hope is that the film will reach a broader audience and help the organization meet its goal of funding a college scholarship for the first time.

Brown Girls Do Ballet also recently began a podcast, and the organization's umbrella expanded to include Brown Girls Do Gymnastics. Wallace says she has plans to grow the mentorship program beyond ballet and gymnastics by the end of 2018.