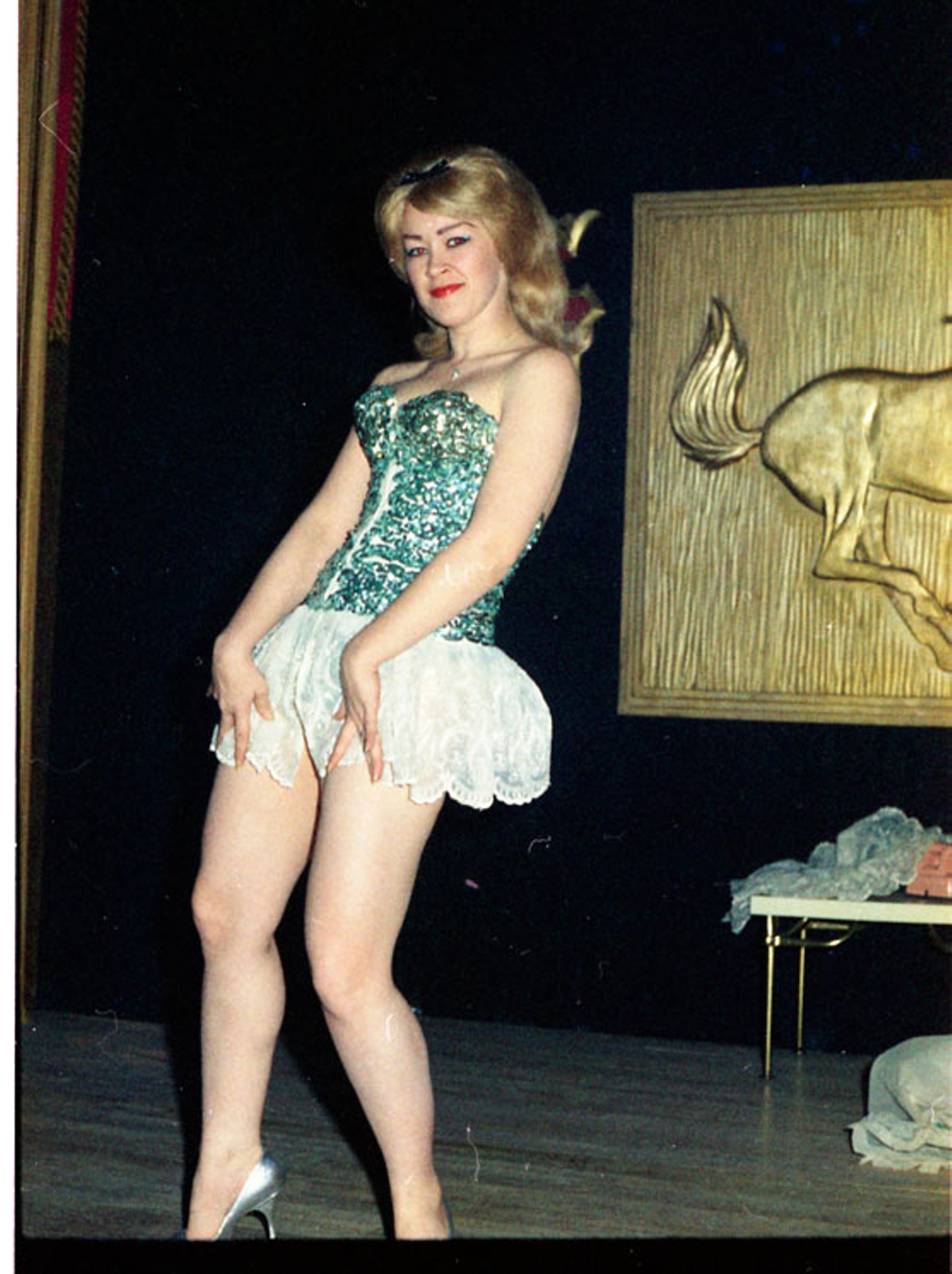 Tammi True was a burlesque performer in Jack Ruby's club in the 1960s. Joe Hathaway Collection/The Sixth Floor Museum
They called her Miss Excitement. Her real name was Nancy Bolen, then Powell, then Myers. But she was better known as Tammi True.

With blonde, big hair like Marilyn Monroe’s, True looked like a movie starlet. She thought she resembled Kim Novak, who was best known for Alfred Hitchcok's Vertigo. As the Texas burlesque queen, True lit up the stage at Jack Ruby’s Carousel Club in Dallas much like Monroe and Novak lit up the screen.

True had a sassy onstage presence, removing each piece of clothing as if she were receiving cues from a famed director. She earned the reputation for being the “dirtiest thing” other striptease dancers had ever seen onstage. She became known for engaging the crowd with one-liners. They would stand up and holler and hoot and scream as soon as she took the stage. 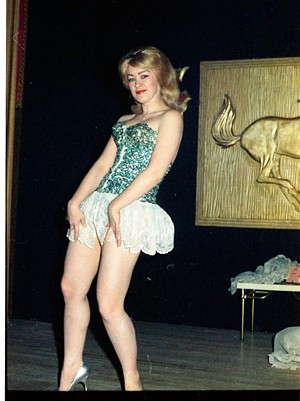 Tammi True was a burlesque performer in Jack Ruby's club in the 1960s.
Joe Hathaway Collection/The Sixth Floor Museum
She died Tuesday morning. She was 81.

“She taught me so much about burlesque and entertainment,” Missy Lisa, the founder of the Ruby Revue, a modern-day burlesque troupe, posted on Facebook. “She was a firecracker with a great sense of humor and will be missed by all who knew her.”

Born Nancy Bolen in Fort Worth in the 1930s, she tried the white picket fence life when she was older with a burglar who was known as a good safe man. It didn’t work out. They divorced in 1960, when True was in her early 20s.

“The few times that we managed to rent an apartment and get out on our own, he would quit work and we wouldn’t have the money to pay the utility bills or the rent,” the dancer wrote in her memoir The Wild and Wayward Tales of Tammi True. “We had to sneak out and move out in the middle of the night. I got tired of living like that.”

With two daughters in tow, Dawn and Tracy, she moved in with her grandmother in Fort Worth, according to a March 2011 D Magazine profile. She was a good Catholic school girl who liked to dance. A friend asked her to dance for his band at a club, only to learn later that the club owner wanted a stripper.

At first she wasn’t going to perform. She told D Magazine that she was a “moral immoral bitch” in the ‘60s.

Another friend persuaded her to do it and made her a green sequined costume — a bra, panties and short dress — with hooks instead of zippers for easy removal. Skyliner Ballroom owner Jimmy Levins caught her act and invited her to dance at his club on Friday and Saturday nights for more money than she earned in a week.

She appeared under the stage name “Tammi True” and was considered a natural talent onstage. Soon she was appearing seven days a week at Jack Ruby’s club in Dallas and wearing tailored-made costumes by a drag queen.

“You have about two seconds when you hit that stage to get everybody’s attention,” she told the Observer in 2016. “So you’ve got to have beautiful costumes. You’ve got to look pretty. You’ve got to have good music because music really speaks to the audience. And then you have projection.”

True’s projection ended when her boss, Jack Ruby, shot and killed Lee Harvey Oswald while he was in police custody in November 1963. It was two days after Oswald shot and killed President John F. Kennedy. Conspiracy theorists claimed Ruby was a pawn in a larger conspiracy to assassinate the president, and he was also rumored to have underworld connections. But his friends and family disputed those claims in Gerald Posner’s Case Closed: Lee Harvey Oswald and the Assassination of JFK, in which they recounted that he was crying, upset about Kennedy’s death like the rest of the country.

“He had spur of the moment episodes, you know, where he didn’t really stop and think about what he was doing before he did it,” True claimed of Ruby.

Five years later, True hung up her G-string. She got remarried a couple of times and went on with her life out of the stage light, first as Nancy Powell and then Nancy Myers. More than 50 years would pass before Myers would return to the stage in Dallas.

In 2013, Myers appeared in the docudrama True Tales and told her story. She was inducted into the Burlesque Hall of Fame in Las Vegas, appeared onstage at the Titans of Tease showcase at the 56th annual Stripteaser’s Reunion and made a guest appearance at the Dallas Burlesque Festival. She also hooked up with Dallas burlesque dancer Missy Lisa.

Several years earlier, in 2007, Lisa had formed a modern-day burlesque troupe called the Ruby Revue, a name inspired by Jack Ruby. She invited Myers to return to the stage with them as Tammi True in late November 2013 at the House of Blues in honor of her stint at Ruby’s Carousel in the 1960s.

“When we first met, we didn’t know what to expect,” Lisa told the Observer in 2016. “The second she got onstage, the audience loved her so much. Every time she performs in one of our shows, she gets a standing ovation.”

“Well, I can still work a room a little bit,” Myers replied.

Myers was suffering from complications caused by chronic obstructive pulmonary disease when she died on Tuesday morning. David Hopkins, who co-authored Myers’ memoir, will speak at her funeral.

“The majority of the book is a direct transcription, Nancy’s own words with minimal bits of narration,” Hopkins wrote in a July 11 D Magazine article about Myers’ death. “I didn’t want it to be too polished. I wanted readers to experience what I experienced — the wry, mischievous demeanor, the obscene jokes, the smoking, the gravely Texas accent and, mostly, her charm. That’s the Nancy I knew. I sacrificed a better book for a slightly more honest one. It was like Tuesdays with Morrie, if Morrie was a foul-mouthed stripper.”

“I’ve always been able to go with the flow,” Myers wrote in her memoir. “Life changes. People change. I never was one to say, ‘Why me?’ I always figured, ‘Why not me?’”
KEEP THE DALLAS OBSERVER FREE... Since we started the Dallas Observer, it has been defined as the free, independent voice of Dallas, and we'd like to keep it that way. With local media under siege, it's more important than ever for us to rally support behind funding our local journalism. You can help by participating in our "I Support" program, allowing us to keep offering readers access to our incisive coverage of local news, food and culture with no paywalls.
Make a one-time donation today for as little as $1.