Dallas Will Celebrate Trans Pride This Month With Drag Royalty 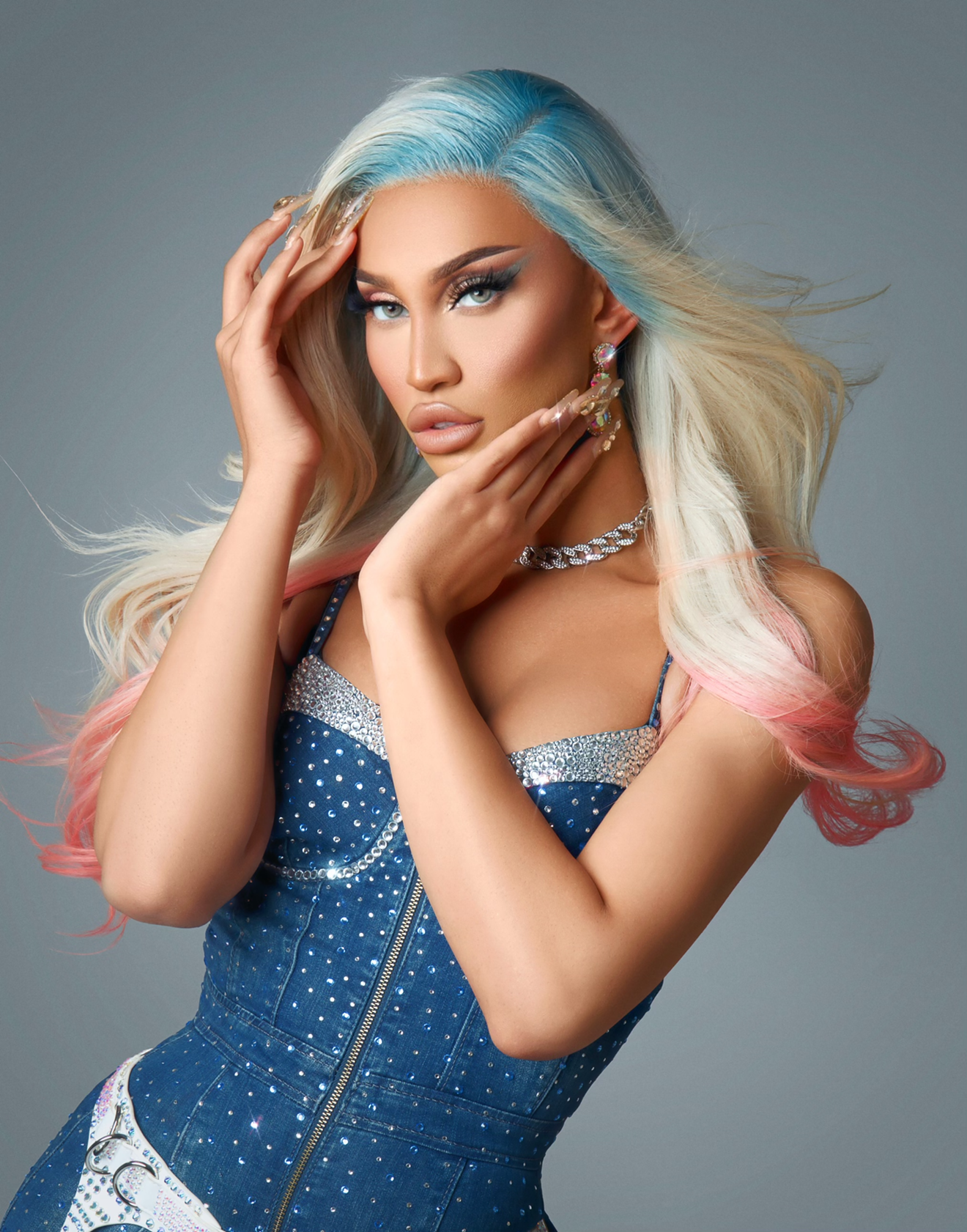 Kerri Colby, a breakout star from RuPaul’s Drag Race Season 14, is coming back home with plenty to celebrate. Courtesy of Prism Health North Texas
Dallas will celebrate the transgender community with the inaugural TX Trans Pride event, a partnership between Prism Health North Texas and Arttitude. The event will take place at Station 4 at 7 p.m. on Sept. 30.

Attendees will receive free STD and HIV testing from Prism Health North Texas, as well as gender-affirming hygiene and health products. Trans performers from Austin, Houston, San Antonio and Dallas will take the stage upstairs in the Rose Room. On the bill of performers are Jazell Barbie Royale and RuPaul’s Drag Race Season 14 star, Kerri Colby.

Colby will hold a private meet-and-greet for VIP ticket holders and perform with the cast of the Rose Room later in the evening.

“TX Trans Pride is so surreal to me,” Colby says over videochat as she gets her nails done, “because it's something that when I was on my journey of coming up in Dallas, I never would have even thought that finding myself how I am now was possible at the time. To know that in my hometown, there will be a celebration and a pride built around being who I am and celebrating transness is just so amazing. And I'm so excited to be a part of it. It's really a huge honor.”

Colby grew up in a Pentecostal household and left home when she was 14, finding safety in the couches of strangers before someone at a train station recognized her from her Instagram and agreed to take her in until she was 18. While her formative years were rather tumultuous, she says Dallas “always feels like home” and “embodies Southern charm.”

Although Colby didn’t perform in Dallas before landing a coveted spot on this year’s RuPaul’s Drag Race lineup of queens, the city is where Colby says she found her chosen family. Some of her fondest memories include the wild parties at the Halloween Block Party on Cedar Springs. Any other weekend, she could be found at her regular digs — kicking off the night at Woody’s before making her way to JR’s and TMC. She would end the night at Station 4, where she looked forward to visits with her favorite bartender, Bobby.

“Bobby has always been, always was, and always will be the G.O.A.T.,” Colby says. “All of my fun times were always because of Bobby, hands down. To this day, anytime I go to Dallas, I have to go and pay a visit to Bobby and just give them such a hug because they're my angel.”

"To know that in my hometown, there will be a celebration and a pride built around being who I am and celebrating transness is just so amazing." – Kerri Colby


Ahead of her visit to Dallas, Colby wants to encourage sexual health and wellness, as well as regular STD and HIV testing. Those who wish to meet Colby at the meet-and-greet can receive a free ticket beginning Sept. 6 by visiting the After Hours Pride Clinic at the Worth Street Health Center, 4004 Worth St., on Mondays, Tuesdays and Wednesdays from 6 to 9 p.m. or at Sue Ellen’s, 3014 Throckmorton St., on Wednesdays from 9 to 11 p.m. Tickets will be available on a first-come-first-served basis.

Colby's last visit to Dallas was for a Drag Race watch party, but it was during an ice storm in February. This time, she looks forward to having “A Madea’s-style family reunion” with her Dallas kin.

And she especially looks forward to being part of a pride event unlike anything Dallas has ever seen before.

“You're going to see pride in its most beautified, most glorified, and most magnificent form,” Colby says. “I feel like we're going to see so much celebration and so much inclusion.”

This past year has been a busy one for Colby. Earlier this summer, she partnered with Cann, the queer-owned THC-infused beverage company, and WeedMaps for their “Tastes So Good” music video campaign, alongside Gus Kenworthy, Kesha and Hayley Kiyoko.

Colby says appearing on Drag Race has already opened several doors for her, and she hopes to be a source of hope for trans and queer kids, especially those in restricting environments.

“Coming into myself, being biracial, being very young, being very lost, and being raised so evangelical, there were a lot of things I did not understand,” Colby says. “To be that voice that is able to say ‘Whoever you are, however you are, there's a place for you,’ makes me so emotional, honestly, because it's just beautiful. It’s a gift you could never ask for, but it keeps on giving, and it’s amazing.”
KEEP THE DALLAS OBSERVER FREE... Since we started the Dallas Observer, it has been defined as the free, independent voice of Dallas, and we'd like to keep it that way. With local media under siege, it's more important than ever for us to rally support behind funding our local journalism. You can help by participating in our "I Support" program, allowing us to keep offering readers access to our incisive coverage of local news, food and culture with no paywalls.
Make a one-time donation today for as little as $1.