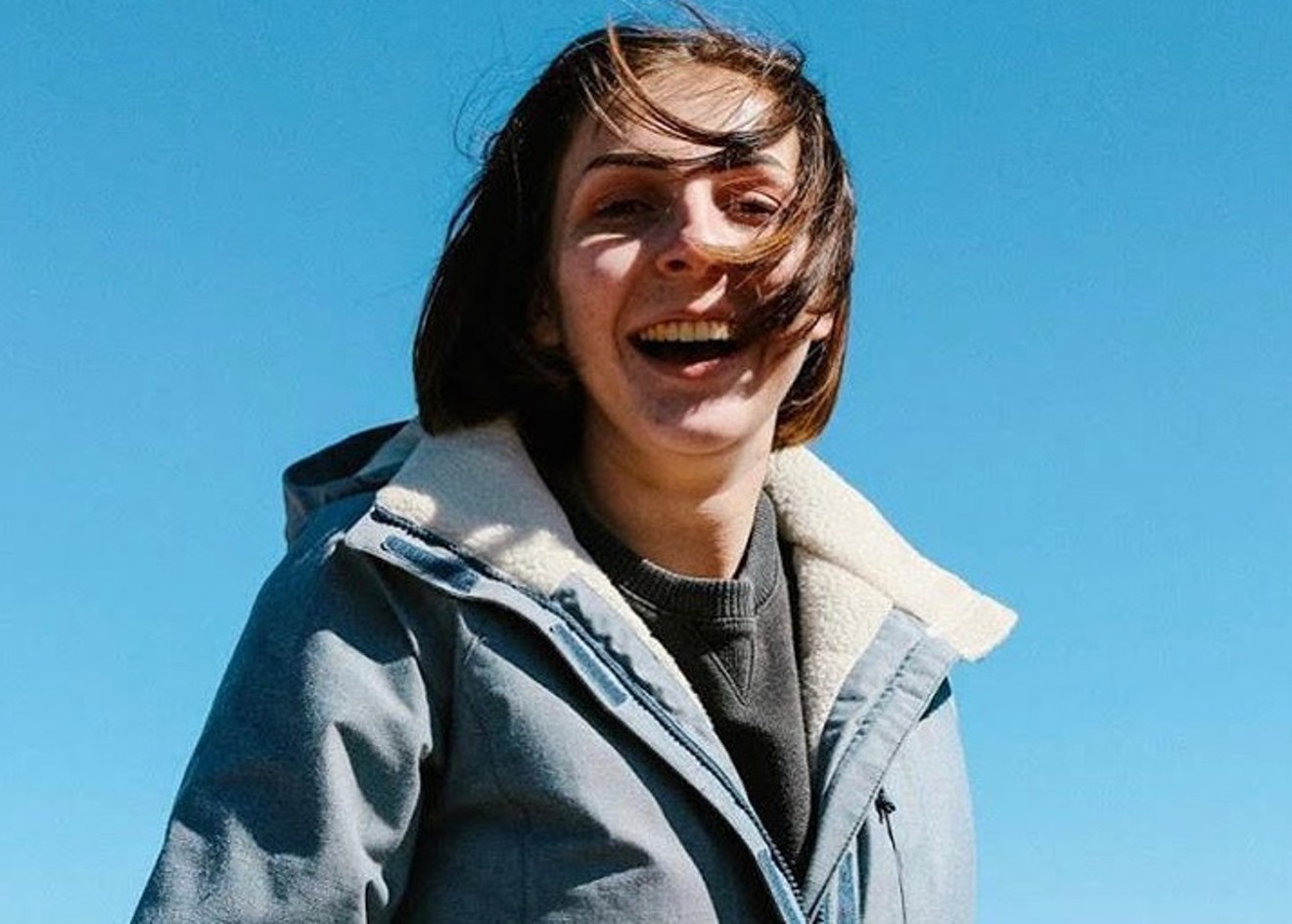 Tongue-in-cheeky Megan Bitchell is earning a massive following on campus. Megan Bitchell
A myth commonly perpetuated by conservatives is that radical leftists on college campuses are all persnickety about microaggressions, trigger warnings and safe spaces. This antiquated trope certainly provides fodder to edgy, tryhard comedians who have been making the same “I identify as an attack helicopter” joke for more than a decade, but it fails to capture an increasing cohort of the progressive movement: the “dirtbag left.”

The phrase “dirtbag left” was coined by Amber A’Lee Frost, a cohost of the New York-based political podcast Chapo Trap House. The term describes a faction of the left that still advocates for social and economic justice, but embraces a more caustic, irreverent style of discourse that is unbeholden to the formalities of civility and identity politics. Think Hunter S. Thompson, but in the world of Twitter.

This burgeoning political movement enjoys an enormous presence on Twitter, and while it was first associated with Chapo Trap House, the phrase “dirtbag left” has since been linked with other leftist podcasts such as Cumtown and Red Scare, as well as any progressive on social media with social capital and a sense of humor.

One figure associated with this subculture is Megan Bitchell, a 20-year-old student and employee at the University of North Texas.

Bitchell accrued more than 34,000 Twitter followers in a span of 14 months. While she has no affiliation with any of the aforementioned podcasts, she is nonetheless an icon of sorts among their listeners.

She is also an icon among UNT students.

“On campus, if you have more than 2,000 followers, people recognize you because everyone’s so on Twitter,” she says with a laugh. “People are like, ‘Oh, you’re Meg Bitchell,’ and I’m like, ‘Oh, that’s so weird. That means you’ve probably seen my boobs. Please don’t acknowledge me while I’m working.’”

“[r/MeganBitchell is] just a collection of all the lewd pictures I’ve posted,” she explains. “The person that started the subreddit was nice enough to make me a moderator, so at least I kind of have control over it.” To her point, virtually every post in the subreddit that isn’t one of her selfies is a meme centered around them, but Bitchell’s thirst traps are not her only posts to go viral.

One of her earliest tweets to make the rounds was a picture of her next to a whiteboard, on which a sleep-deprived Bitchell drew a diagram to explain to her coworkers the QAnon conspiracy theories of the far right. Her illustration outlined all the earmarks of right-wing tinfoil hat orthodoxy, from Pizzagate and Jeffrey Epstein to Hillary Clinton’s emails, which conspiracy theorists allege contain evidence that Democratic operatives are running a child sex trafficking ring while working to subvert Donald Trump’s presidency.

Once the picture of Bitchell and her drawing spread to various internet forums, she suddenly attracted a mixed bag of Twitter followers, whose demographics ranged from Cumtown listeners to Trump supporters who somehow took her diagram as a sign that she was on their side.

That wouldn't be the last time that Bitchell’s political leanings would be misinterpreted. Last December, she uploaded a video in which she wore a Hamilton T-shirt, stood in front of a USSR flag and deliberately sang an off-pitch, ill-metered parody of “Twelve Days of Christmas.” The name of the song was “Twelve Days of Lizmas,” and the lyrical theme revolved around Sen. Elizabeth Warren.

“People are like, ‘Oh, you’re Meg Bitchell,’ and I’m like, ‘Oh, that’s so weird. That means you’ve probably seen my boobs. Please don’t acknowledge me while I’m working.’” – Megan Bitchell


“This is awful. I’m just going to send it out into the universe,” she recalls saying upon the video’s upload in December 2019.

Thousands of Twitter users were rather vocal in their agreement that the song was awful, most of them unaware of its satirical nature. Many Trump supporters interpreted the video as a sincere gesture of support toward Warren’s presidential campaign, while other conservatives erroneously inferred from its tongue-in-cheek tone that she, too, was a Trump supporter.

When Warren dropped out of the presidential race, a journalist even posted and mocked the video without seeing the irony behind it. This is how Bitchell found out about Warren’s withdrawal.

Bitchell prefers to keep her precise political leanings at least somewhat ambiguous, but given her loose affiliation with the dirtbag left, her core beliefs aren’t exactly a mystery.

Bitchell’s political views were shaped by her upbringing in Arlington. Her parents divorced when she was 8, in 2008, the same year that her house was foreclosed on amid the housing crisis. Her father, whom she describes as a “deadbeat,” was delinquent in child support payments, just as her mother was living hand-to-mouth in a rental house while raising her and her older sister.

“All of this shit just kept piling up,” she remembers.

Bitchell’s zealous social media following began to develop around the time she graduated high school in 2018 and enrolled at UNT. She initially wanted to study prelaw, but she became quickly disillusioned by the idea and changed her major to English rhetoric. She now works as an audiovisual technician for the university, but because of COVID-19, she has been out of work since the week after spring break.

Before lockdown began, she performed stand-up comedy at a handful of open mic events on campus and starred in a student short film titled Killer Comedy. In the film, Bitchell plays a stand-up comedian who heckles back at a heckler, who then turns out to be a serial killer.

With her comedic aspirations and AV career on hold, Bitchell is honing her brand of comedy on Twitter while making some extra money on the side from Twitch streams. People who can turn social currency into actual currency are few and far between, but Bitchell is not a delusional “influencer” who conflates her social media virality with actual fame, even if it leads to awkward interactions on campus and on Tinder.

“There are some people in Denton who, as soon as they get 2,000 followers, they’re like, ‘I’m famous. Nobody touch me,’” she says. “Whenever anybody gets mad at something I post, I’m just like, ‘I’m just a 20-year-old that has never done anything wrong.'”
KEEP THE DALLAS OBSERVER FREE... Since we started the Dallas Observer, it has been defined as the free, independent voice of Dallas, and we'd like to keep it that way. With local media under siege, it's more important than ever for us to rally support behind funding our local journalism. You can help by participating in our "I Support" program, allowing us to keep offering readers access to our incisive coverage of local news, food and culture with no paywalls.
Make a one-time donation today for as little as $1.