On His Own Dime, Preston Pannek Is Decorating Deep Ellum With Awesome Pop Culture References 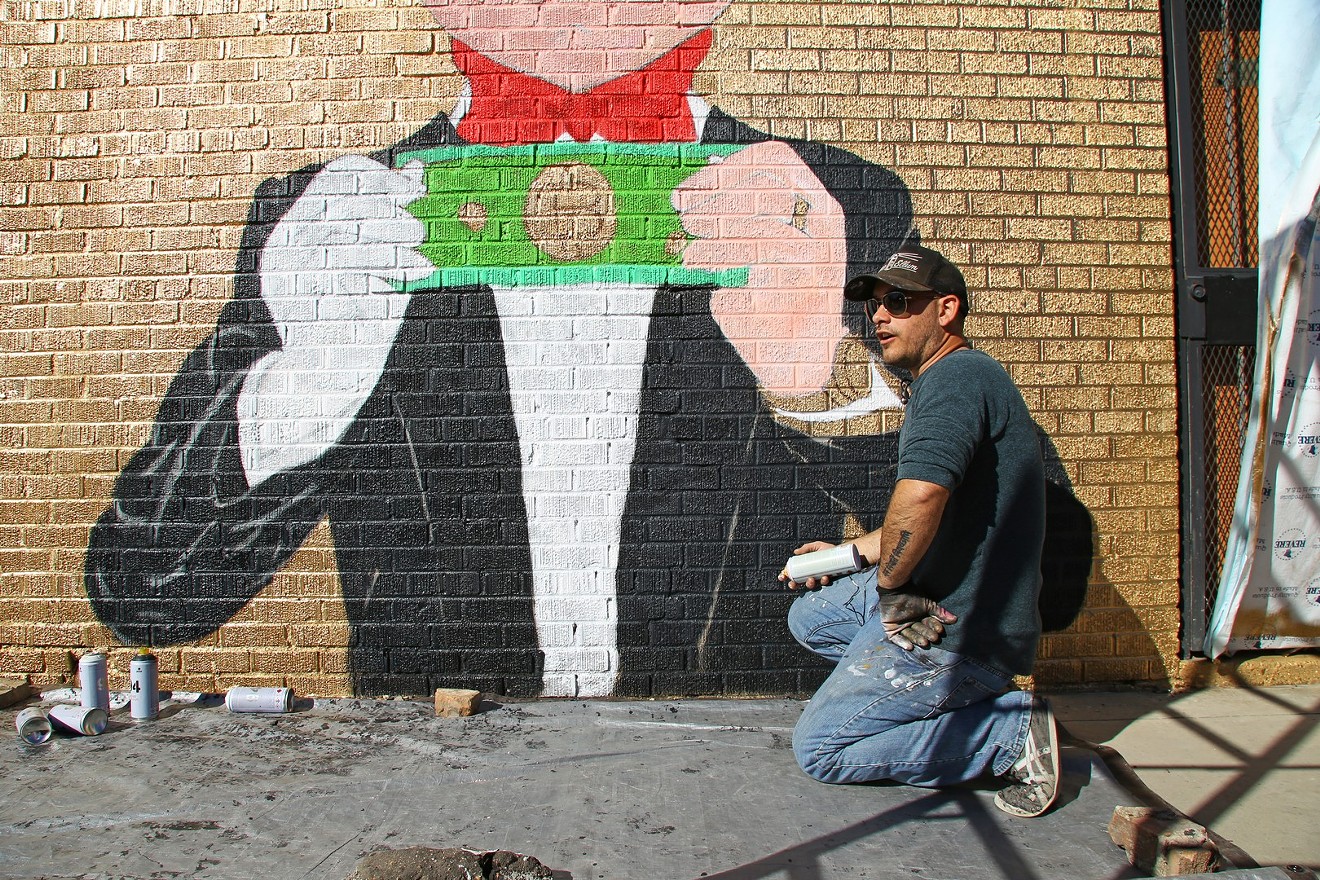 Preston Pannek with his "Wolf of Bitcoin" mural Roderick Pullum
A Dallas couple are showing their love for Deep Ellum through their free artwork. Painter and Lash Loft owner Preston Pannek and his girlfriend, Adrienne Creasey, have started the 10 Mural Project through their company, House of Pannek.

“We are starting off by donating 10 free murals to Deep Ellum and ending with a show at Deep Ellum Art Co. in May," Pannek says. "House of Pannek is more than just an art company. We would like, within the next year, to start representing other local artists. We want to help them understand the business side of art along with helping book commission jobs.”

Pannek is a self-taught artist who sold his first painting around 2005, and he’s been doing art shows ever since. He’s a relative novice, however, when it comes to murals. He learned the methodology during workshops with Isaac "Izk" Davies, held at Deep Ellum Art Company last summer. By July, Pannek had completed a mural on the west wall of the venue.


"When [graffiti] is done to small businesses who may not be making much of a profit it really hurts them. They could spend their entire profits from one day's work repairing or re-painting their building." — Preston Pannek

“In July of 2017 I painted ‘The Godfathers of Deep Ellum’ for Deep Ellum Art Company and I’ve been hooked ever since,” Pannek says. “Deep Ellum Art Company has helped me grow as an artist and muralist. I suggest anyone looking to become a professional artist in Dallas run to this location. The only way any of us are going to make it is by sticking together and helping each other out.”

Creasey and Pannek come up with mural designs together. The themes are intentionally light-hearted. Many of them cleverly mash up pop-culture concepts such as "The Wolf of Bitcoin," "Clockwork Duck" and "Mario Brothers Day Off."

“It’s hard to grab people’s attention nowadays when their face is shoved in their phones," Pannek says. "We had to think of a way to first stop them visually and second, emotionally connect them to a cartoon or the movie being used in the parody."

Each mural takes several days to complete. Add in the cost of supplies, and the 10 Mural Project is a sizable investment of time and resources. Pannek has found some of his canvases through friends, and others he's gotten permission to paint by simply walking into businesses and asking. 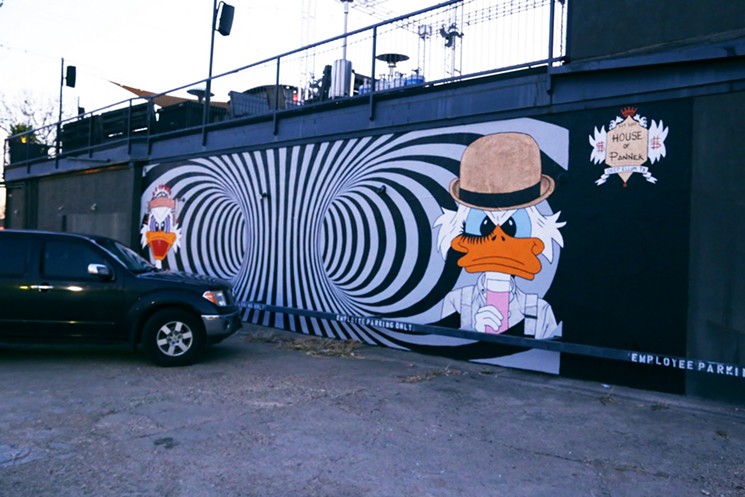 "Clockwork Duck"
Roderick Pullum
Pannek has lived in Deep Ellum for 10 years. He's concerned that there has been a recent uptick in small businesses being vandalized by random graffiti.

“It’s a part of graffiti culture and it’s always been around. But when it’s done to small businesses who may not be making much of a profit it really hurts them," he says. "They could spend their entire profits from one day’s work repairing or re-painting their building."

Pannek has done five murals so far and plans to to have all 10 finished before the Deep Ellum Arts Festival, which returns from April 6-8. He says his murals have already attracted attention and helped him to earn meetings and commissions with other businesses. Eventually, Creasey and Pannek plan to take their mural work to other Dallas neighborhoods. 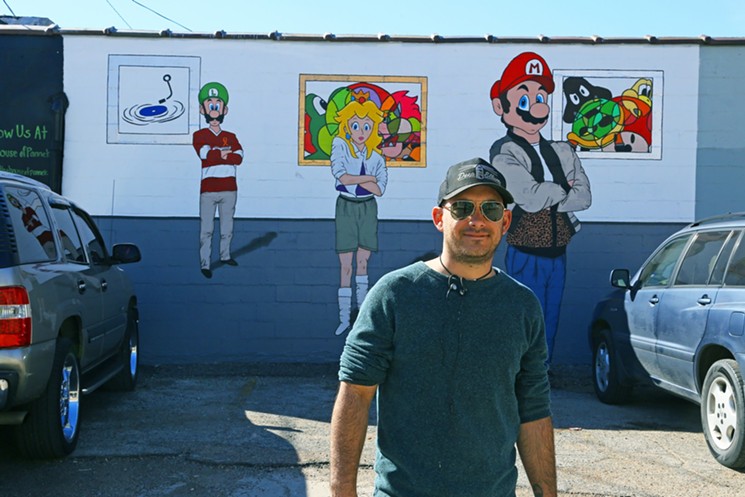 Pannek with "Mario Brothers Day Off."
Roderick Pullum
KEEP THE DALLAS OBSERVER FREE... Since we started the Dallas Observer, it has been defined as the free, independent voice of Dallas, and we'd like to keep it that way. With local media under siege, it's more important than ever for us to rally support behind funding our local journalism. You can help by participating in our "I Support" program, allowing us to keep offering readers access to our incisive coverage of local news, food and culture with no paywalls.
Make a one-time donation today for as little as $1.
Roderick Pullum
Contact: Roderick Pullum