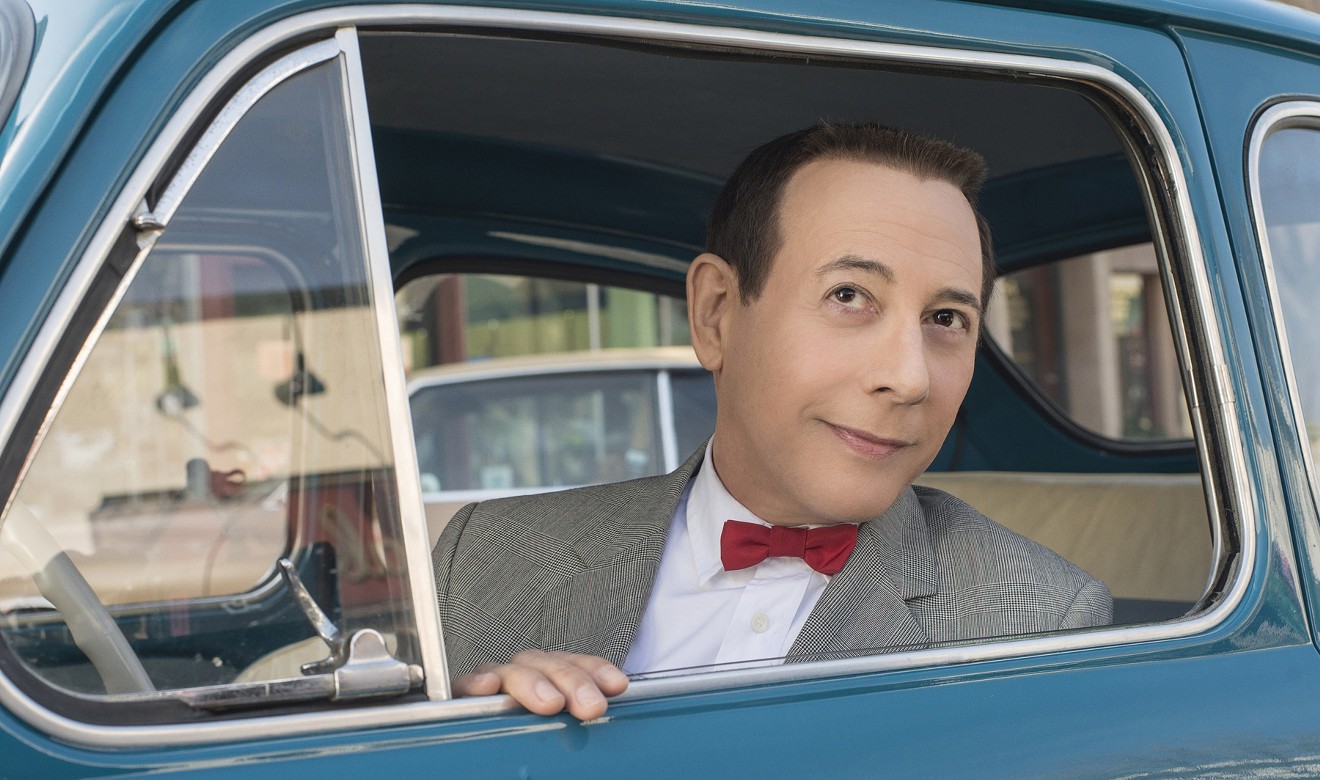 Paul Reubens revived his classic comedy character Pee-wee Herman in the Netflix film Pee-wee's Big Holiday. Glen Wilason
Another big name from the small and the big screens has been added to the list of celebrities for the Fan Expo Dallas in April. You first knew him as Pee-wee Herman, but you eventually learned that his real name is Paul Reubens.

The star of the cult comedy film Pee-wee's Big Adventure and the Saturday morning kids' show Pee-wee's Playhouse will be one the celebrities giving out autographs and handshakes to the attendees of the Fan Expo Dallas from April 6-8 at the Kay Bailey Hutchison Convention Center, according to an announcement posted on the convention's website.

Reubens shot to the peak of his stardom in the '80s with his Pee-wee Herman character. He created Herman as a member of The Groundlings comedy troupe in Los Angeles, working alongside other future comedy stars such as Saturday Night Live's Phil Hartman. The grey-suited, red-bow-tie-sporting man-child delighted nightclub audiences with his manic charm that mined humor out of kitschy toys, childhood comebacks botched jokes and always ended with Herman's signature laugh, according to a 2016 profile of Reubens in The New York Times.

The live stage The Pee-wee Herman Show gave the world its first glimpse of Pee-wee's Puppetland hideaway, which became the basis for his Saturday morning kids' show Pee-Wee's Playhouse on CBS from 1986-91. The stage show was a wacky parody of a kids' show that flirted with adult themes and featured a cast of zany playhouse pals, including Pteri the flying dinosaur and Giambi the genie. Hartman played the gruff sailor Captain Carl and carried the character over to Reubens's Saturday morning show.

The stage show became a massive hit, and Reubens and his writers adapted the show for a 1981 HBO special filmed at The Roxy Theatre in Los Angeles. The special got the attention of other cable networks, like MTV, and helped him become a popular, regular guest on NBC's Late Night with David Letterman.

The buzz around Pee-wee Herman reached a fever pitch when Warner Bros. Pictures offered Reubens a chance to bring his character to the big screen. The 1985 comedy film Pee-wee's Big Adventure about Pee-wee's cross-country trek to find his beloved bicycle earned a massive $40 million in domestic earnings on a $6 million budget, according to the website Box Office Mojo. It also marked the feature film debut of director Tim Burton, whom Reubens picked to helm the flick.


Reubens' arrest for indecent exposure in an adult film theater in his hometown of Sarasota, Florida, in 1991 and the media circus that followed brought his career to a brake-punching halt. CBS abruptly canceled Pee-wee's Playhouse. Herman also fell out of the rotation as a guest on the late-night talk show circuit and became a punchline for a while in monologues and sketches.


Reubens' arrest for indecent exposure in an adult film theater in his hometown of Sarasota, Florida, in 1991 and the media circus that followed brought his career to a brake-punching halt.

Reubens re-emerged under his real name with roles in films such as Buffy the Vampire Slayer, the superhero spoof Mystery Man and Ted Demme's Blow. Reubens kept Herman hidden for almost 20 years until 2010, when he staged Herman's comeback with a revival of his Pee-wee Herman Show. The stage show launched in Los Angeles and ended with a 10-week Broadway run that also scored his second HBO special.

Director Judd Apatow, who found mainstream success with hits such as Knocked Up and The 40-Year-Old Virgin, saw one of the Los Angeles shows and decided it was time for the character to make his big-screen comeback, too. Universal and Sony passed on the pitch, but Netflix jumped at the chance to release another Pee-wee Herman movie on its streaming media service in 2016 with Pee-wee's Big Holiday, another madcap road trip tale in which Pee-wee travels cross-country from his quaint small town on the advice of Magic Mike and Tru Blood star Joe Manganiello.

Reubens is the latest familiar name announced to appear at the Fan Expo Dallas in April. He will join the celebrity autograph and photograph row alongside Back to the Future actor Michael J. Fox, Jurassic Park and Independence Day star Jeff Goldblum, and others.