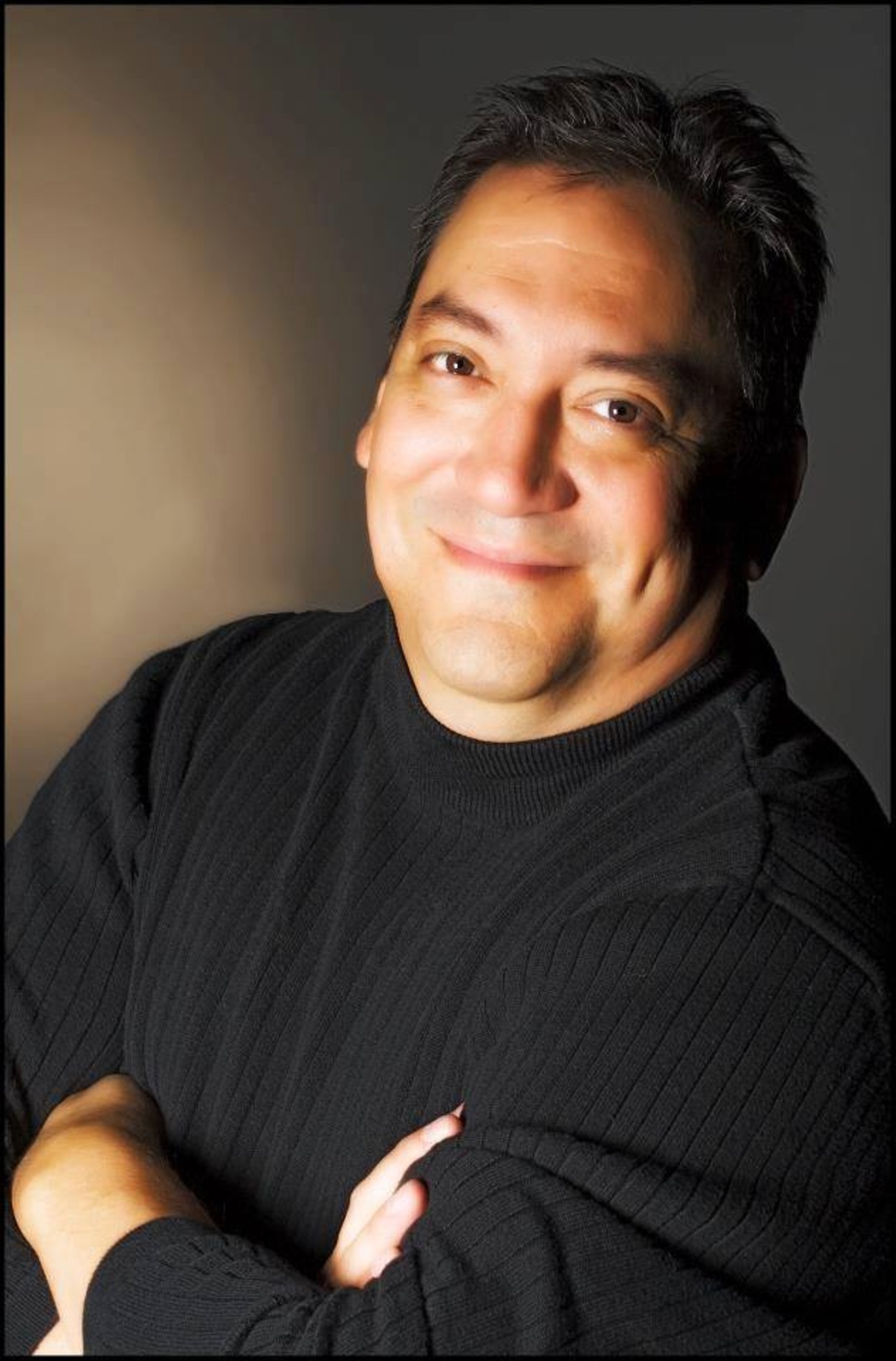 René Moreno died this week from surgery complications. via Rene Moreno on Facebook
Midway on his life’s journey, 31-year-old René Moreno fell through a five-story window and was paralyzed from the waist down. The freak accident, which occurred in his then-home in Washington, D.C., was the impetus for his return to Dallas, where he received physical therapy.

What could have been a devastating end of the stage actor and director's career instead marked the beginning of a successful time in Dallas, where Moreno worked with almost every theater company. Tuesday night, the Dallas theater community came together on social media to mourn Moreno’s passing. He died from heart failure following complications from a surgery. He was 57.

Tributes poured in from actors, directors, designers and admirers of Moreno. Many spoke fondly of his willingness to give actors with undeveloped potential a chance. Young actors said he encouraged them to keep going in an industry that is often unforgiving of a sparse resume.

The Dallas native attended high school at Booker T. Washington and went on to study at Southern Methodist University. While a senior at SMU, Moreno was given the chance of a lifetime: He was cast as Mozart’s understudy in the Broadway production of Amadeus.

Moreno worked in regional theaters throughout the country, including The Public Theater in New York and Houston’s Alley Theatre.  After his accident brought him back to Dallas, he returned to SMU for an MFA in directing and became artistic associate for Shakespeare Dallas. He was was on deck to direct Titus Andronicus, one of Shakespeare’s rarely produced and most violent plays, in the fall for the company.

Moreno was also a longtime collaborator of WaterTower Theatre. Artistic director Joanie Schultz released this statement late Tuesday evening: "We at WaterTower Theatre are deeply saddened by the passing of René. He was an important artist in our WaterTower family, and directed work that impacted our artists and audiences alike. His presence is something that has marked us all and will remain with us always."

At the time of his death, Moreno was directing Wingspan Theatre Co.’s staged reading of Rose, which will open this weekend as planned.

Moreno is survived by his longtime partner, Charles McMullen.