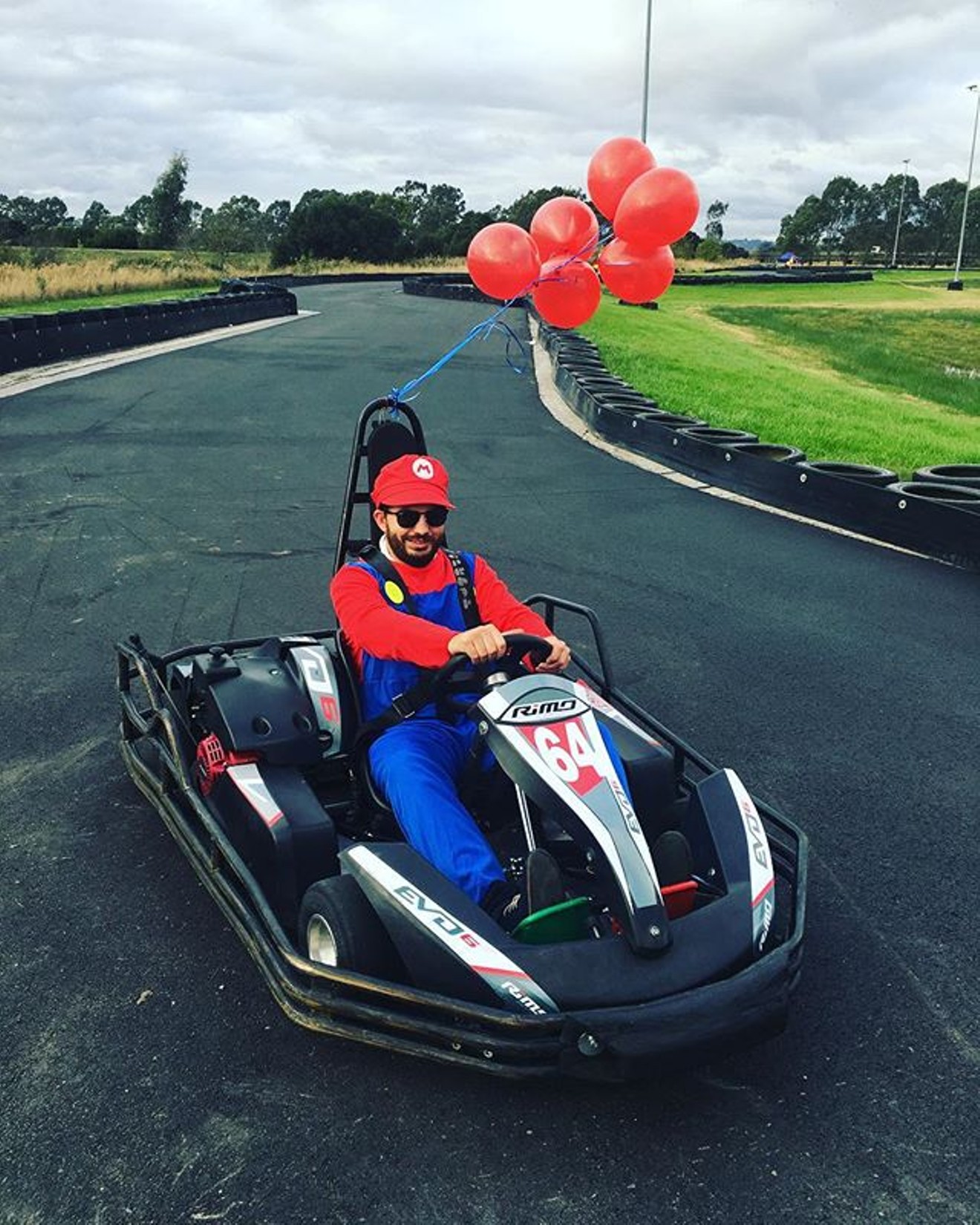 You've played "Mario Kart" all your life — from the day you could learn how to use your reflexive responses to dodge green turtle shells.

This is your moment to actually use those skills to acquire money, and this time, you'll need more than your thumbs to win.

The Mushroom Rally go-kart league will host a qualifying tournament somewhere in Dallas on Sunday, April 21. The winner of the race will earn a spot to race in Las Vegas for the Mushroom Rally global champion title against racers from 15 other cities, including Los Angeles, Denver, Cincinnati and Liverpool and Manchester, England.

Each race will pick a roster of racers from the list of people who purchased tickets for the event. The racers will battle it out on built go-karts in appropriately themed costumes provided by the organizers of the event. So no need to take your Yoshi suit to the cleaners.

Just like its inspiration, the racers will collect stars from a series of races and the top three highest star earners will get to battle for the championship in Las Vegas later this year.

The race will be at an undisclosed location in the city, except that it won't be a street race. The track will be indoors or outdoors and located somewhere "approximately 20 minutes north of downtown Dallas," according to the ticket page.


The race for the championship in Las Vegas is for adults only, but the event will also have a junior racing event. Adults must be taller than 4 feet, 10 inches and weigh no more than 300 pounds to participate. The event will run races starting at 9 a.m. in two-hour runs for participants who purchased tickets for these specific time blocks, and ticket sales will be "extremely limited," according to the website.
KEEP THE DALLAS OBSERVER FREE... Since we started the Dallas Observer, it has been defined as the free, independent voice of Dallas, and we'd like to keep it that way. With local media under siege, it's more important than ever for us to rally support behind funding our local journalism. You can help by participating in our "I Support" program, allowing us to keep offering readers access to our incisive coverage of local news, food and culture with no paywalls.
Make a one-time donation today for as little as $1.