We Smoked Some Delta-8 THC ... for Science 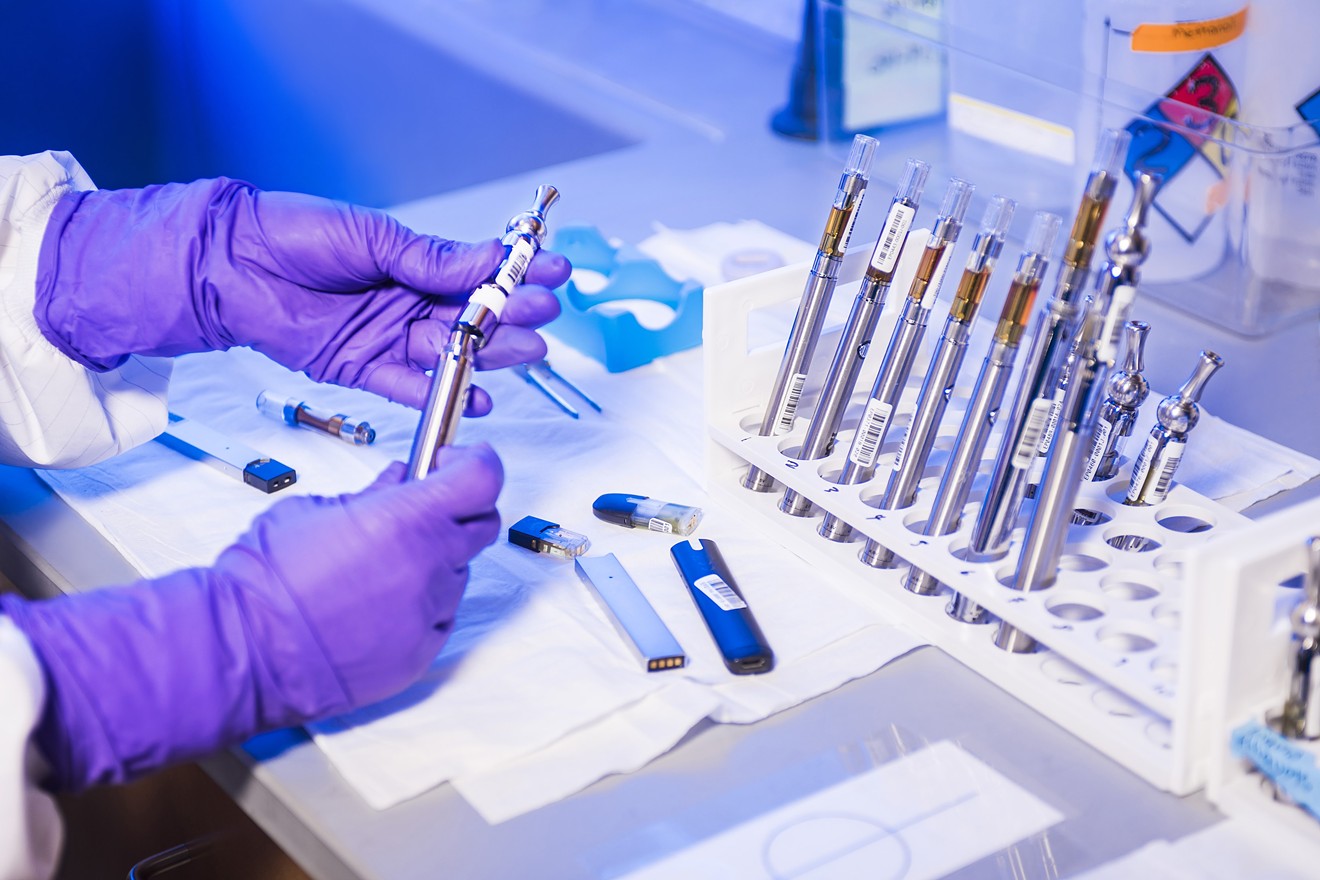 We smoked the new Delta-8 for you and our love of science. Centers for Disease Control/Unsplash
Although consuming CBD (cannabidiol) is ever more popular for a number of health benefits and is now federally legal, it will never replace Delta-9 tetrahydrocannabinol, or Delta-9 THC, in the hearts and minds of stoners. But, Delta-9 THC, which gives cannabis its "high," has a cousin. Meet Delta-8 THC, a cannabinoid that left us high, happy and hungry.

“The benefit is a very clear-headed, engaged high, without anxiety or fogginess, and this is ideal for Delta-9 THC patients who want the benefits without being ‘stoned,’" says Nina Than, director of sales for Denex Hemp Co.

Chemically, Delta-8 and Delta-9 THC have almost identical properties. Delta-8 has less psychotropic effect than Delta-9, but it's also less common in nature. Only traces of Delta-8 are found in the cannabis plant, which means extracting it directly from hemp isn't economically feasible. Delta-8 THC could, however, be derived from hemp's plentiful CBD through the wonders of chemistry, which raises a thorny question over legality.

Some contend that the 2018 U.S. Farm Bill, which legalized the production of hemp and its derivatives, means that Delta-8 THC derived chemically from hemp-based CBD is legal, but federal law also bans synthetic THC of all kinds. Unfortunately the definition of "synthetic" isn't black and white, and the Drug Enforcement Agency is responsible for drafting hemp rules under the farm bill. You don't need second sight to guess which side the DEA would come down on.

Meanwhile, law firms have been writing online about the issue, noting that no federal court has ruled on hemp-derived Delta-8 THC under the farm bill, though several states outside Texas already ban the substance regardless of its source. The lawyers also point out that the odds the feds meant to allow a loophole in its war against marijuana are long. So, either Congress will have to provide clarity (as if) or we'll need a test case to go to court. (Volunteers?) Before you put up your hand, check out these articles about the drug's legality. Too much to read, potential test-cases? Then try this quote from Coats-Rose, law firm:

"We do not believe the DEA Rule altered the legality of hemp-derived Delta-8 THC. However, that doesn’t mean the DEA isn’t trying wrangle it back in or isn’t looking for someone to make an example out of. Being the example, even if the end result is a win, would likely be a lengthy, expensive and potentially traumatizing experience. Proceed accordingly."

In the meantime, some producers are acting on the assumption that it's federally legal and selling Delta-8 THC.

“While it can alter and elevate your mood, it is far less intoxicating and much more functional without the paranoia associated with Delta-9 THC.” – Nina Than

According to research studies done over the years, Delta-8 is a pain reliever, inhibits tumor growth, counteracts nausea and is an appetite stimulant. That is just the tip of what scientists know about Delta-8's medicinal properties. That said, Delta-8 THC can also leave users feeling clear-headed, calm, focused and motivated.

“While it can alter and elevate your mood, it is far less intoxicating and much more functional without the paranoia associated with Delta-9 THC,” Than says. Delta-8 is also great for pain management and helps with relaxation, in a manner similar to CBD.

We were lucky enough to try some Delta-8 THC. Once we recovered from the standard teary-eyed cough aftermath that comes with inhaling a large amount of smoke, we were, clinically speaking, high as shit. It was unlike any other feeling we had experienced from cannabis products. (And we've tried them all.)

After the effects wore off, the one thing that left us really concerned (but not really) was the fact that we indeed felt clear-headed and somehow high at the same time. Call us crazy, but that was exactly how it felt.

It was only a matter of time before productive potheads found a way to get Delta-8 to consumers who need it. Delta-8 could benefit people in a state like Texas, which doesn't seem to be letting up on its war against cannabis anytime soon. The legalization of hemp and CBD was a step in the right direction, but CBD may not be the best suited cannabinoid for some people, depending on their conditions. There are other cannabinoids like CBN, CBG and now Delta-8 THC, that could help users find the relief they need.

“We would like to see Delta-8 be as common and easily accessible as CBD,” Than says. “Anecdotal evidence and the feedback from our customers cause us to believe that it can be a major cannabinoid to be used in alternative medicine.”
KEEP THE DALLAS OBSERVER FREE... Since we started the Dallas Observer, it has been defined as the free, independent voice of Dallas, and we'd like to keep it that way. With local media under siege, it's more important than ever for us to rally support behind funding our local journalism. You can help by participating in our "I Support" program, allowing us to keep offering readers access to our incisive coverage of local news, food and culture with no paywalls.
Make a one-time donation today for as little as $1.