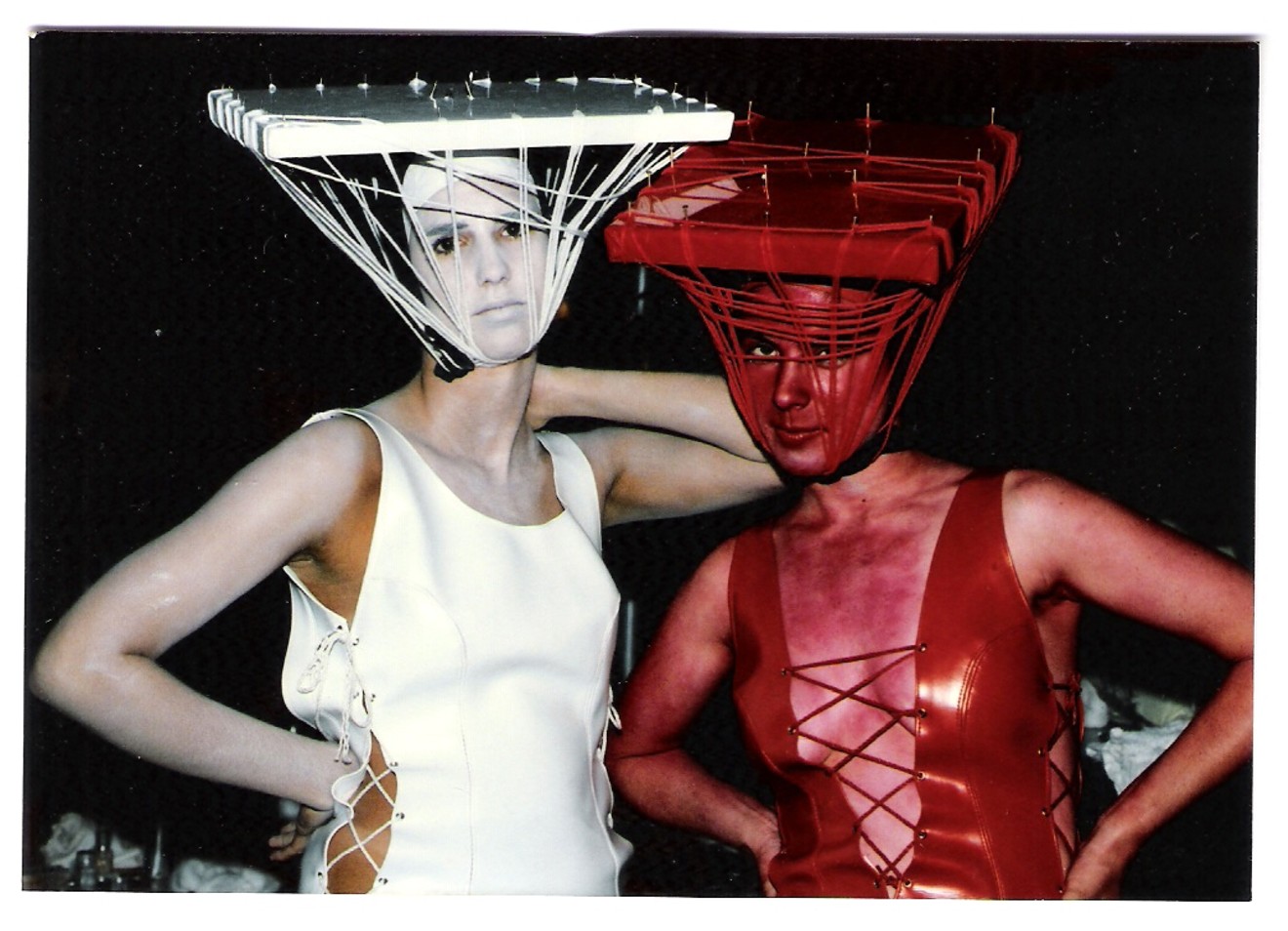 Club Kids had nothing on clubgoers at Dallas' Starck Club. courtesy Greg McCone
The 1980s were a time of immense upheaval for popular music. Established genres like rock were thrown for a loop as music videos blew up and MTV made bands' aesthetic presence just as important as their sound. Meanwhile, up-and-coming genres like hip-hop were laying the groundwork for their impending cultural dominance.

While these movements are historically associated with coastal cities (and also for some reason Minneapolis), Dallas artists were also making their mark and helping to inform the culture of the decade.

The city's nighlife was booming thanks to the infamous Starck Club, whose hedonistic patrons partied hard before the space flamed out in a post-disco inferno, closing in 1989. Dallas continued its great tradition of blues, and Oak Cliff's Stevie Ray Vaughan cemented himself as a guitar hero before his untimely death in 1990.

Many great local artists brought the sound of the '80s to Dallas, but here are five North Texas songs from the '80s you might not have heard, but should.

The Telefones, “Rocket, Rocket”
Before post-punk made it to the assembly line of mass music distribution that was MTV in 1981, few bands in the southeastern U.S. were ahead of the curve. Luckily, Dallas boasted one of the most esoteric yet artistically proficient exports of that time before the genre even took off.

The Telefones expounded on a sound whose seeds were planted by earlier predecessors in the United Kingdom, whose boundary-pushing sound didn’t quite yet enjoy the mass medium of MTV in the late 1970s, when The Telefones first formed.

Still, a handful of bands heard the reverberations of the earthquake before it made landfall, so to speak, and The Telefones was one of them. They were alternative before the words “alternative rock” were ever used consecutively in a sentence to describe a subgenre of rock music.

While every song from their seminal album Vibration Changes would equally suffice as a placement in this list, “Rocket, Rocket” is just so damn upbeat and in-your-face. Everyone should listen to it. Fila Fresh Crew, “Dunk the Funk”
We’re not trying to belabor the point that The D.O.C. is from Dallas, but before he achieved acclaim and fame for his work with N.W.A., the Oak Cliff-based rapper was in foundational Dallas hip-hop outfit Fila Fresh Crew.

Fila Fresh Crew are perhaps best known for their appearance in a Priority Records compilation album dubbed N.W.A. and the Posse, on which their most acclaimed and commercially successful single, “Dunk the Funk,” appeared. But around the same time that happened, the single made the cut on their Tuffest Man Alive EP.

Fans of golden age hip-hop artists like EPMD, LL Cool J and Ice-T should take heed. Edie Brickell and New Bohemians, “Love Like We Do”
Try to completely forget that Edie Brickell is married to Paul Simon. Even if she had married to a urine-soaked Messiah claimant preaching the end times to unsuspecting passersby, she and the New Bohemians would still deserve all the acclaim in the world for the fantastic record Shooting Rubberbands at the Stars.

Arguably the best song from this album is the fifth track, “Love Like We Do,” a new wave/jangle pop cut that recalls contemporaries like The Bangles and classic jangle pop pioneers like The Byrds and Big Star.

For good reason, Brickell and her Bohemians were one of Dallas’ most hyped acts of the 1980s, being a frequent mainstay at Deep Ellum venues Club Dada and Theatre Gallery. The Nervebreakers, “Girls Girls Girls Girls Girls”
The Nervebreakers are well known for their work with late psychedelic rock pioneer Roky Erickson, and even more known for opening that one Sex Pistols show that happened that one time , but they are also rightfully known as one of the area’s earliest and most seminal punk bands.

In case you weren’t keeping up, that song said the word “girls” five times, or 167% more “girls” than the title of that terrible Motley Crue song. Brave Combo, “New Mind Polka”
Denton jazz-polka fusion legends Brave Combo have it all: Grammys, love from friends and locals, love from Matt Groening, etc. But Brave Combo also has the distinction of being one of the most hyped fixtures of North Texas’s music scene over the past century.

That, of course, is not hyperbole.

Musically, Brave Combo has managed to have the scientific precision of a jazz band, while culturally having the street crew of a punk rock band all the same. For this reason, they commonly played now-legendary venues such as Hot Klub and Poor David’s Pub back in the 1980s.

You should listen to their 1987 album Polkatharisis.
KEEP THE DALLAS OBSERVER FREE... Since we started the Dallas Observer, it has been defined as the free, independent voice of Dallas, and we'd like to keep it that way. With local media under siege, it's more important than ever for us to rally support behind funding our local journalism. You can help by participating in our "I Support" program, allowing us to keep offering readers access to our incisive coverage of local news, food and culture with no paywalls.
Make a one-time donation today for as little as $1.