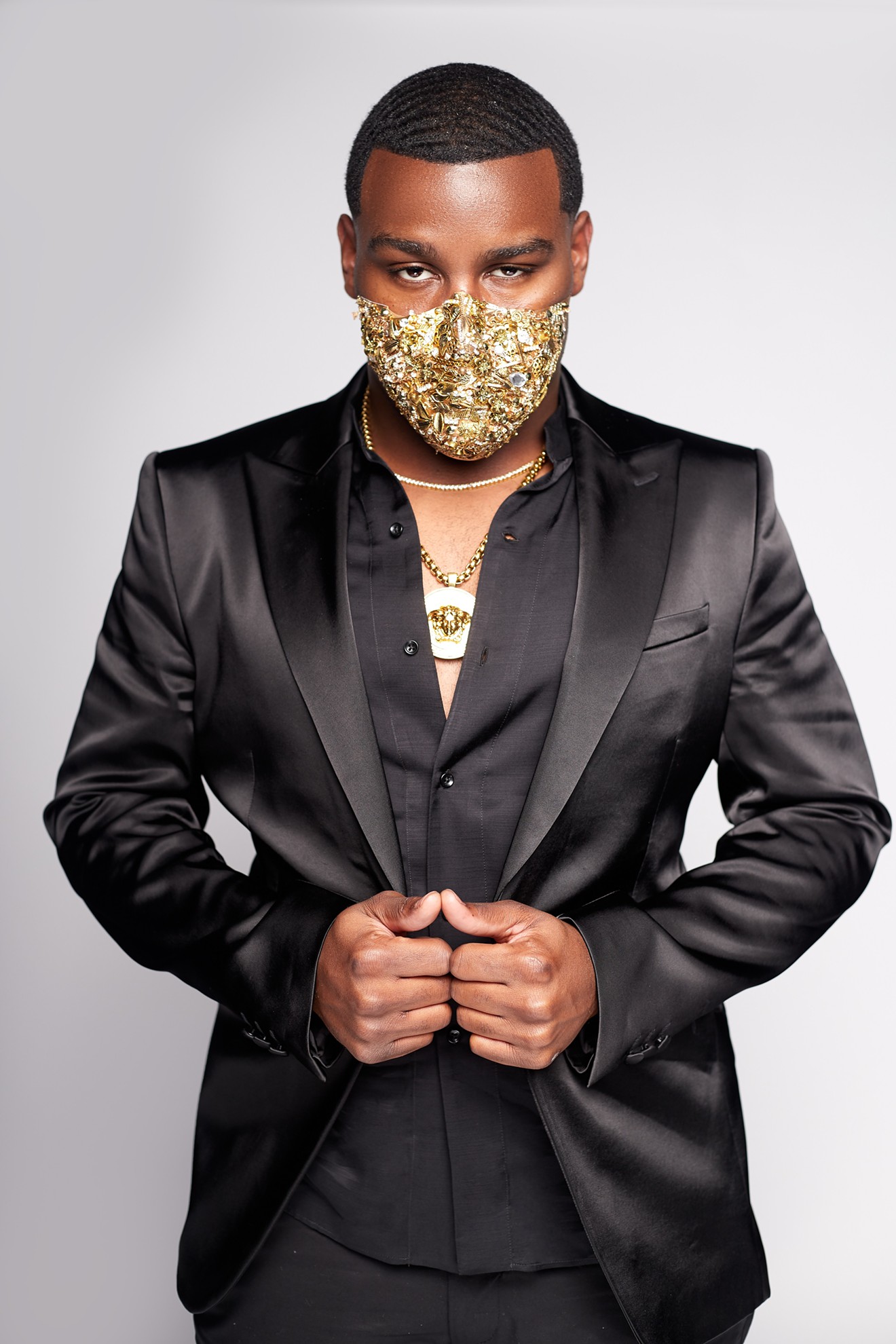 Stylist Jonathan Wright was recently booked to bring flair to Nikki Minaj's colorful coiffures. Marcus Owens
At age 15, stylist Jonathan Wright discovered his love of fashion and launched his career as a wardrobe consultant in Dallas. Although mostly famed for hair design, Wright didn’t discover his passion for hair until about four years ago, when a client, singer Just Brittany, was getting ready for the 2016 BET Awards.

“Her hairstylist bailed on her last minute,” Wright recalls. “And when that happened, I was like, ‘Look, I can do it.’ Having been around hairstylists all the time, I had an idea of how to do hair, and when I did it, it just came out right.”

Wright, 22, has since gone on to style hair for the likes of Tori Brixx, Alexis Skyy and K. Michelle. He was also recently booked by Nicki Minaj to collaborate on a top-secret project. Wright offers many services, including hair styling, coloring and wigs.

It's a Friday morning at Weekend Coffee in downtown Dallas. In a few hours, he is scheduled to meet with clients to style their hair before JMBLYA 2019, though he isn't excited about any of the festival's performers in particular.

Wright’s portfolio boasts several A-list clients, and his schedule for the weekend is no different. It includes the famous locks belonging to Bhad Bhabie ( Of "Cash me ousside" fame) and Asian Da Brat. The name Yung Miami from City Girls comes up.

“I’ll probably end up doing her hair too,” Wright says confidently, with a grin on his face.

Apart from his music clients, Wright has styled people from television programs like Basketball Wives and Love & Hip Hop. His work has been featured in Billboard, Fashion Times and StyleSeat. Although he admits that working in the entertainment industry can be stressful, he says it’s no different from working with non-celebrities and advises those seeking a career in the entertainment industry to just be themselves.


"People just need to start putting themselves out there and making connections with other people from around the world.” — Jonathan Wright

“If you’re good at what you do, everybody will gravitate toward you,” Wright says, “but don’t try to be somebody that you’re not. You can be around toxic people on a regular basis, but you just have to know how to control your energy. That’s how I get through stuff; I do me. Because if I try to do what everyone else is doing, my energy’s gonna be off.”

Wright’s work has allowed him to travel around the world. Following JMBLYA in Dallas and Austin, Wright will be going to Japan for another top-secret project.

“Dallas, I feel like, is creative, but it doesn’t get enough recognition because people aren’t aware of their own creativity,” Wright says, “People just need to start putting themselves out there and making connections with other people from around the world.”

As a young, black entrepreneur, Wright cites himself as his biggest inspiration and advises those wanting to follow in his footsteps to execute any and all of their ideas, as he feels that is the best way to learn what works and what doesn’t, and the best way for one to find their true passion.

“I try to be open-minded,” Wright says. “It’s better to go after something, then fail, then learn from that mistake, than it is to not go after what you want and wonder how it could’ve been.”
KEEP THE DALLAS OBSERVER FREE... Since we started the Dallas Observer, it has been defined as the free, independent voice of Dallas, and we'd like to keep it that way. With local media under siege, it's more important than ever for us to rally support behind funding our local journalism. You can help by participating in our "I Support" program, allowing us to keep offering readers access to our incisive coverage of local news, food and culture with no paywalls.
Make a one-time donation today for as little as $1.